Home Real Housewives of Beverly Hills News Lisa Rinna Claps Back at Sutton Stracke’s Claim of Inviting Lisa and Harry as Her Guests to Elton John’s Gala, Plus Sutton Addresses Erika’s Use of the Word “Allegedly”

Lisa Rinna Claps Back at Sutton Stracke’s Claim of Inviting Lisa and Harry as Her Guests to Elton John’s Gala, Plus Sutton Addresses Erika’s Use of the Word “Allegedly” 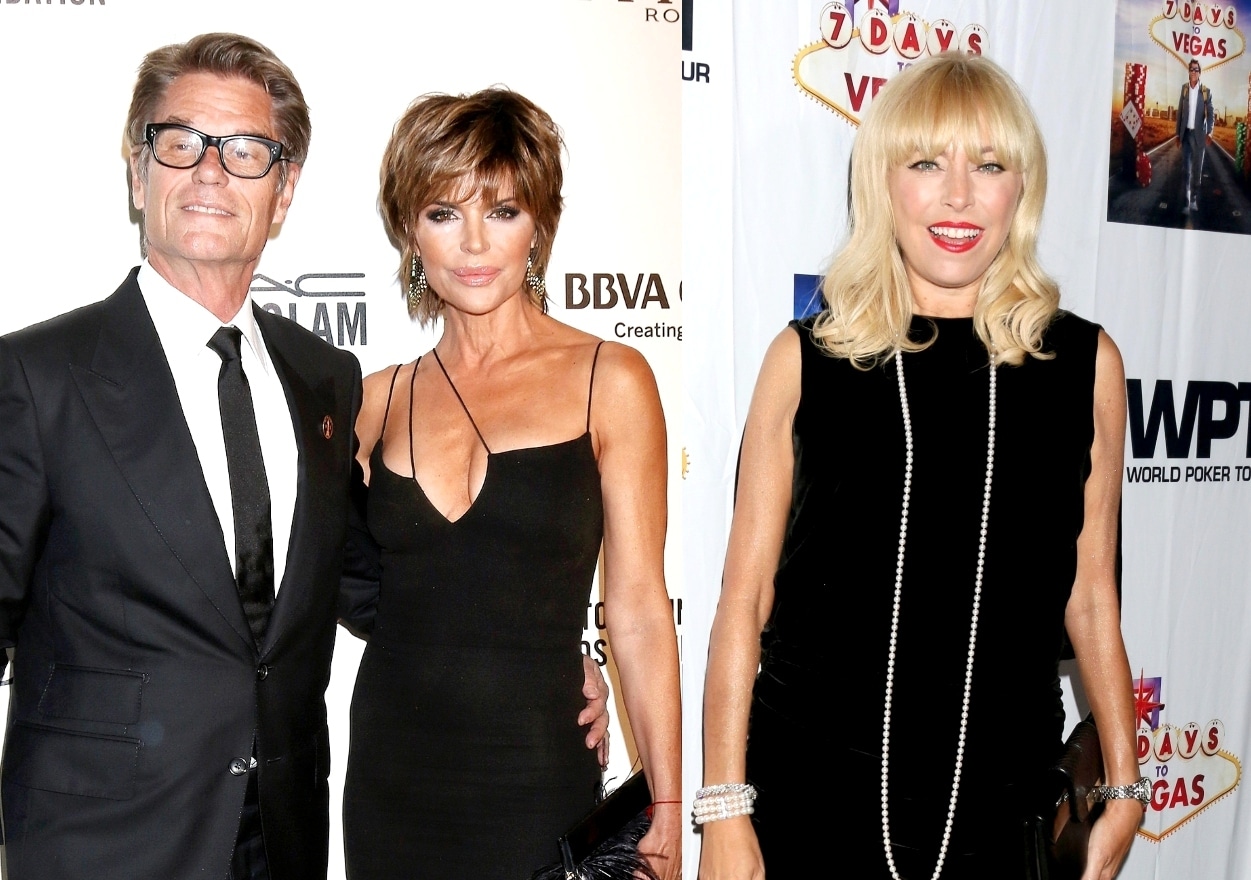 Lisa Rinna is clapping back at Sutton Stracke after she spilled some tea about the actress and her husband Harry Hamlin as Sutton also weighs in on Erika Jayne‘s use of the word “allegedly” on the latest episode of Real Housewives of Beverly Hills.

While discussing whether Lisa was “reaching” when she called out Garcelle Beauvais for not thanking Harry for a second time after he made her his famous sauce, Sutton took the opportunity to share a little “tell-tale” of her own.

“A few years ago, Harry and Lisa both came with me — I invited them —  to the Elton John gala,” she told Andy Cohen on the September 22 episode of Watch What Happens Live. “And they came with me as my guests… I never got a thank you.”

Then, during the commercial break, Sutton informed Andy that she purchased Lisa and Harry’s tickets for a staggering $10,000 apiece. But they weren’t the only ones discussing the situation during the break as Lisa took to Instagram to share her side of the story.

“We didn’t come as your guests [Sutton],” she wrote. “[Elton John] invited us to his event, you asked us to sit at your table. So we did. Let’s just make that clear.” 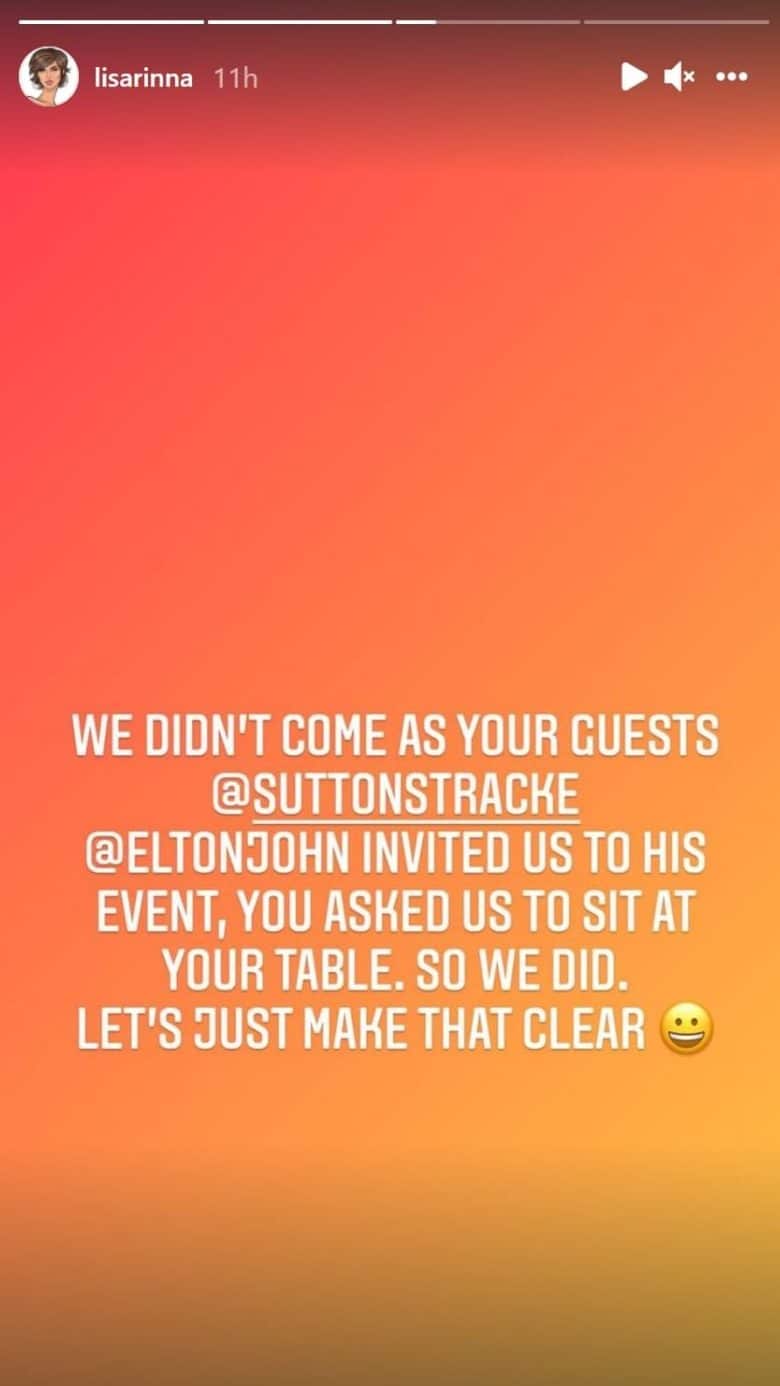 Lisa didn’t stop there, though, as she also asked her followers to donate to Elton John’s Aids Foundation after recalling attending the gala back in 2006.

“We’ve gone to the fabulous Elton John Oscar party for years,” she explained. “I remember going in 2006 while I was doing [Dancing with the Stars] and dancing the night away. We love Elton John and [David Furnish]. It’s truly incredible all the money they have raised for the Elton John Aids Foundation.” 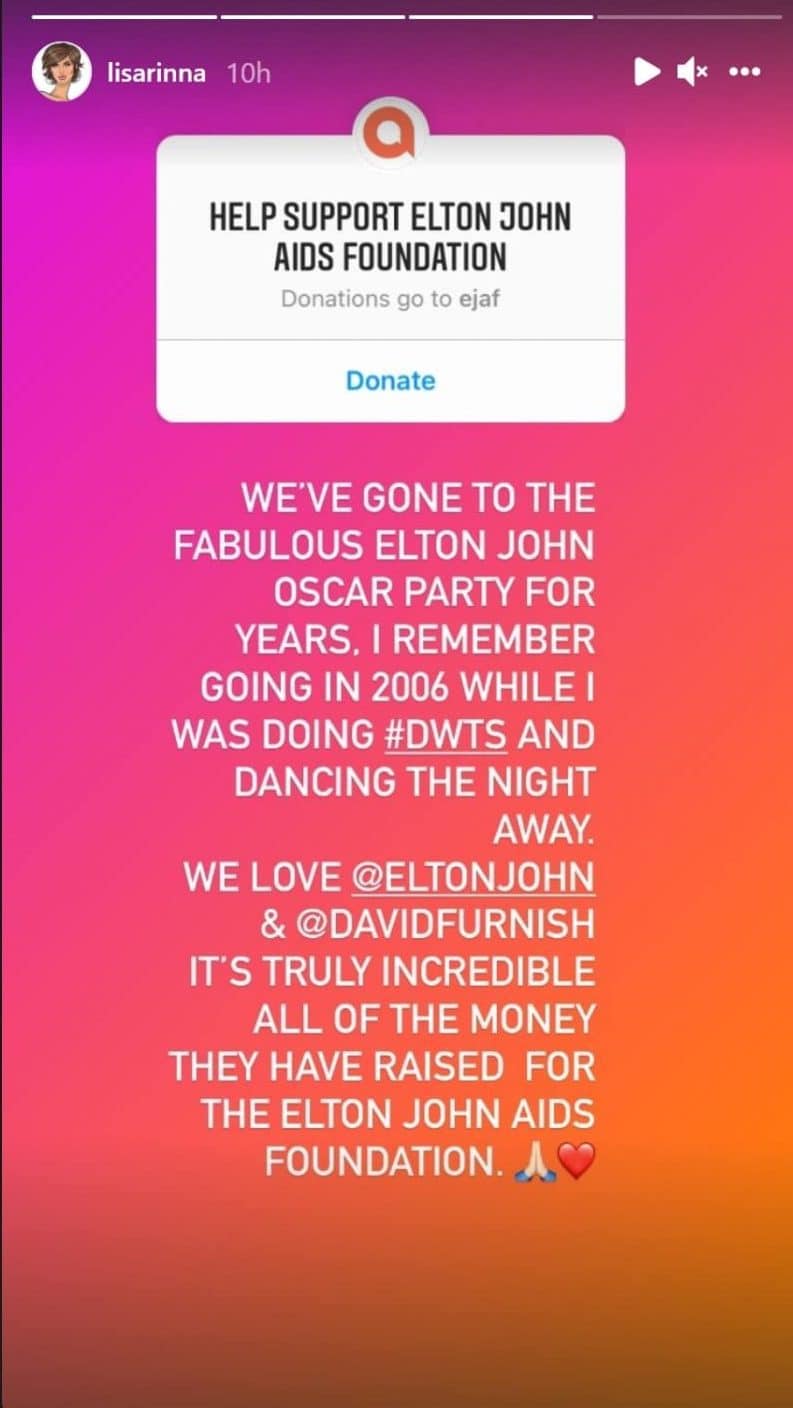 Of course, following Lisa’s posts, Andy shared her reaction with Sutton, stating, “Lisa Rinna just posted on her story to you that they did not come as your guests, that Elton invited him.”

“We’re gonna have words about this,” Sutton responded. “I purchased them for them.”

She added, “Perhaps they did not know that I actually bought those tickets for them. Maybe that’ a miscommunication.”

During the show, Andy also asked Sutton about Erika’s use of the word “allegedly” while discussing the brain injury her estranged husband Thomas Girardi supposedly suffered during his car accident.

“She started to have to, right?” Sutton claimed, likely referring to advice Erika’s attorneys have given her due to the lawsuits filed against her.

It was clear that Sutton didn’t want to give too much away, but Andy promised Erika would be addressing her choice of words at the upcoming reunion.