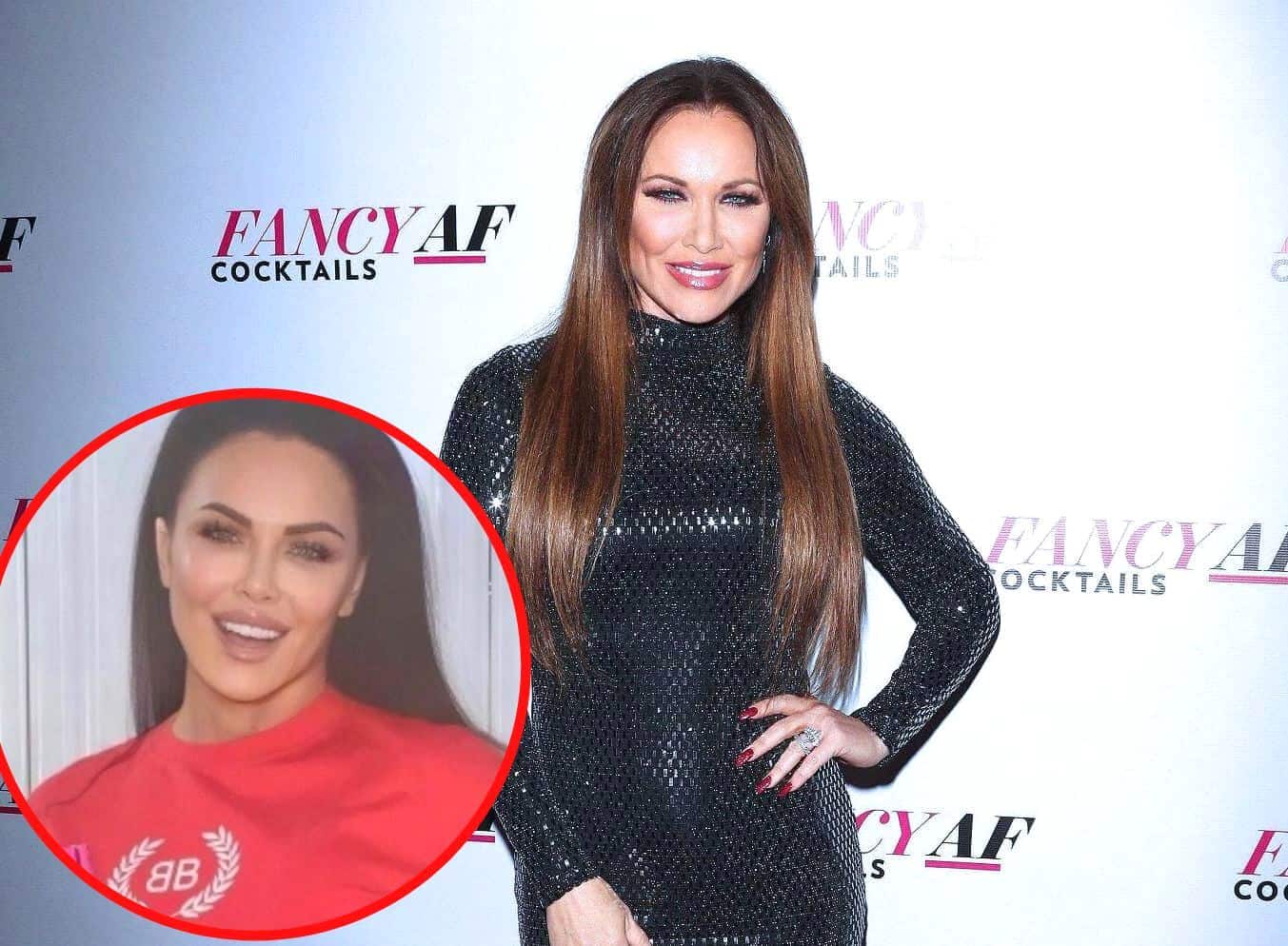 LeeAnne Locken is turning heads for all the wrong reasons.

After sharing a photo of herself promoting a weight loss product on Instagram, the Real Housewives of Dallas alum was met with a bevy of comments from her fans and followers, many of whom accused her of over-filtering herself and others who questioned whether or not the image was actually of her.

“Listen ladies, these [BOOMBOD] shots do it for me EVERY TIME I can’t say enough about them! They’re only 10 cal and are designed to cut cravings while keeping energy levels UP. And right now they’re Buy One Get One FREE at Boombod.com,” LeeAnne had written in the caption of the ad, which included two photos. “I’m craving sunshine and SO ready for a hot girl summer, who’s in?!!! Head to my stories to click the link.”

“You’re telling me this is LeeAnne Locken???” they asked. 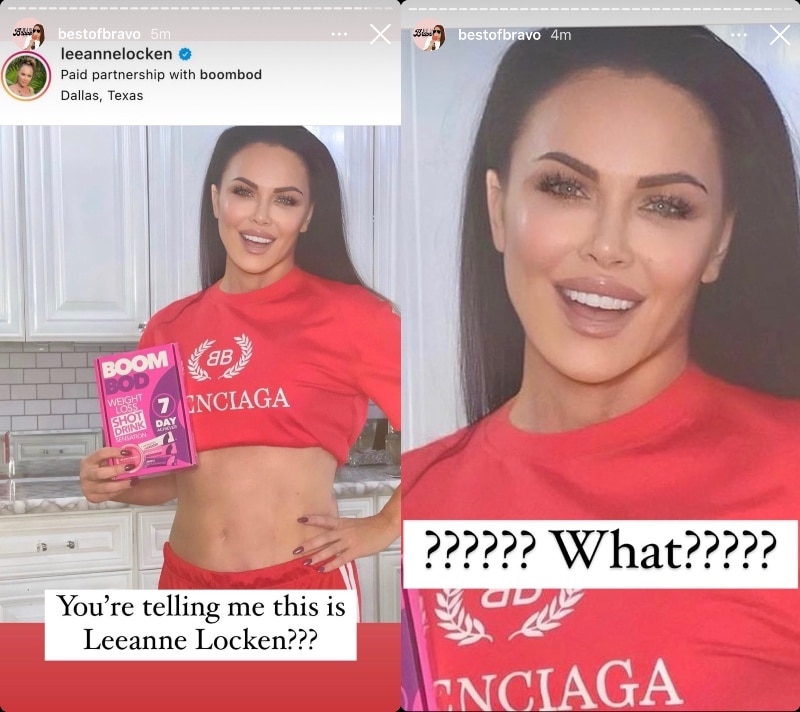 In addition to sharing the image above, LeeAnne also posted a second photo of her ad. 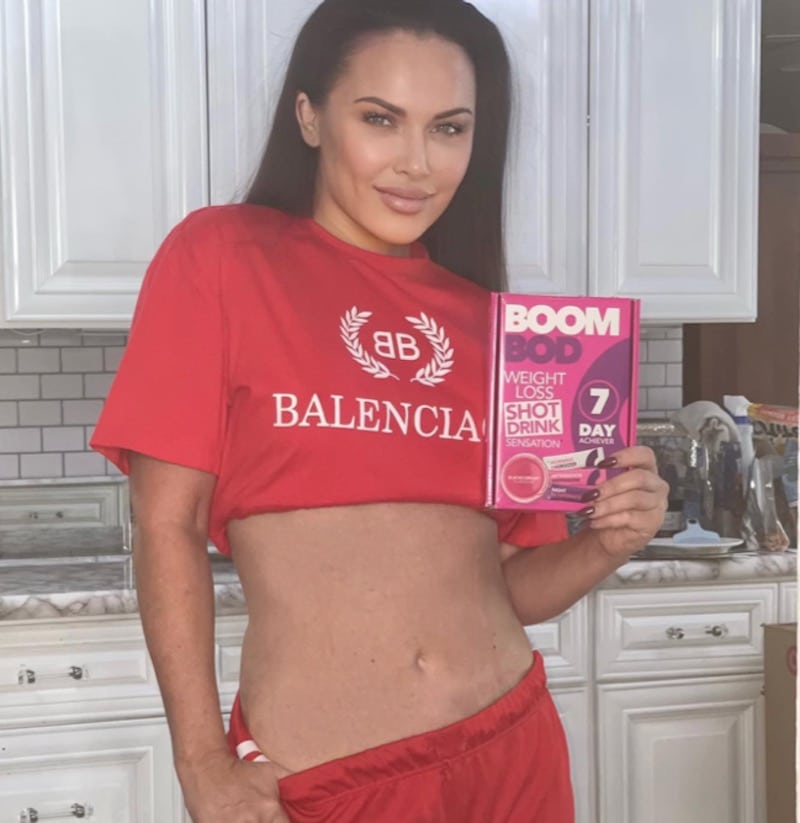 After taking a look at the pic, LeeAnne’s fans and followers shared their thoughts.

“OMG [catfish]. Come on girl. [You’re] a beautiful woman. No more filters!! You don’t need them!!!” one person stated.

“Who is this?” asked another.

Another person added, “Wait who is this a picture of?” 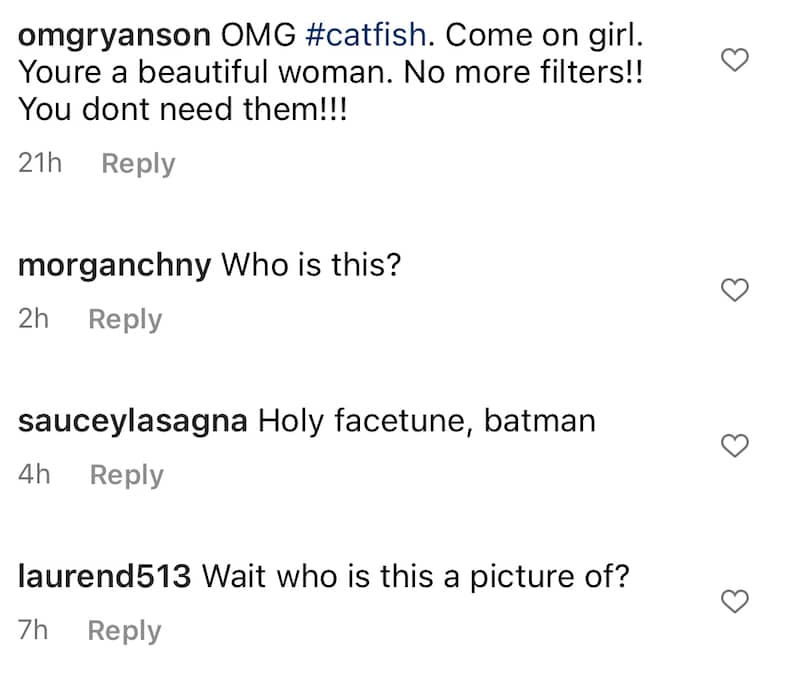 Amid the backlash, LeeAnne responded to one of her critics, who suggested she had gone overboard with plastic surgery.

“Girl you have had way [too] much work done, you don’t even look like the same person. But hey you look good though, at least it’s not a botched job!” the person noted.

“I feel like I look the same only better,” LeeAnne replied. 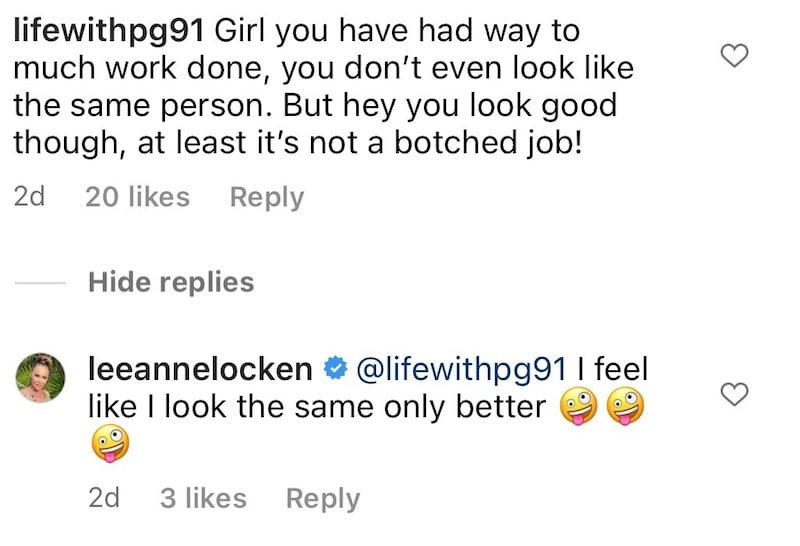 The Real Housewives of Dallas aired five seasons on Bravo from April 2016 to May 2021, with LeeAnne starring in a full-time role for the first four seasons, before the network announced it was going on an indefinite hiatus.