Home Real Housewives of New Jersey News Teresa Giudice on What She Regrets With Luis Drama on RHONJ, Possibility of Gia Being a Housewife, and Where She Stands With Cast

Teresa Giudice on What She Regrets With Luis Drama on RHONJ, Possibility of Gia Being a Housewife, and Where She Stands With Cast 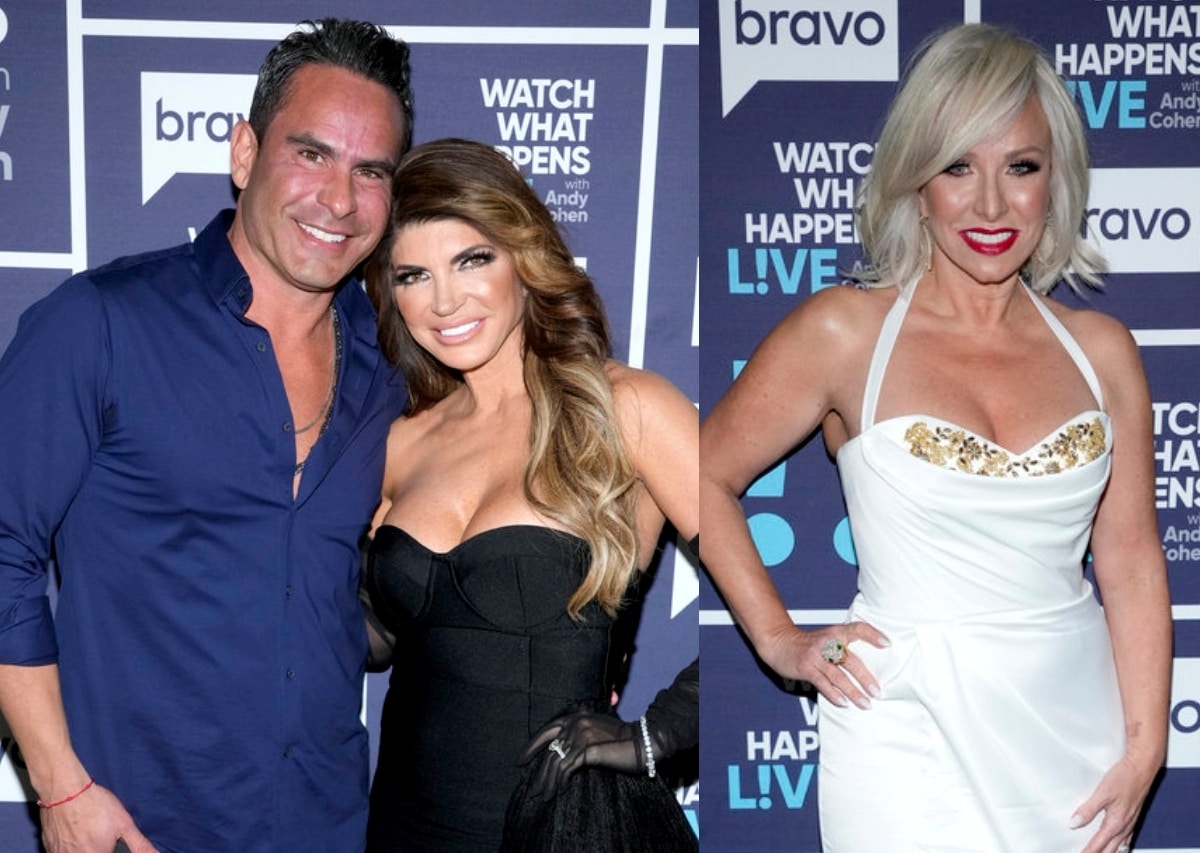 Under the guise of being a good friend, Margaret brought up several allegations against Louie, repeating them cleverly to the camera. As the situation came to a head, Teresa threw a drink at her co-star in the middle of a Nashville restaurant.

In a recent interview, Entertainment Weekly asked Teresa if she was still in her “love bubble” with Louie. “Yes, thank God,” answered the star. “He’s never saw me react that way and I don’t want to react that way, what happened in Nashville. I have not done anything like that since the table flip, and in my everyday life that’s not who I am. [Margaret] just kept coming and coming, acting like she was really concerned for me all season long and it was just very hurtful to me. And I kept telling her, ‘Please stop. I don’t care about his past.’”

Teresa explained, “Listen, he could have judged me on my past. I have a past and he didn’t and I don’t care about his past and I was going by how he treated me and that’s what I kept telling everybody.”

“A real friend, she would stop if she sees you getting upset about it… From now on, I’m going to let Louie answer everything, because there’s nothing to hide. I’m not trying to hide, because even my kids — now that they’re looking back — they’re like, ‘Mom, you should have let Louie speak.’ And I’m like, ‘You know what? You’re right.’”

She added, “Imagine I went to his world and then all these people start attacking me. I would’ve felt bad, too. So here he is coming into my world, so I felt bad and I was trying to protect him. But when he speaks, listen, he makes mouths drop. So from now on, I’m just going to make him speak and I’m going to keep my mouth shut, because now he’s used to the cameras.”

The star is in the process of planning her wedding, which is “going amazing.” Teresa revealed that they’ve set a date, but she wasn’t willing to disclose it in the interview. As of now, Teresa is “not sure” if the ceremony will be filmed.

The outlet asked Teresa how she felt to see Gia (her daughter) “getting into it” with the other Housewives. The 49-year responded, “I love how she handles herself. I really do. But you know what, she’s going to school to become a lawyer. I really want her to focus on becoming a lawyer… I can’t wait for her — see how she is so amazing — to be doing that in a courtroom.”

Would Teresa approve of Gia becoming a Housewife? “Listen, whatever she wants to do — of course, I’m her mom, I’ll be her biggest cheerleader — but like I said, I want her to focus on school first. And she needs to be married to be a Housewife. She’s not married yet. She’s got to slow it down. She’s only 21. She’s got a long time for that.”

Teresa and Margaret are not in a better place, according to the OG. “We did not make up at the reunion,” she said.

Teresa said it was hard to film the reunion, and she explained, “I had one mindset and it ended up not going that way, because I just, I don’t know… My eyes kept going at Margaret. I was sitting right across from her and I was just so hurt. Just so hurt. I just wanted to say to her, “Why did you have to do this to us?” All season long — for three to four months — it was just sad. Here I thought that we were friends.”

The star continued, “I didn’t know Danielle was going to pull her hair like she did, but she did it, I guess, out of anger because of everything that she did to her. She poured wine on her. She poured water on her. She threw her husband in the pool. So she did a lot of things to Danielle, but I didn’t pull her hair … I just felt so hurt and betrayed that here you see how happy I am and I just felt like, why’d you have to drag Louie through the mud and say all these hurtful things about him?”

“But I know time heals all wounds, so we’ll see what the future holds. But yeah, the reunion, it just, I mean, Louie did amazing. I can’t wait for you guys to see how Louie is. He’s absolutely amazing. I’ve got to take a page out of his book … I know my real friends in life. I still have friends from high school that I’m very close to. They would never treat me the way [Margaret] did.”

Where does Teresa stand with the rest of the cast? Apparently, she’s good with everyone except Margaret. “I’m fine with Melissa. Obviously, with my family. She’s always going to be my family. Jackie, we’re fine. I’m good with Dolores and I’m good with Jennifer.”

Part two of the RHONJ reunion airs Tuesday night at 8/7c on Bravo.