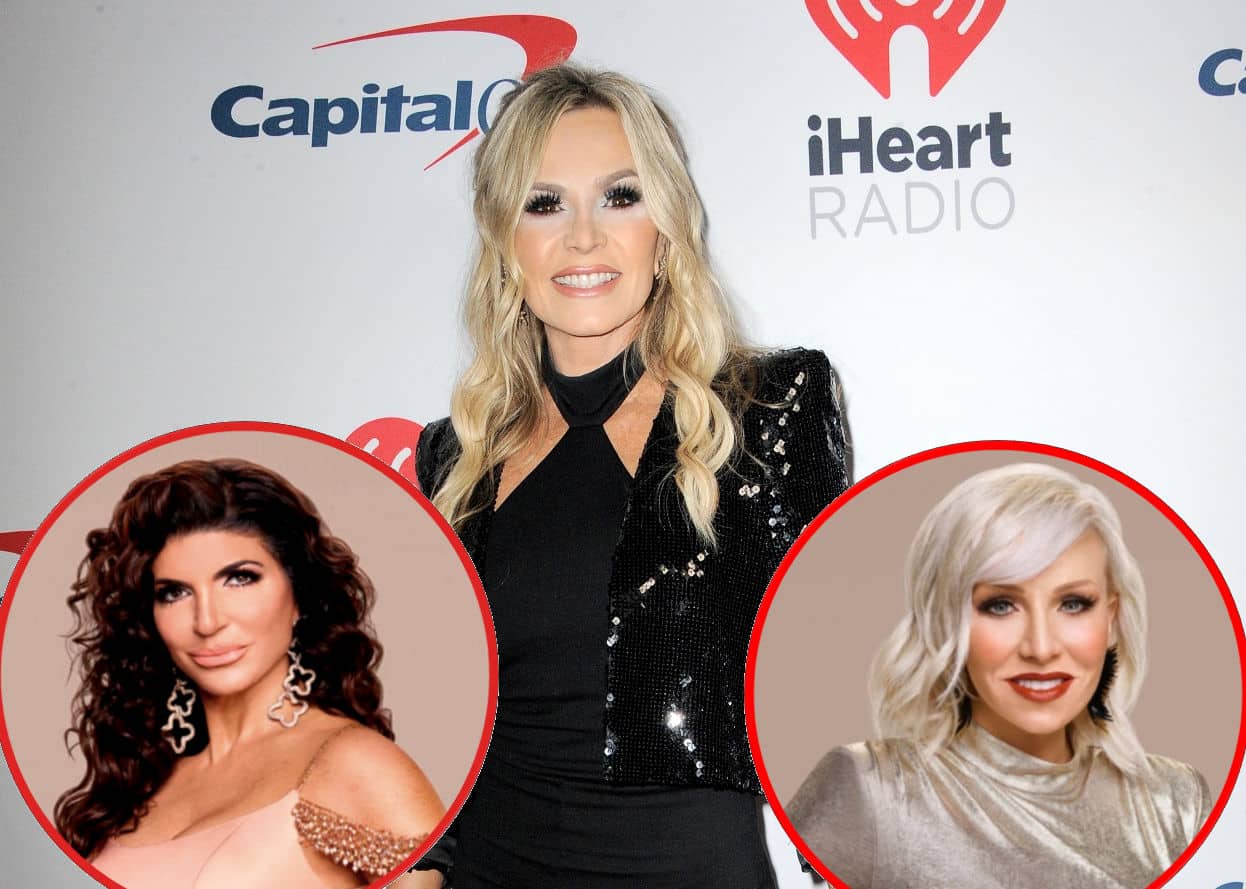 During Tuesday night’s episode of Real Housewives of New Jersey, Teresa Giudice threw a drink at her costar Margaret Josephs. The scene turned into chaos as Teresa started screaming obscenities across the restaurant while both producers and her fiancé attempted to remove her from the scene.

Later in the episode, Teresa and Luis Ruelas left the vacation home at which the cast was staying, and it appeared she came up with the idea on her own. According to new information from Tamra Judge, however, this doesn’t seem to be the case.

On her Two T’s in a Pod podcast, Tamra shared some tea that she received from an insider. According to her source, producers asked Teresa to leave the house after the incident.

“[Teresa and Luis] did not willingly leave the property. They were asked to leave by producers, which I can totally understand ‘cause I thought, ‘How the hell,’ no, there’s no way she’s leaving on her own,” Tamra said. “Production asked them to leave. I heard she put up a big fight; she didn’t want to leave. She thought that Margaret should leave.”

Tamra then explained her theory. “First thing I thought was this is a production nightmare,” she said. “S**t’s flying, and they’re trying to capture it with the cameras, but yet producers are trying to make sure no one is getting hurt. They are trying to pull [Teresa] out, and somebody’s trying to pull [Margaret]. [All while] trying not to get in front of the cameras.”

Tamra said, “You get in trouble for that.” The Real Housewives of Orange County alum heard the information “from an insider. I didn’t see it but take it for what it’s worth. It does make sense.”

Tamra believes the quote of the episode came from Margaret after the drink toss. “Luckily, you’re still not on parole,” Margaret said to Teresa.