Home Real Housewives of New Jersey News RHONJ’s Jackie Goldschneider Accuses Teresa of “Bullying” Women as Margaret Claims She Can Be “Aggressive” and Jennifer Weighs in, Plus Teresa Speaks

RHONJ’s Jackie Goldschneider Accuses Teresa of “Bullying” Women as Margaret Claims She Can Be “Aggressive” and Jennifer Weighs in, Plus Teresa Speaks 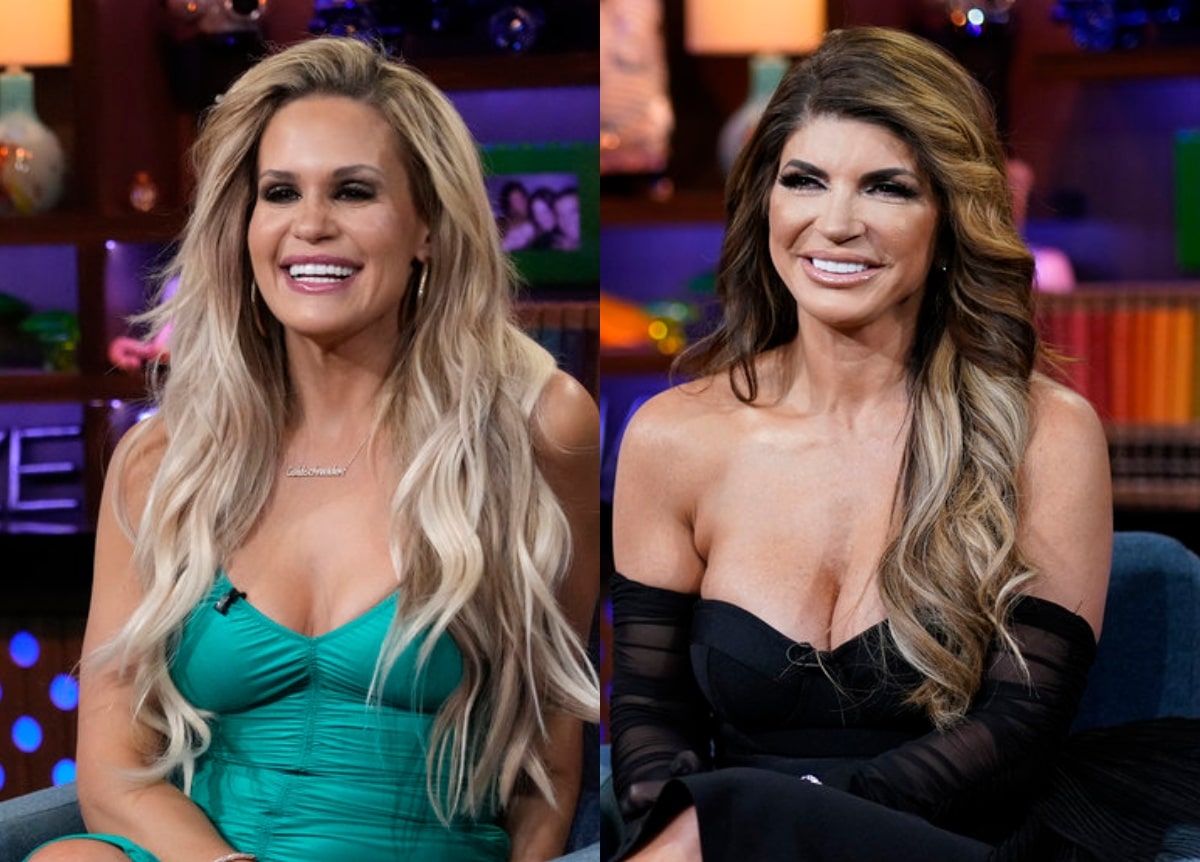 Traci Lynn Johnson pointed out on Tuesday’s episode of The Real Housewives of New Jersey that Teresa Giudice had gotten mad at her after learning her husband, Tiki Barber, had brought up Luis Ruelas‘ past, and after the show, a number of her castmates agreed that Teresa seems quick to get mad at women while taking it easier on men.

In addition to Jackie Goldschneider suggesting Teresa has an easy time bullying women instead of men, Margaret Josephs said Teresa “can be aggressive” with women as Teresa explained herself and Jennifer Aydin shared her thoughts on women having “hostile” conversations with men.

“I think Teresa always has an easier time bullying a woman. Like even when it came to [Evan Goldschneider], she didn’t want to apologize to him. She didn’t want to talk to someone’s husband,” Jackie said on the April 5 episode of the RHONJ: After Show.

“It is true to the fact that she only gets mad at women and women she can be aggressive to and everything else but with men, she’s subservient. It’s interesting. It’s just like, she was mad at Traci. I mean, it’s craziness. It’s pure craziness,” Margaret agreed.

According to Teresa, who initially refused to apologize to Evan after spreading a false rumor about him cheating amid RHONJ season 11, she’s simply not “into” going head-to-head with a man.

“I’m not into that. But I’ll say what I have to say,” Teresa explained.

Looking back at her drama with Evan, Teresa said that she didn’t want to get into it with Evan because he never did anything to her.

“I was just trying to tell his wife that this rumor was out there. Because just like I protect Luis, she should protect Evan. If this rumor’s out there, she should kill it. But Jackie, she didn’t get where I was coming from. That’s why, we don’t see eye-to-eye,” she noted.

Then, after Margaret pointed out that Jennifer’s “the same way” as Teresa and “only blames women,” believing that “men are the innocent ones,” Jennifer looked back on a tense conversation between Margaret and Joe Gorga.

“When Margaret was saying stuff to your brother Joe at her Halloween party, I thought that whole conversation between them was extremely awkward,” she noted. “I felt that Margaret was getting testy with him. [And] when a man is talking with a woman, there’s a very fine line before that man starts looking like maybe he’s a little too hostile or aggressive with that woman.”

Jennifer went on to say that it’s best to avoid “[getting] involved with your friend’s significant other.”