Teresa Giudice Explains Why She Yelled at RHONJ Producer, Vows to Protect Luis, and Slams Margaret as Margaret Claims Video Was a “Red Flag,” Plus Live Viewing 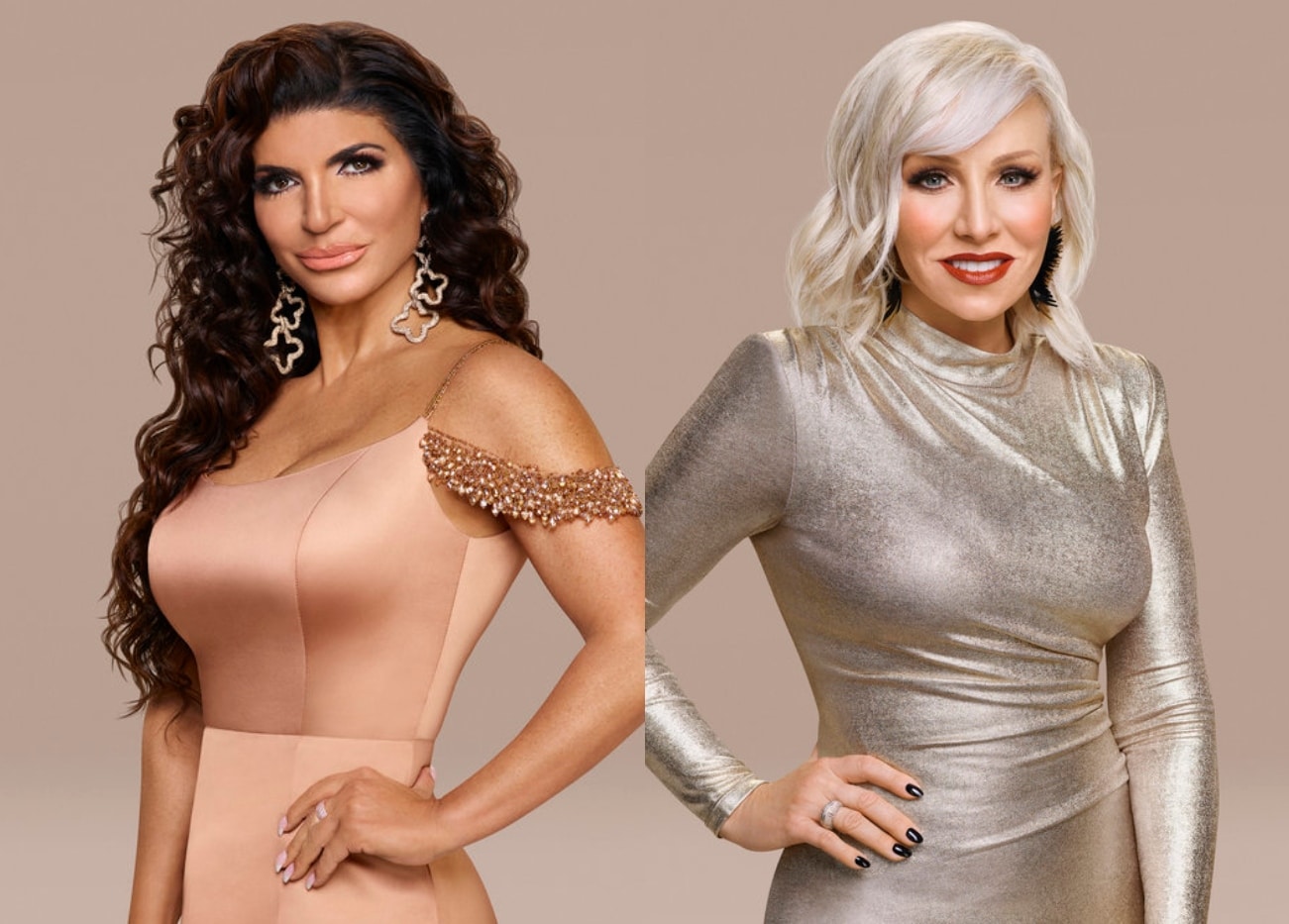 Teresa Giudice explained why she was so upset with her producer during the latest episode of The Real Housewives of New Jersey after the series aired on Tuesday night.

Looking back on her run-in with production, during which she told her producer to “go f-ck yourself,” the longest-running cast member of the series said her now-fiancé Luis Ruelas was “triggered” not to attend a cast event amid speculation into his character before vowing to keep him protected and slamming Margaret Josephs for trying to hurt him.

Teresa then told her producers, “Keep doing what you’re doing because he’s not going to come and I don’t blame him.”

On recent episodes of RHONJ, Margaret and the rest of the cast have expressed concern about not only the controversial video he made on the beach at a men’s camp but also the allegations being made about his past. And understandably, Teresa has been left feeling as though production has been fueling the drama. So, when it came to the events of Tuesday’s episode, she felt she had to take a stand in an effort to protect her man.

“This is the thing: Luis fell in love with Teresa Giudice, not Teresa Giudice working on the Real Housewives of New Jersey. He wanted none of this. He does not want to be on TV. He wants none of this so I was protecting him,” she explained.

After Jennifer Aydin then slammed Margaret and the other speculating women as “The Witches of Eastwood,” Teresa said her co-stars “are trying to hurt my boyfriend.”

During another portion of the RHONJ: After Show, Melissa Gorga and Jackie Goldschneider reacted to Luis’ video, agreeing that if he had addressed the clip quicker, the drama would have immediately been put to rest.

“The video is quite obviously a little shocking,” Melissa admitted. “You take it with a grain of salt though. It’s not like we’re going to change our whole entire opinion on him because of this video… [And] I feel like it would have been squashed so much sooner.”

“If he had just addressed it and put it to bed, we could have moved on, but because it was not addressed, it just kept everybody talking,” Jackie agreed.

As for Margaret, she had her own thoughts on the clip, saying that regardless of how happy Teresa may be with Luis, the video was nothing short of a “red flag.”

“There’s nothing more than I want that Teresa to be happy. She deserves to be with someone who’s amazing. I’m not saying he doesn’t love her. I’m not saying all of these things. But that’s a red flag,” Margaret stated.