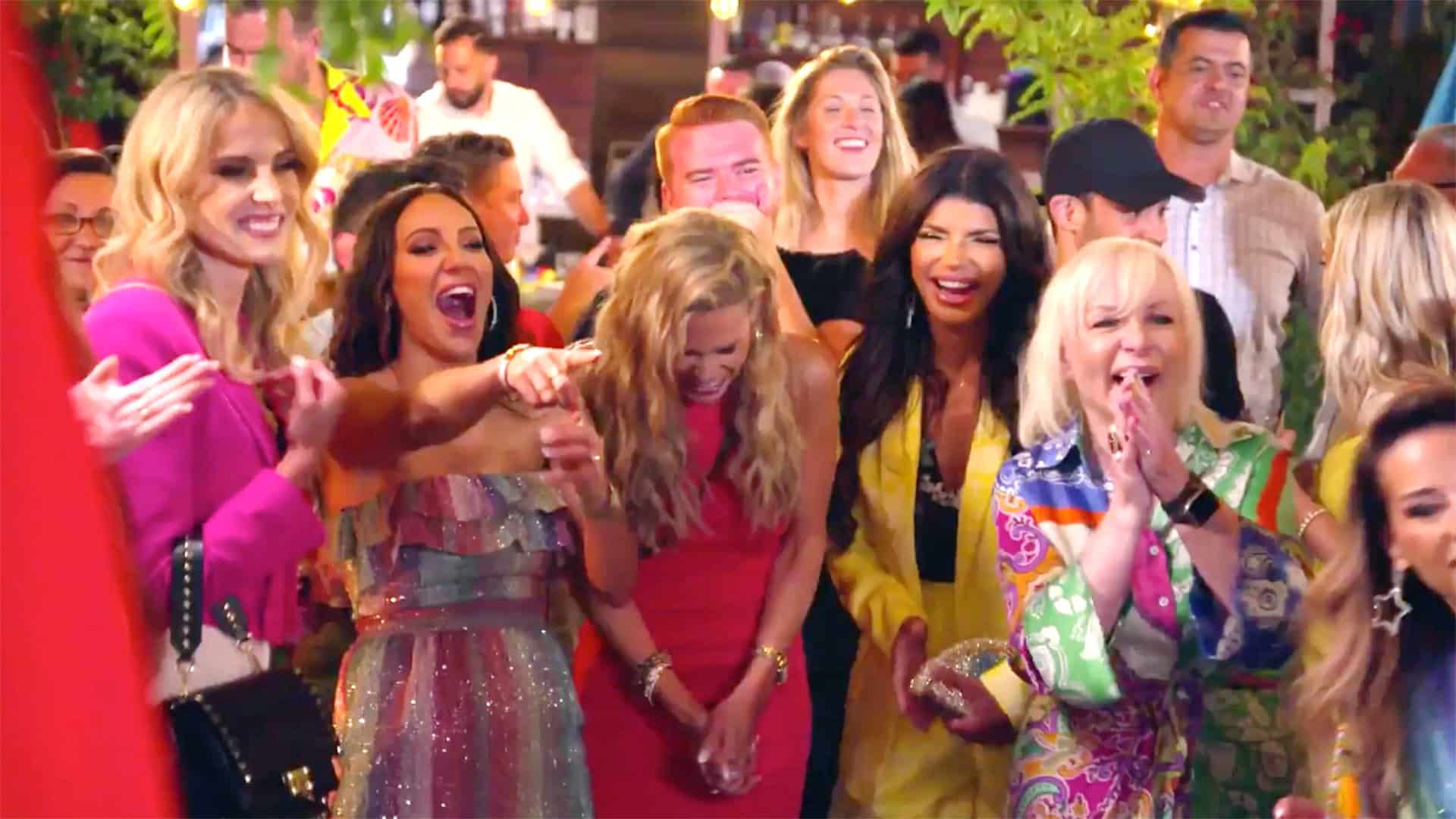 Months after the couple faced cheating rumors amid production on the new episodes, the sneak peek clip has confirmed their marital turmoil and revealed a number of other tense moments between their castmates, including encounters between Jennifer and Melissa Gorga, Teresa Giudice and Margaret Josephs, and Jackie Goldschneider and Dolores Catania.

“[If] he doesn’t want to be in this marriage, he doesn’t need to do me any favors,” Jennifer says in the Bravo preview, breaking down in tears.

Then, as a collection of clips show her crying to Jackie, Jennifer reveals to Margaret, “I asked him, ‘Do you want a divorce?’” Jennifer also admits to Jackie, through tears, “I didn’t want this to happen.”

As she figures out her future, Jennifer comes to blows with Melissa during a nighttime event with their castmates.

But Melissa doesn’t only have issues with Jennifer. Instead, in true form, she also butts heads with sister-in-law Teresa.

“You asked for loyalty? You give loyalty,” Melissa tells Teresa as husband Joe Gorga sits beside her.

“I hate fighting with my family,” Teresa says at another moment.

As Teresa’s feud with Melissa continues, her drama with Margaret reaches an all-time high.

“You want to try to pop my love bubble? It’s not going to happen,” she tells Margaret as she pounds her fist.

Then, as Melissa seemingly suspects Teresa is hiding something, Margaret appears to question her “conflicting stories.”

“I don’t like how you’re f-cking nasty, talking behind my back about my boyfriend [Luis Ruelas],” Teresa tells Margaret as the preview continues.

At that point, Teresa gets up, slams her hands on the table, and pushes everything, including the drinks, toward Margaret.

Teresa’s kids also get in on the drama of the show, with Audriana Giudice telling her mother, “Your brother is saying things about Dad.” Gia Giudice also shades Joe over his comments about Joe Giudice.

“She looks at me like I’m the devil. Her father was the devil,” Joe Gorga says of Gia.

“That’s when I walk away from you,” Gia tells her uncle.

In addition to the returning women of the series, Traci Lynn Johnson has been added in a “friend” role.