Home Real Housewives of New Jersey News Margaret Josephs Shares an Update on RHONJ Filming, Explains Why Danielle Staub Was “Too Dark” for the Show, Plus What She’s Looking Forward to Next Season

Margaret Josephs Shares an Update on RHONJ Filming, Explains Why Danielle Staub Was “Too Dark” for the Show, Plus What She’s Looking Forward to Next Season 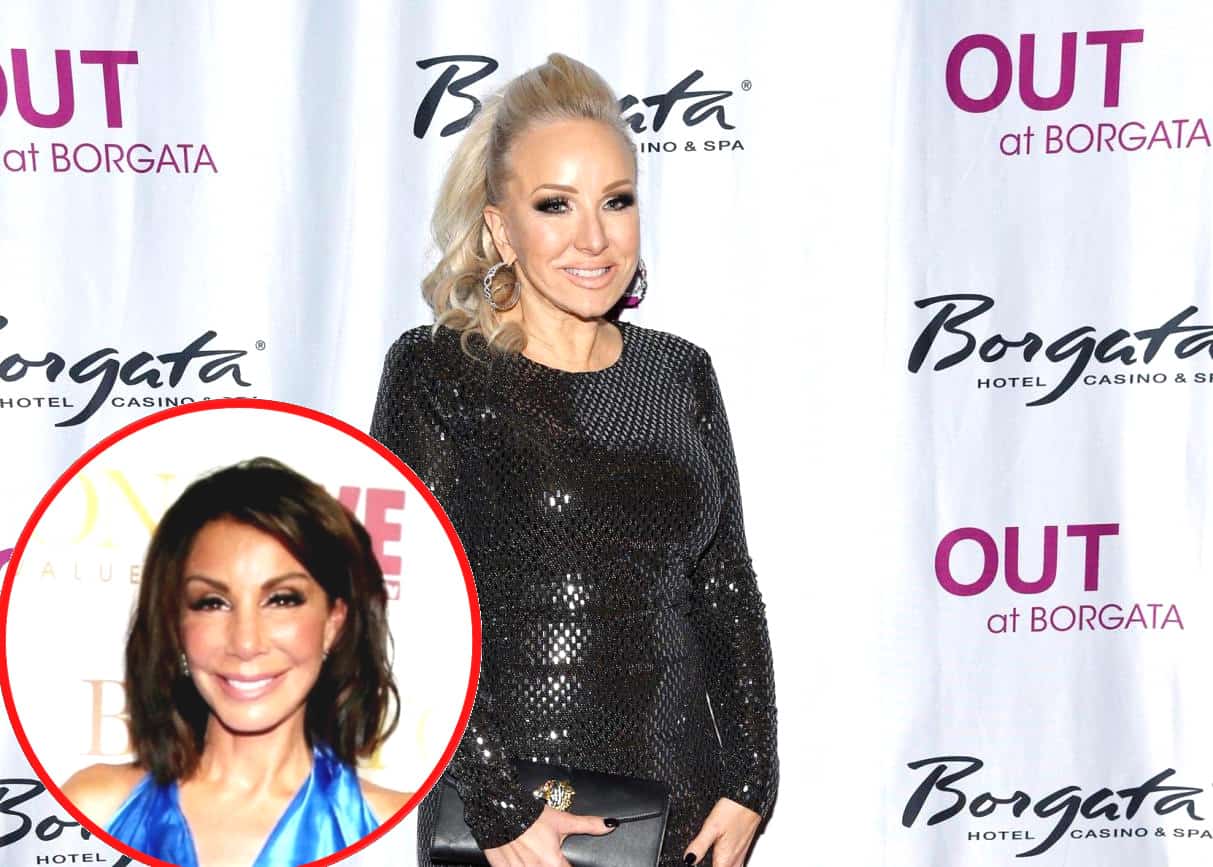 Will The Real Housewives of New Jersey fans have to wait a bit longer than normal for season 11 of the show?

As RHONJ star Margaret Josephs revealed in a new interview, the show was only one week into production when they were forced to halt filming due to the country’s coronavirus pandemic lockdown. As far as ramping the Jersey drama back up again — it’s all currently TBD.

“I had a feeling it was [going to shut down, but] we didn’t know it was going to happen,” Margaret explained to In The Know‘s Gibson Johns. “We were excited all to be back, to start back together and get back into it. That’s when we always start, and we were looking forward to doing exciting things and be together. And then, you know, we just stopped. It was dead.”

Margaret explained how, as the country started to shut down, producers kept pushing back shooting dates until they halted filming indefinitely.

Margaret also spoke about that fiery season 10 reunion the ladies endured, with a few memorable moments such as Margaret telling Jennifer Aydin to “shut it” and facing off with her nemesis and longtime RHONJ villain, Danielle Staub. Where does that leave the ladies moving forward?

“I feel there was a lot of resolution, and I said we got rid of one virus off of that stage. That was the good news,” she stated. “You know, I feel like we did have a lot of resolution. I mean Jennifer came in hot that reunion, so I think there’s going to have to be some things we resolve there with some of the ladies. But with all that being said, I think Teresa [Giudice] and I … obviously we are close.”

The reality star went on to explain how, although they had a rocky season, she and Teresa have since mended fences. She also explained that she understood why Teresa felt “sorry” for Danielle, but having her on the show was just “too dark.”

“I think there can be drama — women, drama, and things like that — but it just went down the wrong pipe,” she explained. “Jennifer and I could argue all day long, and it never gets that dark. [There’s] just a level that goes with someone like [Danielle] which, you know, I don’t want to say anything too horrible about her because I think she’s suffering but … it got too dark.”

Ultimately, when production on the show picks back up again, Margaret is hoping for a great season. She shared how she’s excited to see what’s in store for Teresa’s dating life and “growth” for all cast members.

“[Teresa] said she wants to find a Jewish guy … I think I would love to see something like that,” she said. “Listen, Jennifer wants to do something in business, […] Jackie [Goldschneider] wants to do more speaking engagements, more published things […] Melissa [Gorga]‘s become a real businesswoman, she branched out to menswear. I would love her to get some licensing. I would love Dolores [Catania] to do some type of business […] I think everybody has a lot of personal growth.”