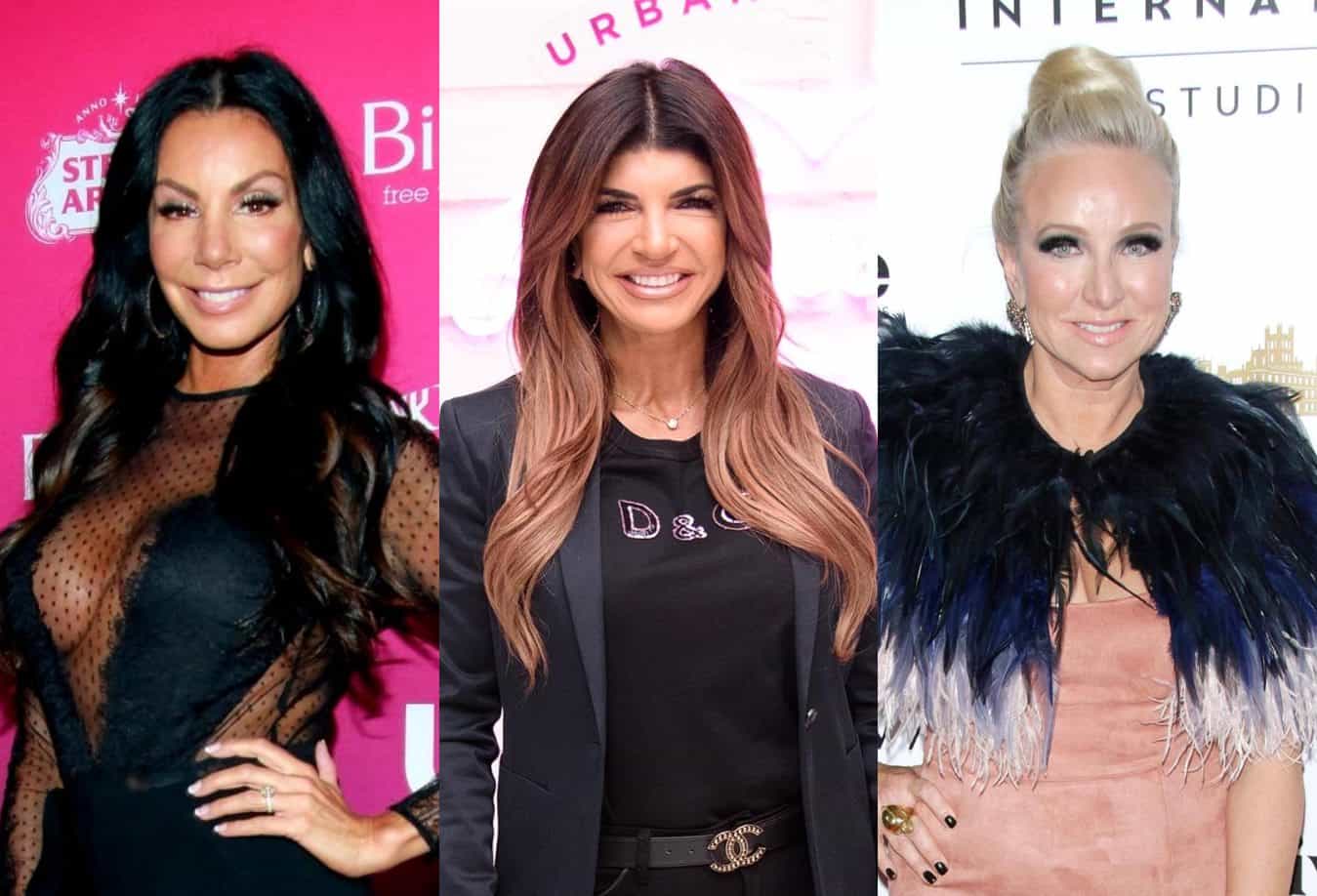 In a sneak peek at the upcoming episode of the show, Danielle is seen sitting down for a chat with Melissa Gorga, who prompts her to make the shocking allegation after informing her that the women of the show no longer want her to be a part of their group.

“All of the girls no longer want you around,” Melissa tells Danielle in a clip posted on Instagram.

“Does that include Teresa?” Danielle wonders.

According to Melissa, she doesn’t believe Teresa is ”in her right mind” and feels that Danielle isn’t the best person for Teresa at this stage in her life.

As RHONJ fans well know, Teresa is currently adjusting to life as a newly-single mom of four girls as her estranged husband, Joe Giudice, who she split from in December, begins his new life in Italy.

“Do you think you are the right person for her if you’re going to go and pull people’s hair in her presence?” Melissa asks.

After Melissa suggested she wasn’t good for Teresa, Danielle said that after a man named Stephen, who is the owner of the boutique where her fight with Margaret took place, told her to pull Margaret’s hair, Teresa co-signed the idea.

“I was also influenced. I was done when I emptied Margaret’s bag in the candle but then Stephen told me I should go pull her hair,” Danielle recalls. “I hesitated and then I looked at Teresa and she said, ‘Yeah, do it!’”

“So you’re saying Teresa told you to pull her hair?” Melissa replies.

While it isn’t yet clear, Danielle’s claim against Teresa could be what ended their friendship.

During an interview with People Now last week, Teresa admitted that Danielle did something to her that fans would eventually see on RHONJ before sharing her thoughts on a potential reconciliation.

“We did have fun together. She’s funny. She’s a good time to go out with. She is. I’m all about that. I’m all about just having fun and smiling and laughing and that’s what it was about,” she explained. “But you never know what happens in the future. I mean listen, I’m not a follower, I’m a leader. And I’m not just going to not be somebody’s friend because someone else is telling me not to be somebody’s friend.”