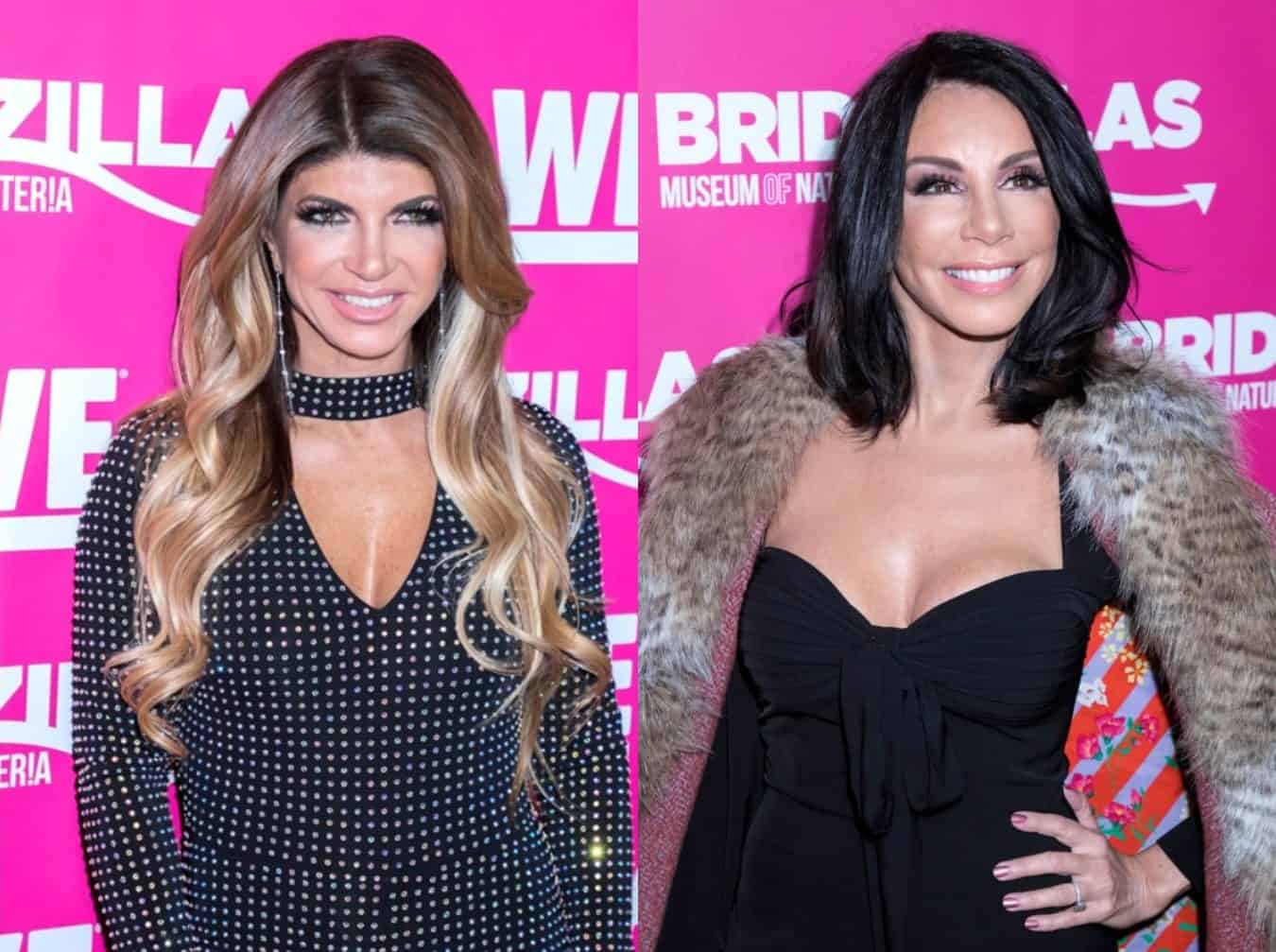 Teresa Giudice is addressing her falling out with Danielle Staub.

After ending her friendship with Danielle during the 10th season of The Real Housewives of New Jersey, Teresa answered a question from a fan on Andy Cohen‘s late-night talk show, Watch What Happens Live, who wanted to know if she had any regrets in regard to the way in which she defended Danielle throughout the season.

“In light of what you know now, do you regret defending Danielle so much this season?” the fan asked.

“Um, no. Because… not that I regret it. She was a good friend, you know, while it lasted,” Teresa replied.

According to Teresa, fans will see more about the demise of her friendship with Danielle as the 10th season of RHONJ continues to air.

“You guys, you’ll have to see how it plays out and she broke our trust. Loyalty was broken and that’s it. That’s why we’re not friends anymore,” Teresa explained.

After Teresa and Danielle reunited during last month’s taping of the three-part RHONJ reunion special, an insider told Hollywood Life that the two women “did have a conversation.”

“They won’t be best friends again, but they seemed to figure out a way to be cordial,” the source stated. “Teresa just doesn’t want to fight with anyone anymore. Her thoughts about life and relationships has completely changed with everything that’s gone on in her life.”

A short time later, Teresa confirmed on Strahan, Sara, & Keke that she and Danielle “are no longer friends.”

Although the exact reason behind Teresa and Danielle’s falling out has not yet been revealed, it has been noted that Melissa Gorga is in some way involved.

“I might have something to do with that. Just saying,” Melissa told Us Weekly magazine last year.