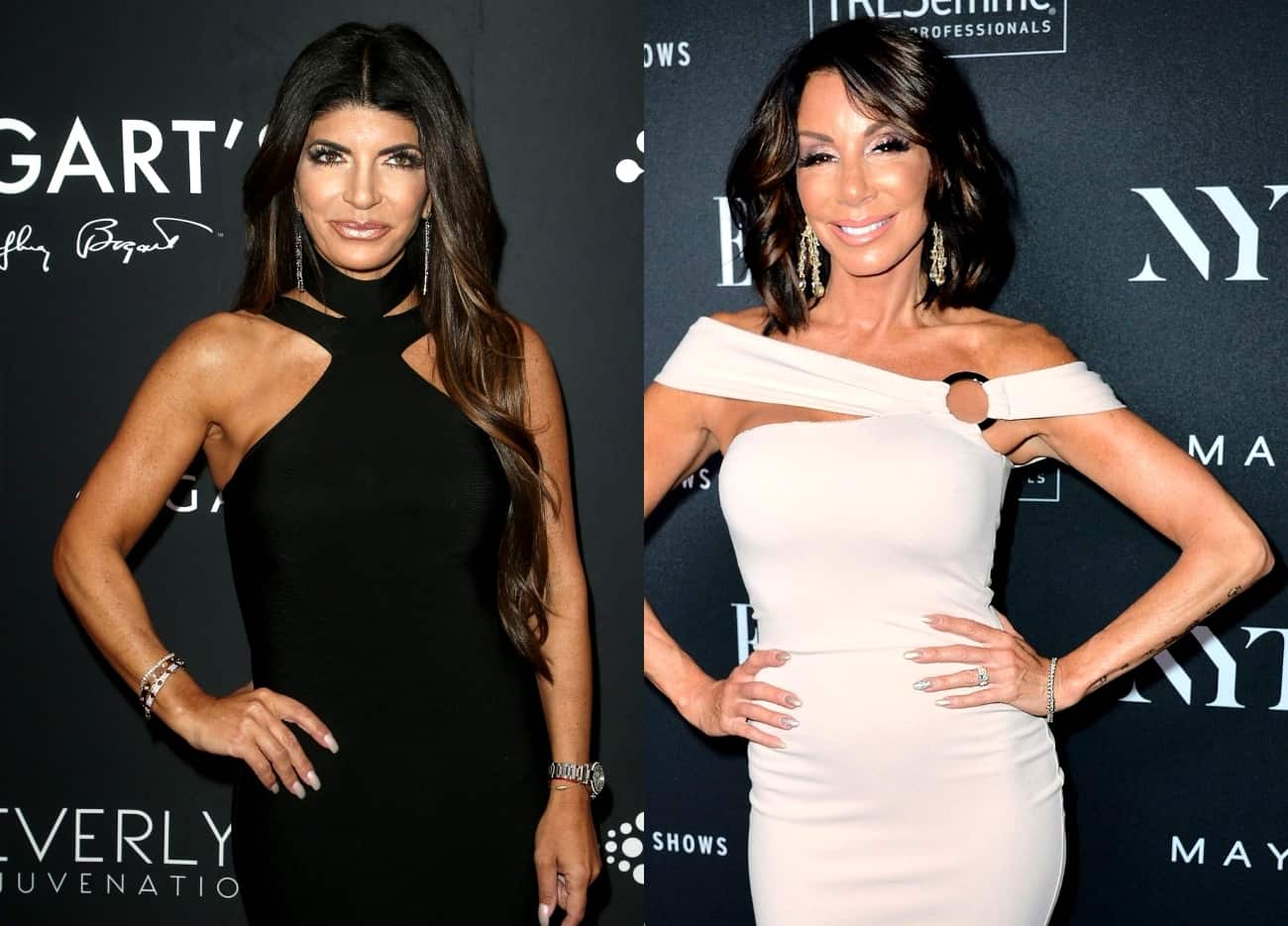 Are Teresa Giudice and Danielle Staub friends again after engaging in a reportedly productive conversation at the Real Housewives of New Jersey reunion taping last month?

During a couple of appearances this week, Teresa shared where she currently stands with Danielle after their season 10 falling out and revealed which of her former co-stars she’d like to see return for an upcoming season.

“We’re no longer friends and I guess you guys will all see how that plays out,” Teresa confirmed of herself and Danielle on Wednesday’s episode of Strahan, Sara & Keke.

Teresa and Danielle feuded heavily during the early years of RHONJ, but they established a friendship after Teresa’s 11-month stint in jail. Then, last summer, amid production on the currently airing season, Teresa and Danielle suddenly stopped following one another on social media and rumors began swirling in regard to their falling out.

During a second appearance on Watch What Happens Live on Wednesday night, Teresa spoke of Danielle after her fellow guest, Bob Harper, admitted he was scared of her.

“She’s harmless… Unless [you have a ponytail she can grab],” Teresa joked on the After Show.

Later in the After Show, Teresa was asked which of her former co-stars she would like to come back to the RHONJ cast and quickly revealed she’d choose her longtime friend, Dina Manzo, who is currently living on the west coast with husband Dave Cantin.

“She’s one of my dearest friends. I love her and I would love for her to come back on,” Teresa said.

“It’s going great. He’s a great father. The girls adore him and we’re doing the best we can [from different continents],” she revealed.