Home Real Housewives of New Jersey News More Details of What Went Down Between Teresa Giudice and Danielle Staub at the RHONJ Reunion, Are They Friends Again?

More Details of What Went Down Between Teresa Giudice and Danielle Staub at the RHONJ Reunion, Are They Friends Again? 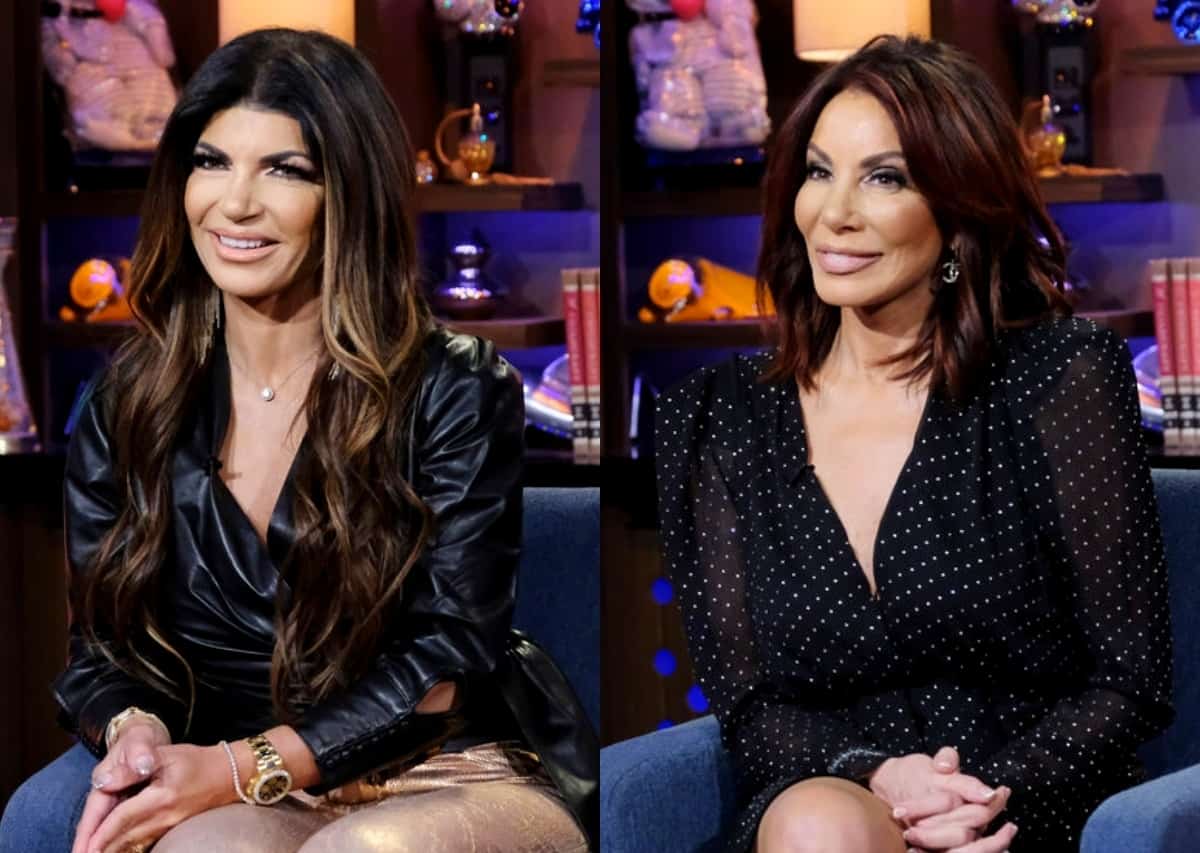 A new report is shedding more light on what went down between Teresa Giudice and Danielle Staub during filming on The Real Housewives of New Jersey reunion special last month.

After suffering a falling out during filming on season 10 last year, Teresa and Danielle confronted their issues during the three-part reunion taping because Teresa “just doesn’t want to fight” anymore.

“Teresa and Danielle did have a conversation at the reunion,” a source told Hollywood Life on February 4.

According to the report, Teresa and Danielle had a good conversation at the taping and seemed to figure out a “way to be cordial” with one another. However, when it comes to a future friendship, the insider said they “won’t be best friends again.”

As for what prompted the ladies to reconcile after an alleged incident involving Teresa’s sister-in-law, Melissa Gorga, during season 10, the insider said it was Teresa’s new outlook on life that encouraged her to make amends with her former friend.

“[Teresa’s] thoughts about life and relationships has completely changed with everything that’s gone on in her life,” the source explained.

As fans well know, Teresa is newly single after separating from husband Joe Giudice after 20 years of marriage.

“The RHONJ reunion which taped last week was quite explosive, but there wasn’t as much screaming and yelling as the reunions in the past. The women found better ways to articulate themselves,” the source continued. “It’s clear that they’ve matured and grown but it’s still going to be explosive and entertaining.”

According to an insider who spoke to the outlet at the end of last year, Teresa and Danielle stopped speaking to one another after filming wrapped on the 10th season.

“The incident involved some serious allegations that the ladies made against one another and all were adamant about their stance in the situation,” the source claimed.