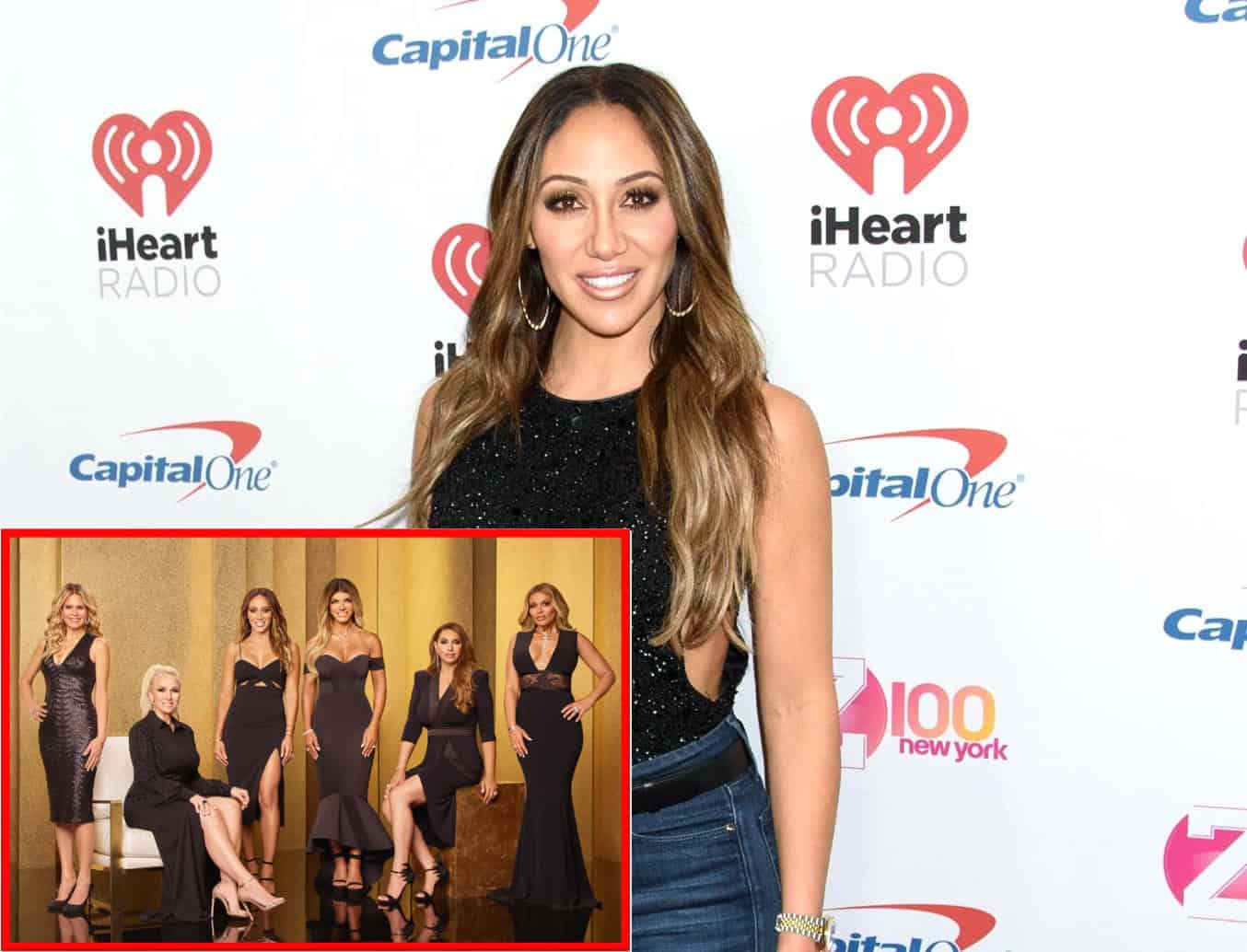 Find out who went head-to-head during the season 10 reunion of Real Housewives of New Jersey as Bravo star Melissa Gorga spills the deets! Plus, find out if Danielle Staub and Teresa Giudice made amends.

After watching all the drama that’s gone down in season 10 of RHONJ, fans can only imagine what explosive arguments will ensue during the reunion. But lucky for us, New Jersey housewife Melissa is giving us a taste of what happened during the recently taped special. And according to her, she and Jennifer Aydin were the ones who went at it the most during the event.

“Let’s just pay attention to Jennifer — she just doesn’t make any sense, I’m like, ‘What are you saying?'” Melissa revealed while on E!’s Pop of the Morning on January 29. “I think Jennifer and I go at it, I would say, the most at the reunion.”

As fans can recall, Melissa and Jennifer nearly got physical with each other while on a cast vacation in the Hamptons. After Jennifer questioned castmate Jackie Goldschneider about her finances and why she had such a “simple” birthday party for one of her kids, Melissa defended her friend, which sent Jennifer into a tizzy.

But Melissa’s not the only one dishing on Jennifer’s alleged over-the-top behavior at the reunion. According to a source close to the cast, the Bravo star didn’t hold back at all during the special.

“Jennifer Aydin is like a lightning rod at the reunion,” the insider recently divulged to Hollywood Life. “The RHONJ reunion which taped last week was quite explosive…She has it out with just about every single one of the ladies and things did get heated involving her and several of the ladies at several times during filming. She really brings it.”

In addition to Jennifer and Melissa hashing out their issues during the reunion, Teresa and “friend” of the cast Danielle also had the opportunity to talk things through after their alleged fallout.

“Teresa and Danielle did have a conversation at the reunion,” spilled the insider. “They won’t be best friends again, but they seemed to figure out a way to be cordial. Teresa just doesn’t want to fight with anyone anymore. Her thoughts about life and relationships has completely changed with everything that’s gone on in her life.”

Catch new episodes of Real Housewives of New Jersey every Wednesday at 8 p.m. on Bravo TV.