VIDEO: Danielle Staub Drags Margaret Josephs by Her Hair in RHONJ Midseason Trailer! Plus See the Tense Reunion of Joe and Teresa Giudice in Italy 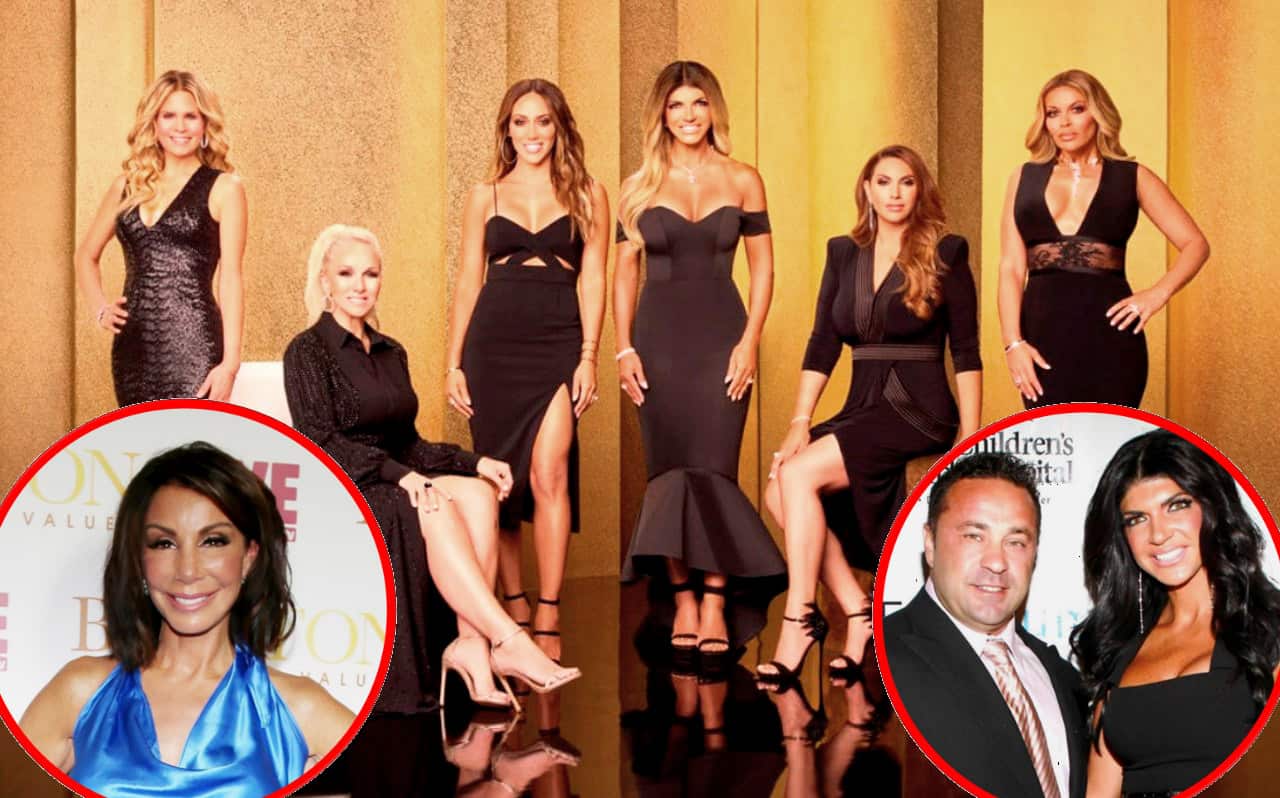 In the newly released sneak peek at the rest of this RHONJ season, viewers finally get to see the violent fight involving Danielle Staub and Margaret Josephs, and it looks much worse than what has been widely reported as Danielle is seen dragging Margaret by her hair across the room. Also, we get the first glimpse at Joe Giudice‘s reunion with wife Teresa Giudice and his kids in Italy.

The video trailer is full of bickering and fighting, including a nasty exchange between Jennifer Aydin and Margaret.

“The only achievement you’ve ever had is marrying someone rich,” says Margaret to Jennifer.

“Fred Flintstone called! He wants his outfit back!” retorts Jennifer to Margaret.

In another scene, we see the showdown between Danielle and Margaret begin with Margaret slamming Danielle as a “prostitute.”

“Get out of my f**king face,” Danielle yells back.

Margaret then proceeds to empty a bottle of water on Danielle’s head before walking away. However, she doesn’t get far as Danielle walks up behind her and drags her across the room by her ponytail while smirking. Later, Danielle is seen having lunch with  Melissa Gorga, who confronts her about her fight with Margaret.

“When you put your hands on her, it’s unacceptable,” Melissa tells Danielle.

In the final scenes of the RHONJ season 10 midseason trailer, the widely anticipated reunion between Teresa and Joe is shown as a “nervous” Teresa and her four daughters with Joe, Gia, 18, Gabriella, 15, Milania, 13, and Audriana, 10, arrive in Italy to see Joe for the first time since he was deported back to his home country, pending his appeal.

As Joe shows his kids around the country, he finally has some one-on-one time with Teresa to discuss the future of their marriage.

“You know, you marry somebody, they’re supposed to protect you. And then everything came crashing down,” Teresa tells Joe.

“Do you just want to end it now?” Joe asks his wife as the video trailer comes to a halt.

As most RHONJ fans are aware by now, Joe and Teresa have since separated as their split was reported by several media outlets last week.