Home Real Housewives of New Jersey News RHONJ’s Teresa Giudice Reveals if She’s Planning to Divorce Joe Giudice and Opens Up About Their Reunion in Italy, She Addresses Cheating Claims and Shares Why Joe Cried

RHONJ’s Teresa Giudice Reveals if She’s Planning to Divorce Joe Giudice and Opens Up About Their Reunion in Italy, She Addresses Cheating Claims and Shares Why Joe Cried 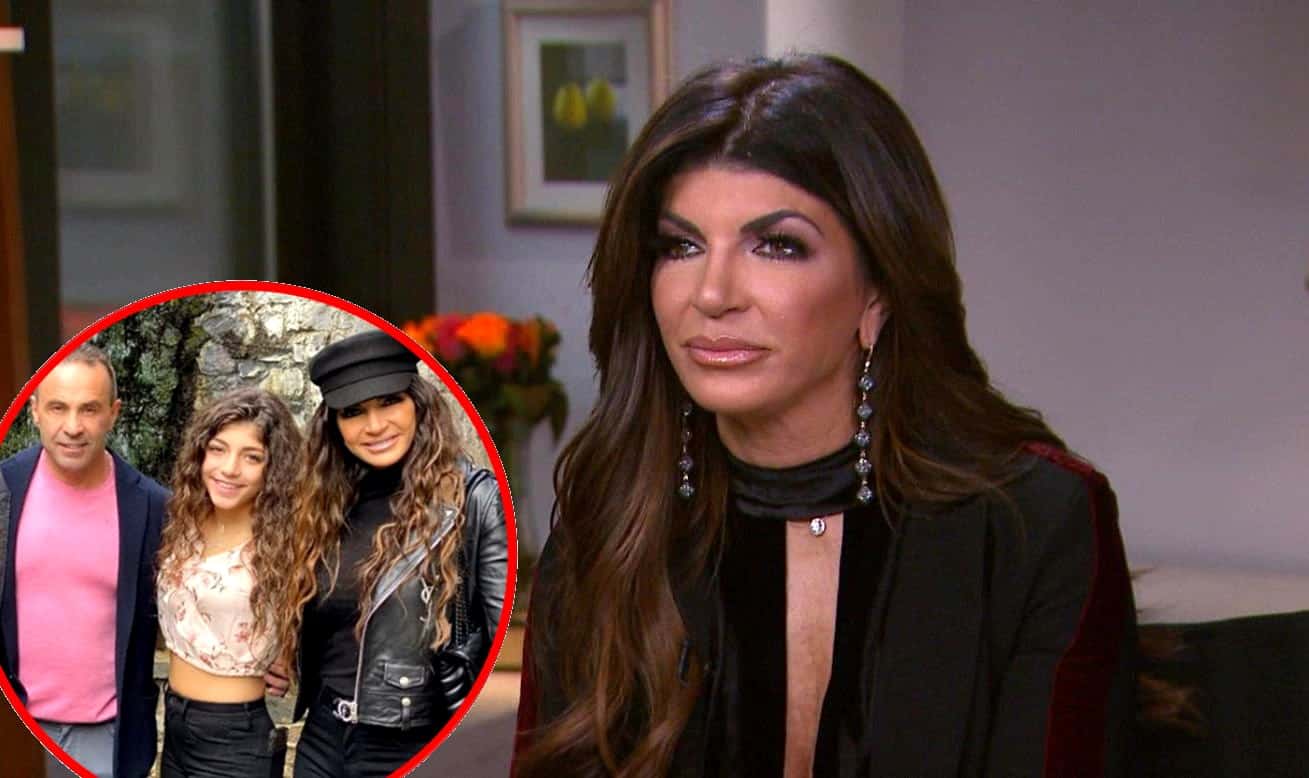 Teresa Giudice opened up about her recent reunion with husband Joe Giudice and their kids in Italy during an appearance on Good Morning America on Thursday morning.

Days after a four-day trip to Europe, the Real Housewives of New Jersey star opened up about the time she spent with Joe and the children before revealing her thoughts about the future of their 20-year marriage and discussing the possibility of finding love with someone new.

“We just were there to enjoy each other’s time and lots of laughs, lots of tears, just reacquainting with each other. It was pretty amazing. We had the best time ever. It was so good,” Teresa revealed.

Teresa and her four daughters, Gia, 18, Gabriella, 15, Milania, 14, and Audriana, 10, traveled to Italy last Thursday to see Joe out of custody for the first time in over three years. During the trip, the group spent time in Sala Consilina, Salerno, and the Amalfi Coast.

Throughout their time in Italy, Teresa, Joe, and their kids posed for a number of family photos. Once Teresa and the girls headed back to the U.S., Joe, who is currently awaiting a final decision on his deportation appeal that he hopes will allow him to return to New Jersey, was understandably upset.

“He said he cried after we left. He cried the whole day, he said. Missing his daughters. He was so sad,” Teresa revealed.

Looking back on the trip, Teresa said she was thrilled that her daughters were finally able to spend quality time with their father. “I was so overjoyed seeing my daughters, how happy they were seeing their dad. This trip was all about focusing on our daughters. It really wasn’t about us,” she admitted.

While the trip may not have been a couples getaway for Teresa and Joe, Teresa made it clear that she will always love Joe, “no matter what.”

“There’s always going to be a place in my heart for Joe,” she shared.

Over the past several years, both Teresa and Joe have been accused of cheating on one another, but according to Teresa, who was linked to the much younger Blake Schreck earlier this year, she remained faithful to Joe throughout their marriage. As for Joe, Teresa admitted that while she’s suggested he may have cheated on her, she “never caught him.”

When asked point-blank if she was preparing to file for divorce, Teresa confirmed she had no plans to end her marriage.

“Not anytime… no,” Teresa stated.

That said, she admitted to being unsure about whether or not a long-distance relationship with Joe was feasible and said it was “to be determined” if she and her husband could find happiness with one another again.

“We are taking it day by day,” she explained. “We only really want the best for each other. We really do. We both do.”

Teresa, who admitted she cried a lot during the trip when thinking about her future with Joe, then said she believes she could find love with someone else if she and Joe don’t work out.

“I do. I’m still young. I do want happiness again,” she shared. “If it does go that path, I’d want the same for Joe. I want Joe to be happy.”

When asked if she would be going back to Italy to spend one-on-one time with Joe, Teresa responded: “I don’t know about that.”