Home Real Housewives of New Jersey News REPORT: Teresa Giudice and Joe Giudice are ‘Definitely’ Getting a Divorce Even if Joe’s Successful With Deportation Appeal, Plus RHONJ Live Viewing Thread

REPORT: Teresa Giudice and Joe Giudice are ‘Definitely’ Getting a Divorce Even if Joe’s Successful With Deportation Appeal, Plus RHONJ Live Viewing Thread 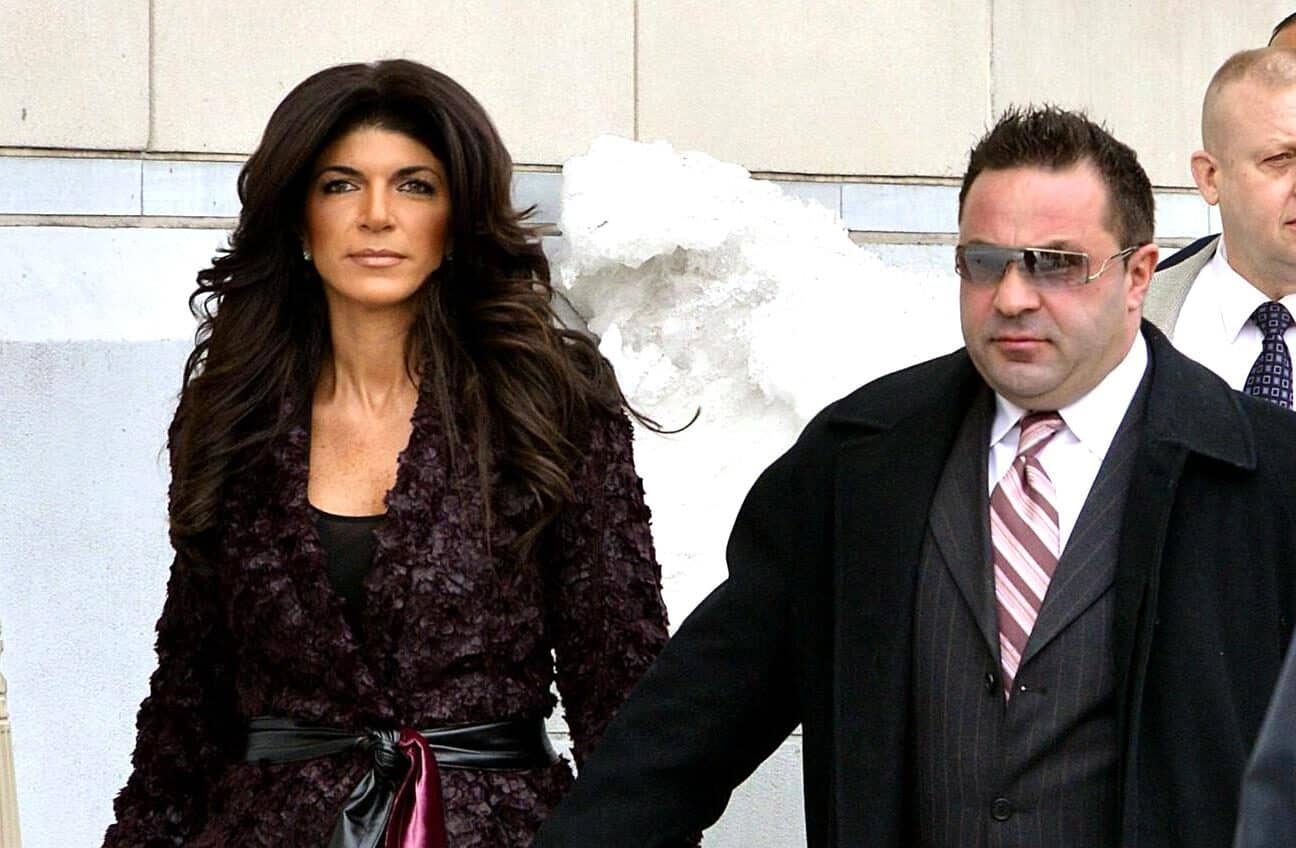 Teresa Giudice and Joe Giudice‘s marriage is reportedly over following the Real Housewives of New Jersey star’s four-day visit with Joe and their kids in Italy.

Although Joe hasn’t yet learned of the final decision on his deportation appeal, a new report claims Teresa’s mind is made up when it comes to the fate of her 20-year marriage to Joe after she and her longtime partner allegedly argued throughout their “make-or-break” reunion.

“They’re definitely getting a divorce,” an insider revealed to Radar Online. “Even if Joe is allowed to move back to the U.S., Teresa is done with him.”

Teresa and her daughters, Gia, 18, Gabriella, 15, Milania, 13, and Audriana, 10, arrived in Italy last week for a short visit with Joe. While the source revealed that the girls were quite happy to be back in their father’s presence, things between him and Teresa didn’t go as smoothly.

“The girls are very happy with their dad and love seeing him, but Teresa has a different attitude. Things are tense,” an insider previously told the outlet. “Teresa and Joe were arguing a lot, and wouldn’t go near each other.”

According to the report, Teresa was not only at odds with her husband, but also his mother and sister, both of whom allegedly took issue with the way Teresa behaved during Joe’s time behind bars. As RHONJ fans will recall, Teresa was spotted with the much younger Blake Schreck, 26, on a number of occasions in Miami and New York before insisting to her husband that they were just friends.

At the end of last month, Teresa and Joe appeared together on Joe and Teresa: Unlocked, where Teresa shared her thoughts on her relationship with Joe with host Andy Cohen.

“I’m waiting until I get [to Italy] to see if I feel differently,” she said at the time. “I just feel like when you live apart. … He says the same thing, when he sees me, he may not want this either. We’ll know when we see each other.”

Following her exit from Italy, Teresa took to her Instagram Story, where she shared a message about “positivity.”

“Train your mind to see the good in everything,” she wrote. “Positivity is a choice. The happiness of your life depends on the quality of your thoughts.”

RHONJ Live Viewing – This is also a live viewing thread for tonight’s premiere episode of the RHONJ, so feel free to comment and chat below as the new episode airs tonight at 8/7c on Bravo TV. A preview clip is below.