The Reason Teresa Giudice Isn’t Wearing Her Wedding Ring is Revealed, Plus What the RHONJ Star Told Husband Joe About Her Rumored Romance With Blake Schreck 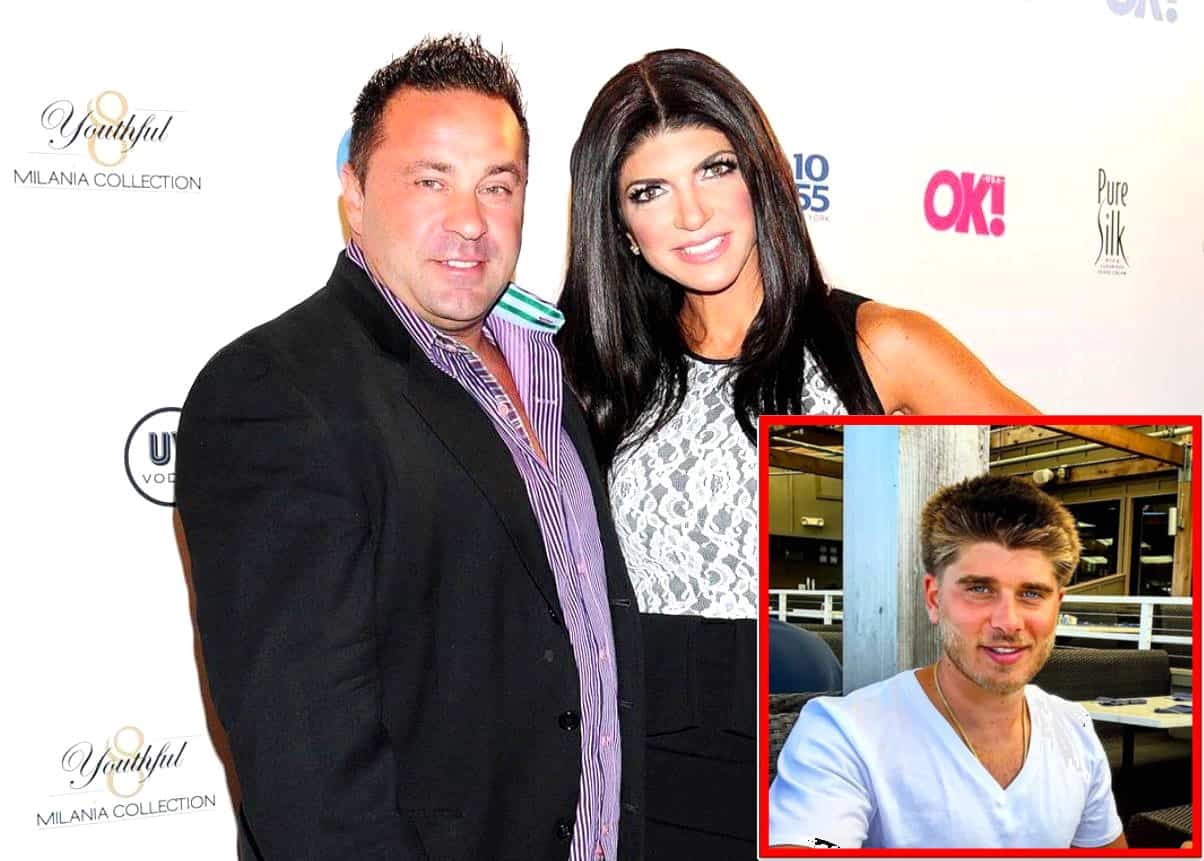 Over the past several months, Teresa has been linked to New Jersey realtor Blake Schreck. The fact that Teresa doesn’t always wear her wedding ring has added fuel to those reports. But when it comes to the reason behind the absence of Teresa’s bling, is there as much controversy as some have suspected?

According to a new report, the mother of four doesn’t intentionally appear publicly without her ring.

“Teresa Giudice finds it amusing that so many people have wondered why she isn’t wearing her wedding ring. Teresa really doesn’t think anything of not wearing her ring. If she’s not wearing it, it is solely because she just forgets to put it on,” a source told Hollywood Life on July 7. “People probably didn’t ever notice, but she would forget to put it on even when Joe was home and around.”

Teresa and her husband, Joe Giudice, have been married for 19 years. While he is currently facing deportation, she has yet to call it quits on their marriage.

“Even though she went on TV and said if Joe gets deported she’d divorce him, that has not happened and she considers Joe her husband and Teresa would never, ever cheat on Joe,” the source explained. “She’s so loyal. She is fully committed to fighting for Joe to stay in this country and hoping their family can move forward together as a united front.”

Since a judge ordered Joe’s deportation, he and his attorneys have been fighting back against the ruling in hopes of convincing the judge to allow Joe to remain in the United States with Teresa and their four daughters.

As for what Teresa has been telling her husband about the ongoing rumors linking her to Blake, who is 20 years her junior, another insider revealed to Hollywood Life that Teresa has assured Joe he has nothing to worry about.

“Teresa has known Blake for a while now and they’re just really good friends and business partners,” the second insider explained. “She even looks at him like family, in the same way she views a lot of the men and women in her life. Teresa is a very loyal friend and cherishes those friendships, but she would never cross any lines.”