Home Real Housewives of New Jersey News RHONJ Season 10 Spoilers Revealed! Find Out What to Expect From Teresa Giudice and Her Co-Stars Plus a Video Sneak Peek!

RHONJ Season 10 Spoilers Revealed! Find Out What to Expect From Teresa Giudice and Her Co-Stars Plus a Video Sneak Peek! 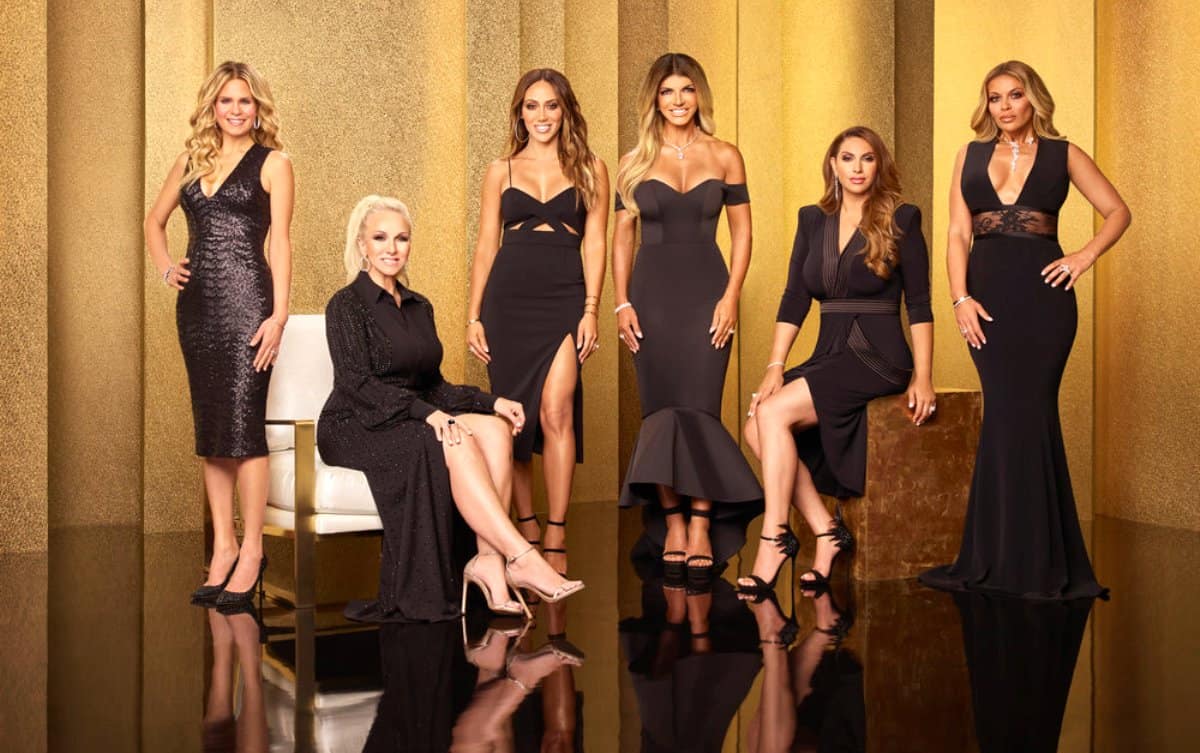 Fans of The Real Housewives of New Jersey are reportedly headed for the “best” season yet.

According to a new report, Teresa Giudice, Melissa Gorga, Dolores Catania, Margaret Josephs, Jennifer Aydin, Jackie Goldschneider, and Danielle Staub won’t disappoint when they return to Bravo TV in the coming months for the show’s 10th season. Fans are now getting a sneak peek at the drama that is to come.

“The upcoming season of RHONJ is the best in the show’s history by far. The drama and the fighting is insane,” a source told Hollywood Life.

While Teresa used to be one of the more dramatic cast members on the series, the insider said she laid low throughout the season as the rest of the women fought over her friendship with Danielle.

“Teresa is really mellow actually and is pretty Switzerland this season,” the source explained. “She gets along with everyone except Jackie… They will just never get along.”

“Teresa’s life is quite dramatic right now without the other ladies, so it’s a lot of what her family is dealing with and her life as a single mom right now and the girls dealing with [Joe Giudice] while he’s away,” the insider continued.

Filming on The Real Housewives of New Jersey is believed to have begun in March. Just two months into production, Melissa and Jennifer suffered a major falling out during a cast trip to The Hamptons. Now, several weeks later, things are still tense between the two women. People close to them are unsure if they’ll ever make amends due to the severity of their fight.

“Melissa has tried to not get involved in Teresa’s friendship with Danielle since Teresa and Melissa are finally in a good place, but she just doesn’t get how she could be friends with her and Jennifer feels Melissa needs to mind her own business,” the source explained of the drama between them. “Though Danielle comes up a lot in conversation, she hasn’t filmed that much this season. Teresa and Jennifer are the only ones who are friendly with Danielle. Teresa has asked everyone to stay out of her business and friendships as she truly doesn’t want to fight with anyone with everything going on in her life. She’s made it clear she just needs love and support and doesn’t have time for that stuff.”

In addition to Melissa’s drama with Jennifer, she has reportedly feuded with Danielle after siding with her on-screen nemesis, Margaret, who she battled with throughout The Real Housewives of New Jersey season nine.

“Margaret and Melissa go really hard on Danielle and just don’t understand why she keeps coming around,” the insider said.

“The fights are real and the cast is a bit divided at the moment,” the source continued. “They’re all fighting like crazy and it’s very much Melissa, Margaret and Jackie versus Teresa and Jennifer with Danielle being the reason behind a lot of the fighting. The finale filmed last week with all of the ladies as despite those who don’t get along, they’re all professionals and know when and how to show up.”

Finally, a video sneak peek of the new season has been shared online. In the video, the cast members can be seen discussing Joe Giudice’s deportation drama. That clip is below.

The Real Housewives of New Jersey season 10 is expected to air on Bravo TV sometime later this year.