by Lauren Mills May 22, 2019 2 comments
ShareTweetWhatsappPinterestRedditTumblrMailFlipboard 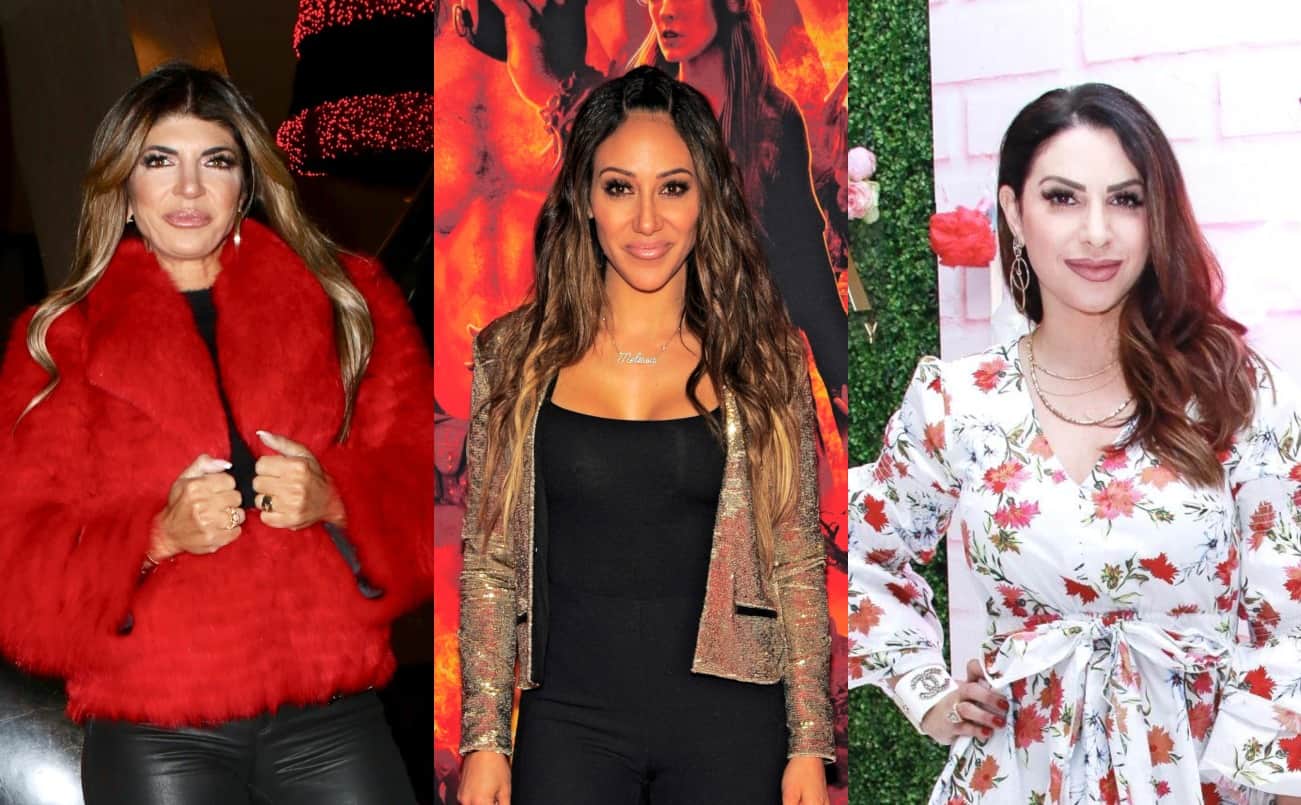 Teresa Giudice is reportedly caught in the middle after her sister-in-law Melissa Gorga and her The Real Housewives of New Jersey co-star Jennifer Aydin got into a fight. The fight supposedly happened in the Hamptons as the gang was celebrating Teresa’s 47th birthday.

The ladies are currently filming Season 10 of the RHONJ, which is expected to premiere on Bravo later this summer. And it appears that tensions are running high for the ladies while filming.

“The ladies of RHONJ were in Westhampton on a cast trip when a huge fight ensued on Wednesday during lunch at Margarita Grille where they were filming. Melissa and Jennifer went head to head yelling at each other and everyone was wondering what was going on. It was so bad they had to be split up and held back by the other ladies and the trip was cut short. It seemed really stressful,”  a source has revealed about the incident to Hollywood Life, resulting in the fight that has put Teresa in the middle.

Melissa and Jennifer reportedly want Teresa to pick sides. The source claims that Teresa told Melissa that she has her back given they are family, but Jennifer is a very close friend and she doesn’t want them to fight.

The report doesn’t detail what the fight is specifically about, but most of the plans were canceled during their Hamptons trip. The ladies had reportedly planned to do private yoga and relaxing. However, the fight didn’t affect everyone on the trip.

“Later that evening, Teresa, Melissa, Margaret Josephs, and Dolores Catania debriefed over cocktails and dinner overlooking the water. They were in a pleasant mood and enjoyed lobster and wine. They all got along well and were laughing and in good spirits. They were also seen out and about shopping on Main Street, too,” the source continued.

“Teresa made it clear by joining Melissa at dinner that she’s got her sister-in-law’s back, however, Jennifer is one of her closest friends, so she doesn’t want to feel she needs to pick a side. Melissa and Jennifer hopefully will be able to talk this out and move on which is why everyone felt it was best to give filming a bit of a breather to let the ladies calm down. It was pretty heated,” the insider added.

This isn’t the first time we’re hearing about drama from this year’s filming of the upcoming season. Earlier this year, Teresa threw a glass of water while talking with Jennifer during her recent fashion show. Teresa is also dealing with her husband’s deportation case. He has been in ICE custody since his March release, but he recently gained support from 27 former immigration judges, who want him to stay in the country.