Home Real Housewives of New Jersey News REPORT: Margaret Josephs Accuses Jennifer Aydin of Cheating on Husband Amid RHONJ Filming as Jennifer Feels “Betrayed” by Cast, Did Teresa Side With Her?

REPORT: Margaret Josephs Accuses Jennifer Aydin of Cheating on Husband Amid RHONJ Filming as Jennifer Feels “Betrayed” by Cast, Did Teresa Side With Her? 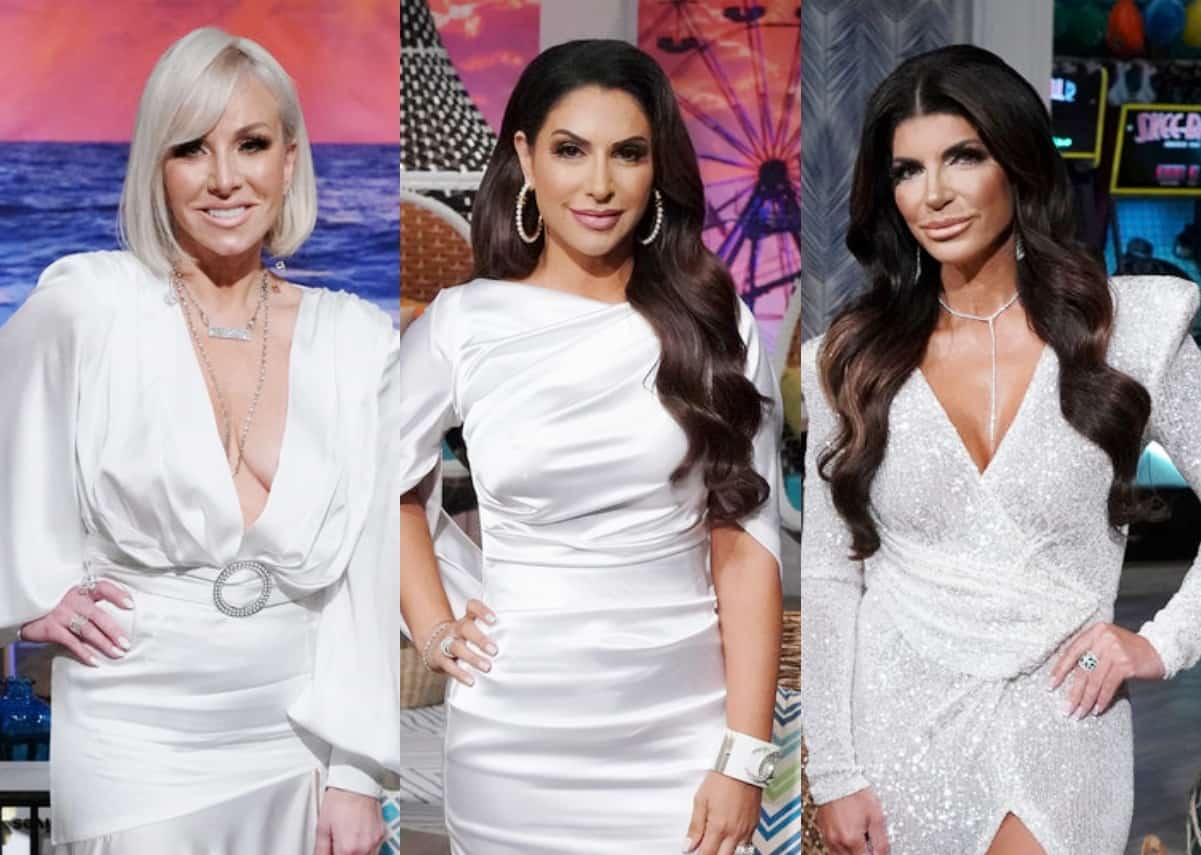 Jennifer Aydin is reportedly being accused of cheating on her husband, Dr. Bill Aydin, amid production on the upcoming 12th season of The Real Housewives of New Jersey.

According to a shocking new report, Margaret Josephs has been passing on the rumor about Jennifer, who defended Teresa Giudice last year after she brought up a false rumor claiming Jackie Goldschneider‘s husband, Evan Goldschneider, was cheating, and “hoping Jennifer is fired next.”

“Margaret has been going around on-camera saying to anyone who will listen that Jennifer has a history of cheating on her husband Dr. Bill Aydin,” an insider revealed to The Sun on August 4, claiming that Margaret, along with Jackie and Melissa Gorga, are “behaving like mean girls.”

While Jennifer and Teresa were thick as thieves last year, the three women are said to be “demanding that if Teresa Giudice wants to have peace with them, she needs to distance herself from Jennifer,” which has left Jennifer with “no one to film with besides Dolores Catania and part-timer Caroline Rauseo.”

The source went on to say that ever since Teresa reconciled with Jackie and began doing couples activities with her and Evan, as well as boyfriend Luis Ruelas, things between Teresa and Jennifer have been tense.

“This has been creating extreme animosity between Teresa and Jennifer on and off camera over the past couple of months,” the source shared. “In June, when filming started, Teresa immediately made up with Jackie, and now the couples have been playing golf regularly. Between June and July, Melissa, Margaret & Jackie disinvited Jennifer from numerous events.”

Although Jennifer has had Teresa’s back through thick and thin and been accused of kissing her butt on a number of occasions, her loyalty to the RHONJ OG is reportedly not being reciprocated.

“Teresa has continued to attend the trio’s events. This has all gotten back to Jennifer, who feels extremely betrayed by the entire cast and feels like she has no one to trust,” the insider said.

News of Margaret’s alleged cheating claims against Jennifer comes just days after a report from Deux Moi on Instagram claimed Jennifer had doused Margaret with a glass of wine at a weekend party and weeks after Andy Cohen confirmed the women of season 12 “came out hot, right out of the gate” on an episode of Watch What Happens Live.

The Real Housewives of New Jersey season 12 began filming in early June and will likely premiere on Bravo late this year or early next year.