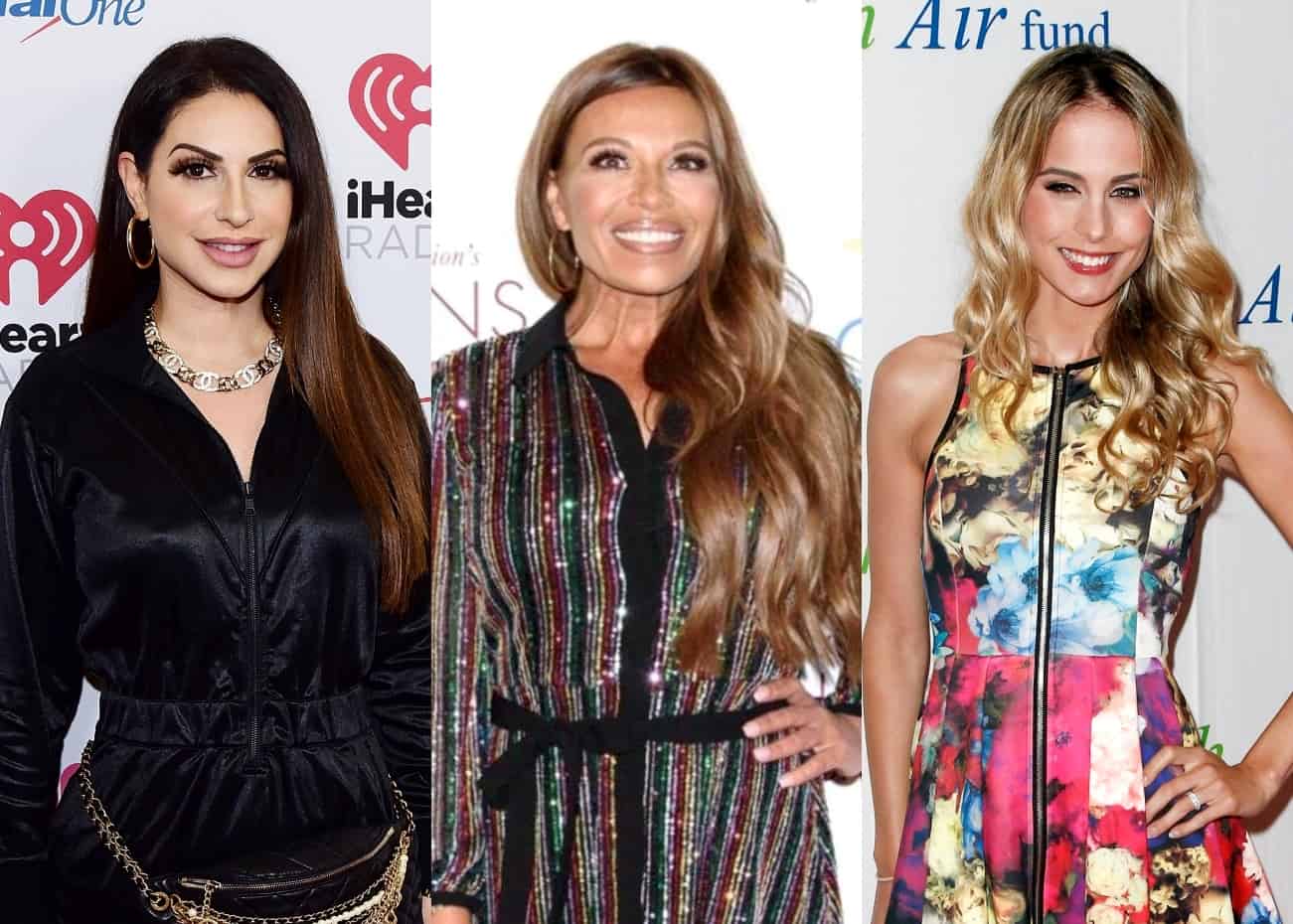 Is Jennifer Aydin being replaced by newbie Traci Lynn Johnson for the upcoming 12th season of The Real Housewives of New Jersey?

Over the weekend, after Melissa Gorga threw a cast event at her Shore House that was attended by Traci and her husband, former NFL player Tiki Barber, a number of her fans and followers took notice of her absence and asked questions about her whereabouts.

“Pink Party at Missy G’s!!” Melissa wrote in the caption of a July 17 slideshow, which featured her and her castmates wearing pink outfits in front of a rose-covered background.

After the photos were shared, Melissa was flooded with questions about her RHONJ co-star, who she engaged in a messy Instagram feud with amid the season 11 reunion.

“Jen apparently already finished the tequila earlier in the day,” one person joked.

“Thank you Jesus for no Jennifer,” another wrote.

Then, when Dolores Catania shared the same photo, her online audience asked just as many questions.

“Ummmm where is Jennifer? Y’all better not be trying to ice her out,” someone warned.

“Where is Jennifer?” wondered another person.

Margaret Josephs also posted the group shot on her page.

“I couldn’t figure out why I loved this picture so much. Then I realized Jennifer wasn’t in it,” one of her fans responded.

Although some have suspected Jennifer has either been fired or demoted, the Real Housewives Franchise on Instagram told one curious follower of the series that she is still filming a full-time role.

“[She’s] still full-time, but has fallen out with a lot of the cast,” the fan page explained.

In other RHONJ news, Dolores recently appeared on an episode of Watch What Happens Live, where she described the new season as “hot” and “rough.”

As the Real Housewives Franchise on Instagram revealed, Dolores was featured in the audience during the July 18 show. And, after Andy Cohen confirmed season 12 is in full-swing and said the women “came out hot, right out of the gate,” Dolores agreed viewers “will have a lot to talk about.”

The Real Housewives of New Jersey season 12 is expected to premiere sometime later this year or early next year on Bravo.