The ladies of The Real Housewives of New Jersey just wrapped their season 11 reunion taping and they’re sharing their white-hot looks!

It’s been an explosive season with no shortage of drama, and the ladies recently sat down to hash out their differences with host Andy Cohen acting as their mediator, of course. Though the women don’t always agree, it seems they were all on the same page when it comes to this season’s theme.

Check out the stunning, one-of-a-kind looks and let us know which one is your favorite in the poll below.

Margaret Josephs looks more confident than ever as she poses in this Bronx and Banco gown (per Bravo TV) with a plunging neckline down the front. She went with a classic, platinum lob that finished the look off perfectly. 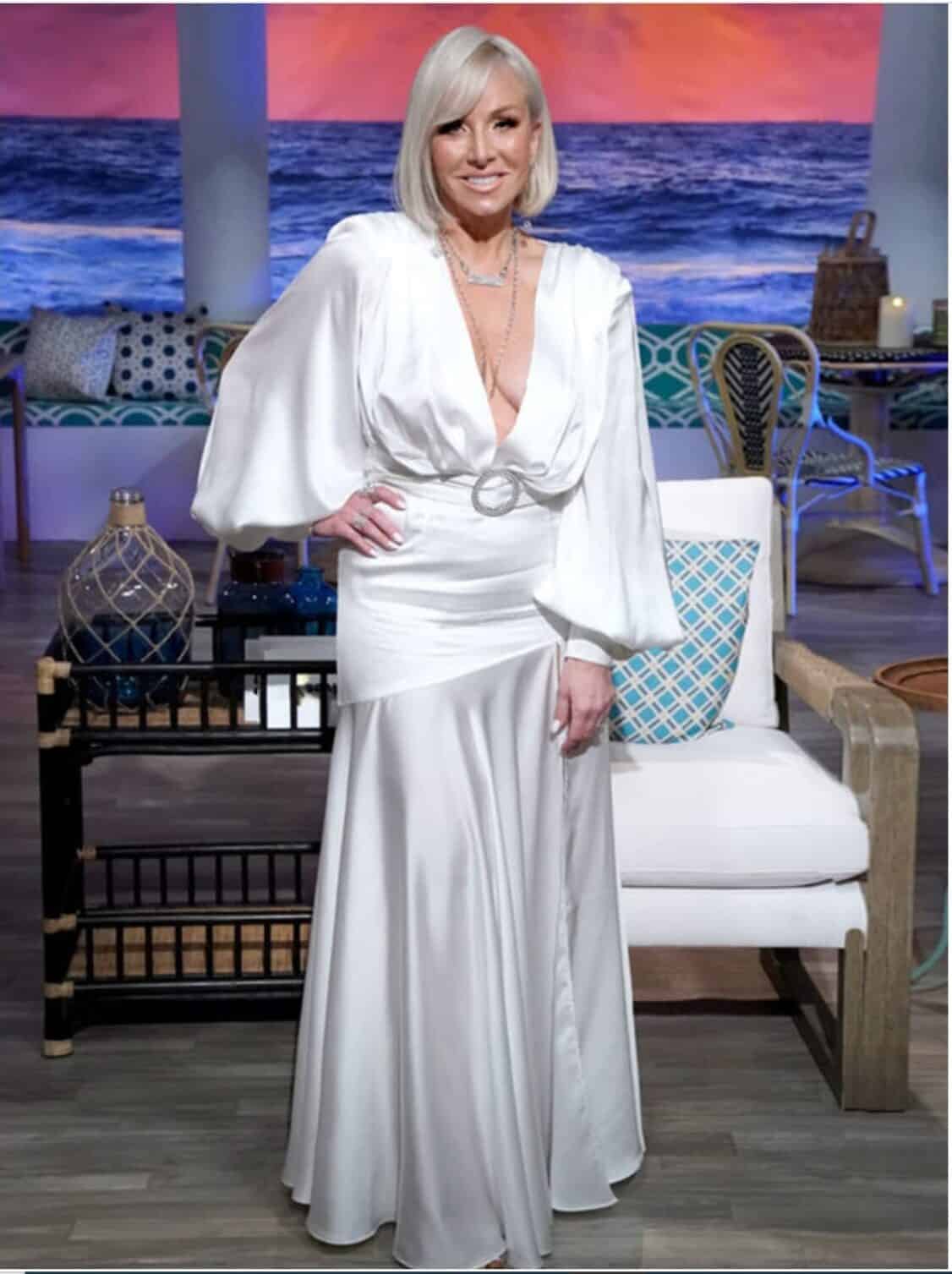 Jackie Goldschneider looks elegant and sophisticated in this dress designed by Nadine Merabi. The side train adds an extra element to the simple but stunning look, and the David Yurman statement earrings really make her slicked-back pony pop. 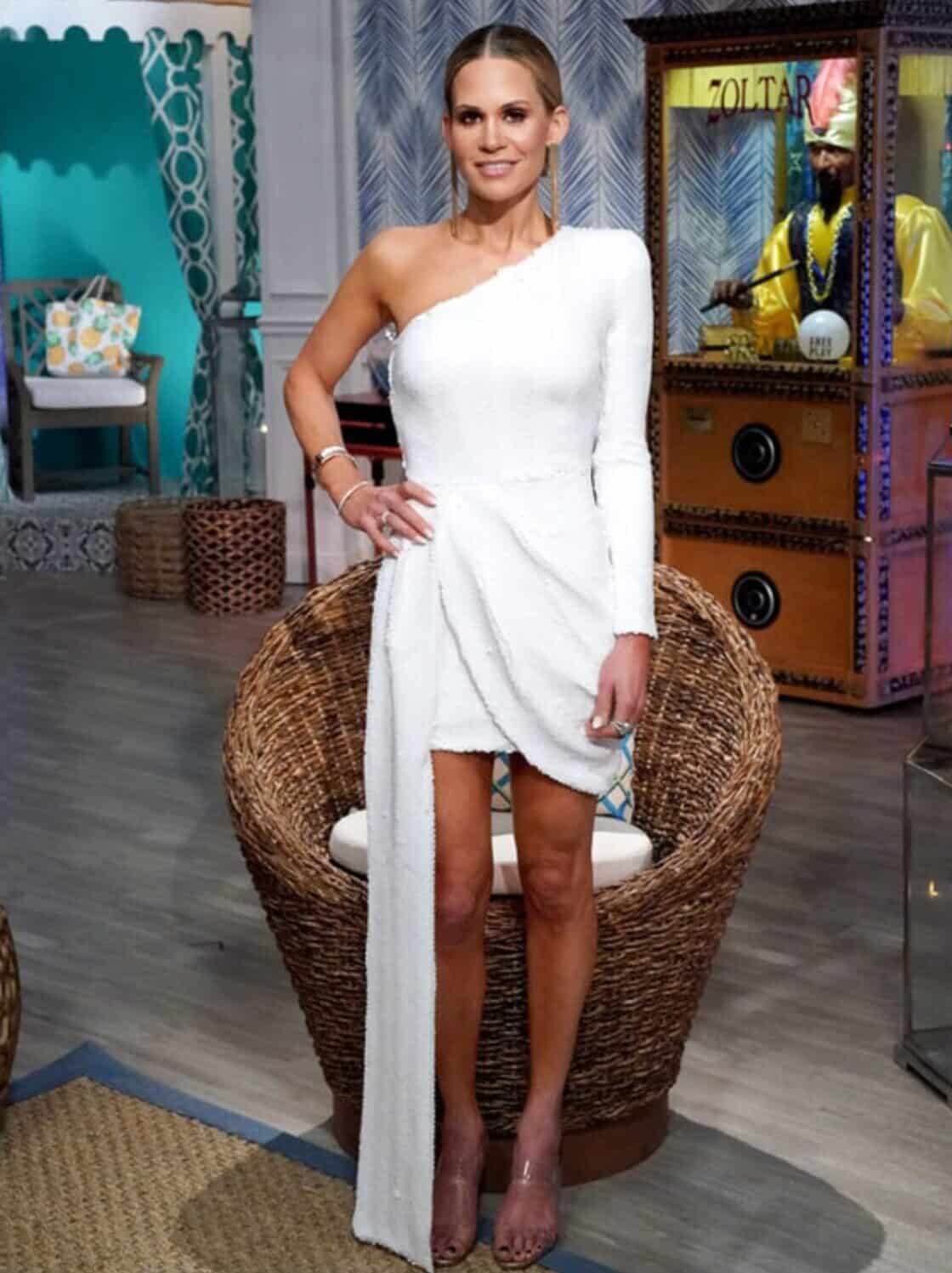 Dolores Catania opted for a shimmery, gold look in this gown designed by Tarik Ediz. The former corrections officer always looks like a million bucks, but this could be one of her best looks yet. 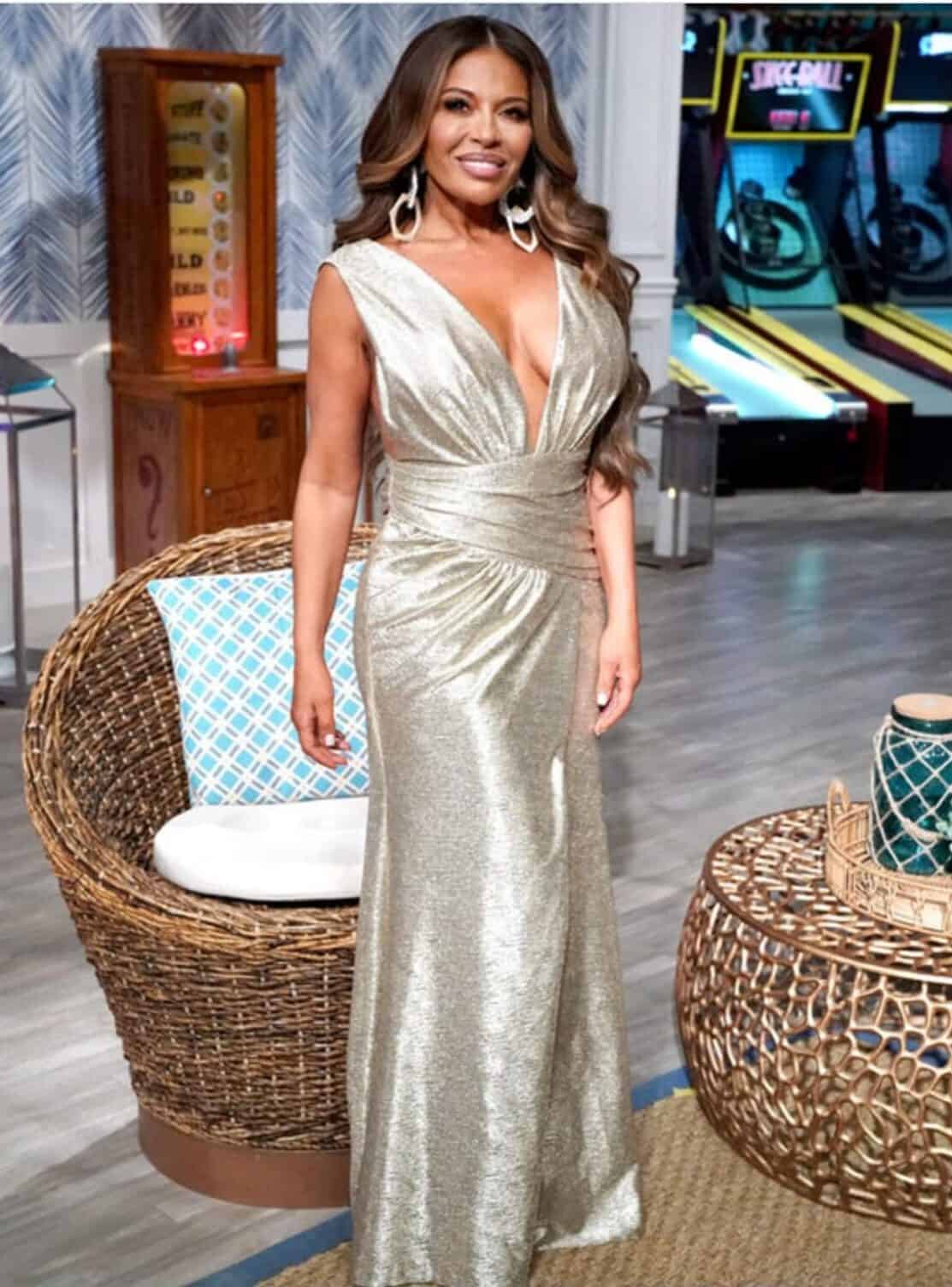 Jennifer Aydin looks as fit as ever in this hip-hugging dress by Betsy & Adam. Of course, she’s wearing Chanel jewelry, but she’s also wearing a piece designed by her brother, John Michael. The 44-year-old finished off the stylish look with white Versace heels. 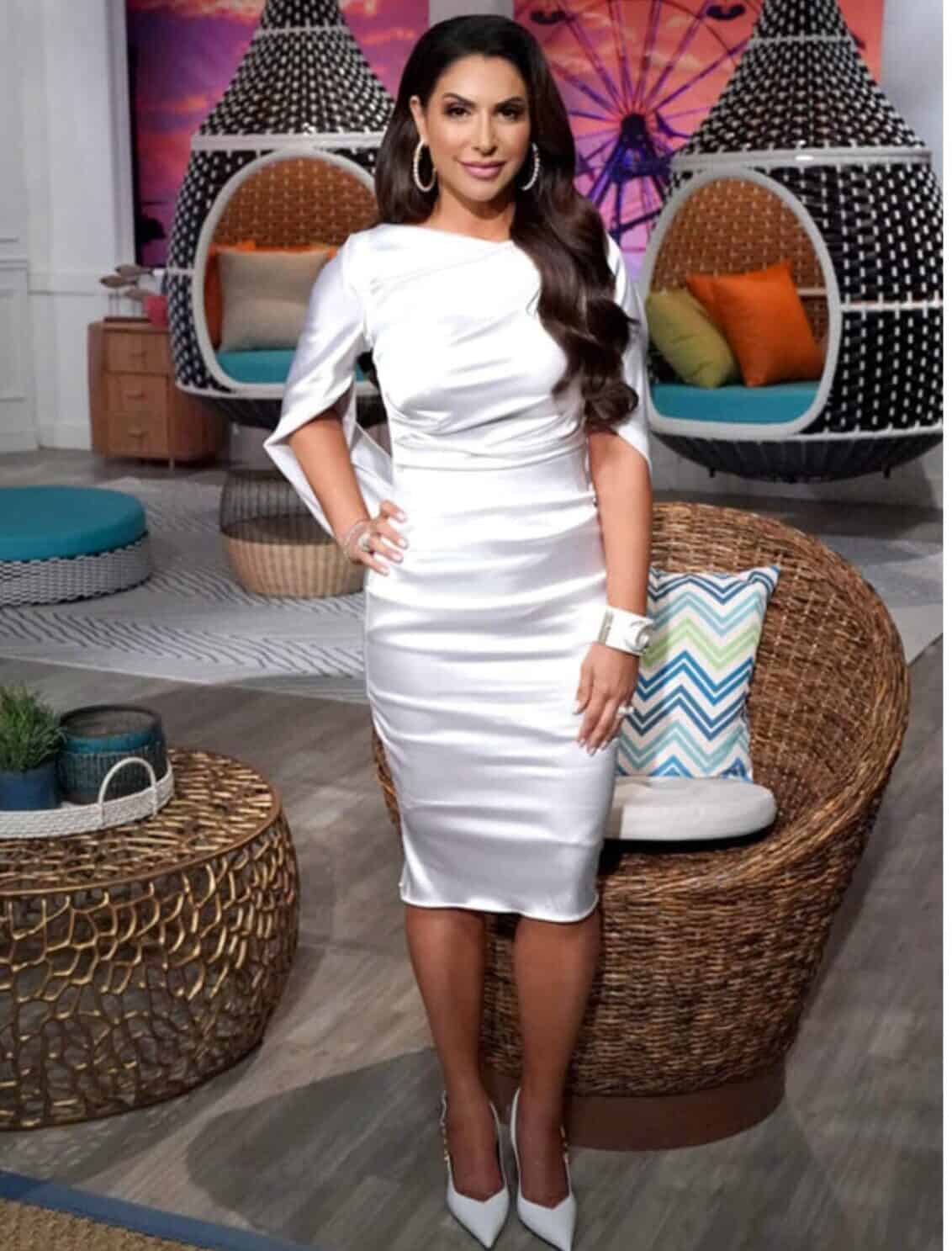 Melissa Gorga showed off her seemingly perfect body in this sexy, sheer design by Ryan Patros Official. The mother-of-three struck a sassy pose in order to show off her Giuseppe Zanotti shoes and perfectly placed thigh slit. 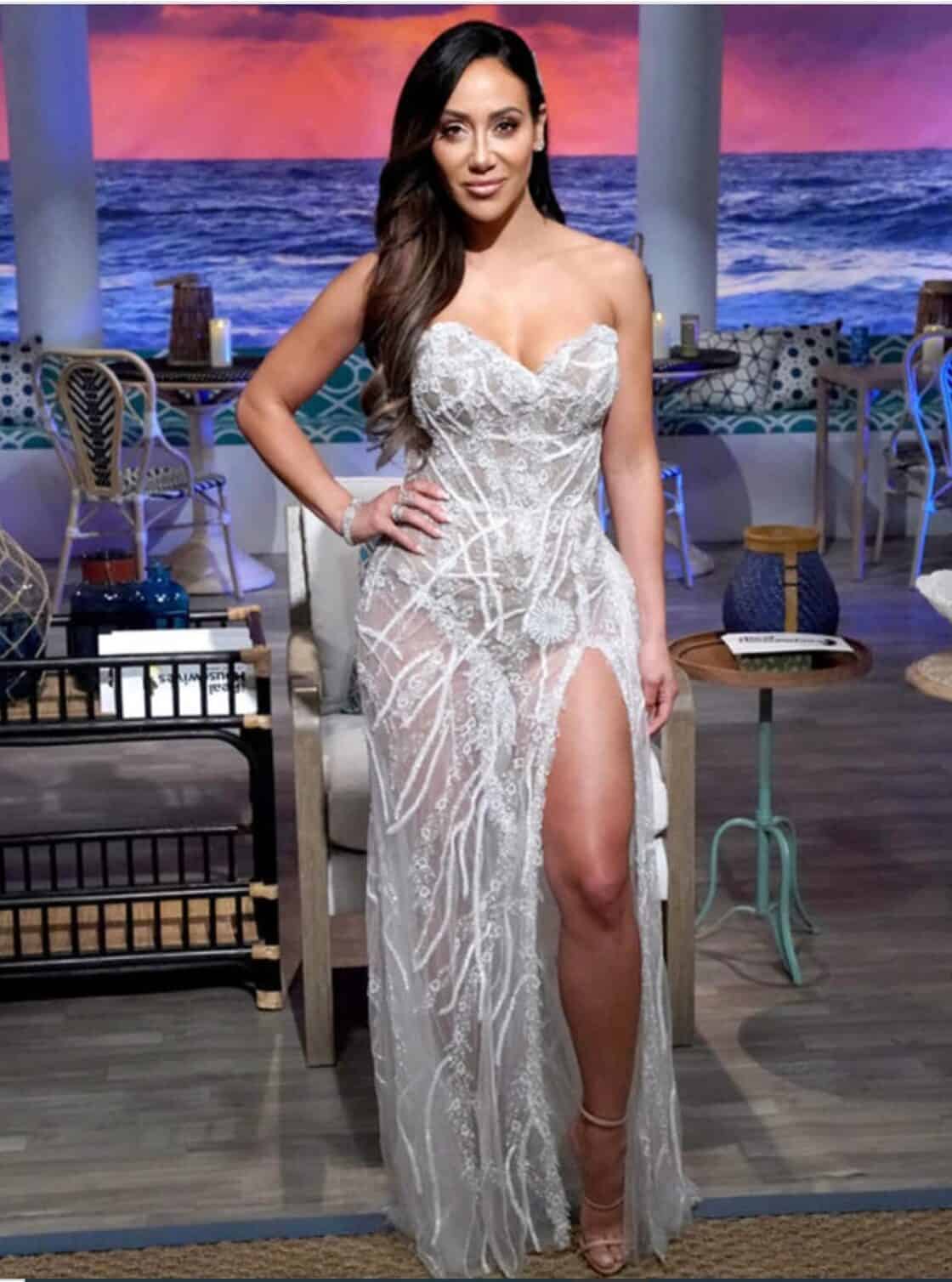 Last, but certainly not least, Teresa Giudice slayed in this Michael Costello look, which accentuates her perfectly tanned legs. She paired the gown with a multi-carat diamond necklace and strappy Stuart Weitzman heels. 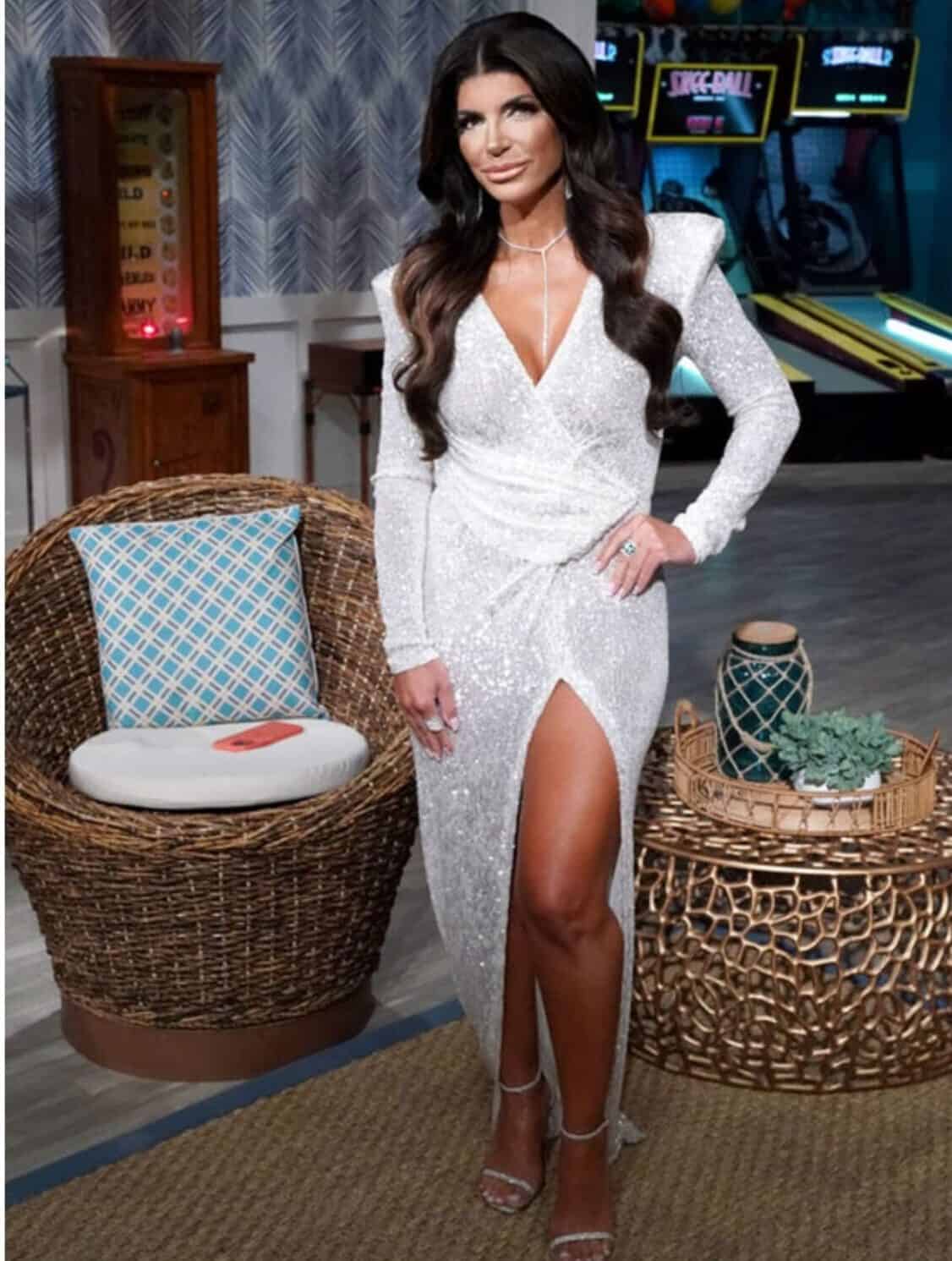 The New Jersey women are proving that simplicity can still be radiant, but according to a source, the reunion drama was anything but simple as Teresa and Jackie reportedly got into an “explosive” argument.