RHONJ’s Evan Goldschneider Reacts to Teresa Giudice’s Apology as Jackie Goldschneider Explains How She Rid Her Life of Teresa’s “Toxicity,” Plus Teresa Praises Evan as a “Gentleman” 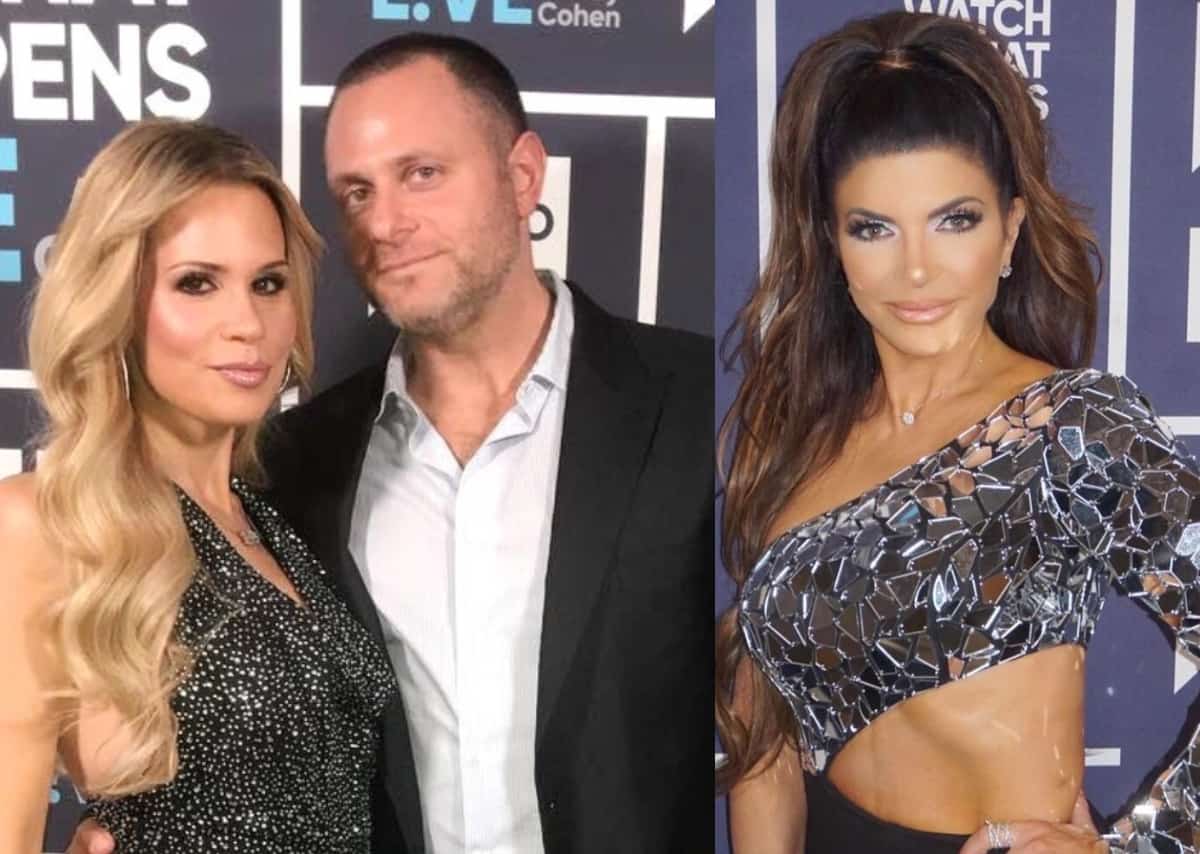 Evan Goldschneider is sharing his thoughts on the apology Teresa Giudice offered him during the latest episode of The Real Housewives of New Jersey.

Weeks after fans watched as Teresa spread a rumor about him potentially cheating on his wife Jackie Goldschneider, Evan explained his reaction as Jackie revealed why she was quick to move on, and Teresa also shared why she ultimately decided to say she was sorry for passing on the messy allegation.

“My whole motto is, ‘Bad things happen.’ Obviously, this was an uncomfortable, bad thing that I didn’t want in my life but Teresa brought it up and that day, when she apologized, I was like, ‘Let’s just move on,'” Evan recalled on the March 31 episode of the RHONJ: After Show. “I think that’s the mature thing to do, the right thing to do.’”

Jackie also chose to move on quickly when Teresa first apologized to her.

“I forgave her in like two seconds. It was for me. It was for us. I know Teresa’s not my friend, and I just wanted this toxicity out of my life, and I knew that if I did not forgive her in that moment that I was holding onto something I did not care about,” she explained.

Although Jackie acknowledged that Teresa’s apology wouldn’t have cut it if the two of them were close friends, she noted that she doesn’t value the relationship they have.

“This is not a close friend we’re talking about. I just wanted it to end,” she shared.

As for what prompted Teresa to approach Jackie with the apology, Teresa said her late father, Giacinto Gorga, inspired her to make amends.

“I was like, this is crazy, because I saw her crying hysterically. I mean, Jackie lost it. She was a mess,” Teresa shared. “What I was thinking about was my dad. We were there for his celebration party.”

After first offering an apology to Jackie, Teresa was encouraged to do the same for Evan.

“If we’re going to be able to be together in a room and I’m going to ever not hate you, you have to give my husband the respect of telling him yourself and I was not giving her a pass on that… I’m actually proud of her that she did [apologize to Evan directly],” Jackie said, looking back.

While Teresa was a bit hesitant to approach Evan, and first wanted his wife to simply relay the apology to him, she was ultimately impressed with the way he reacted.

“He was a gentleman. He was. And I’m glad he was,” Teresa said. “I’ve always liked Evan and now I like him even more.”