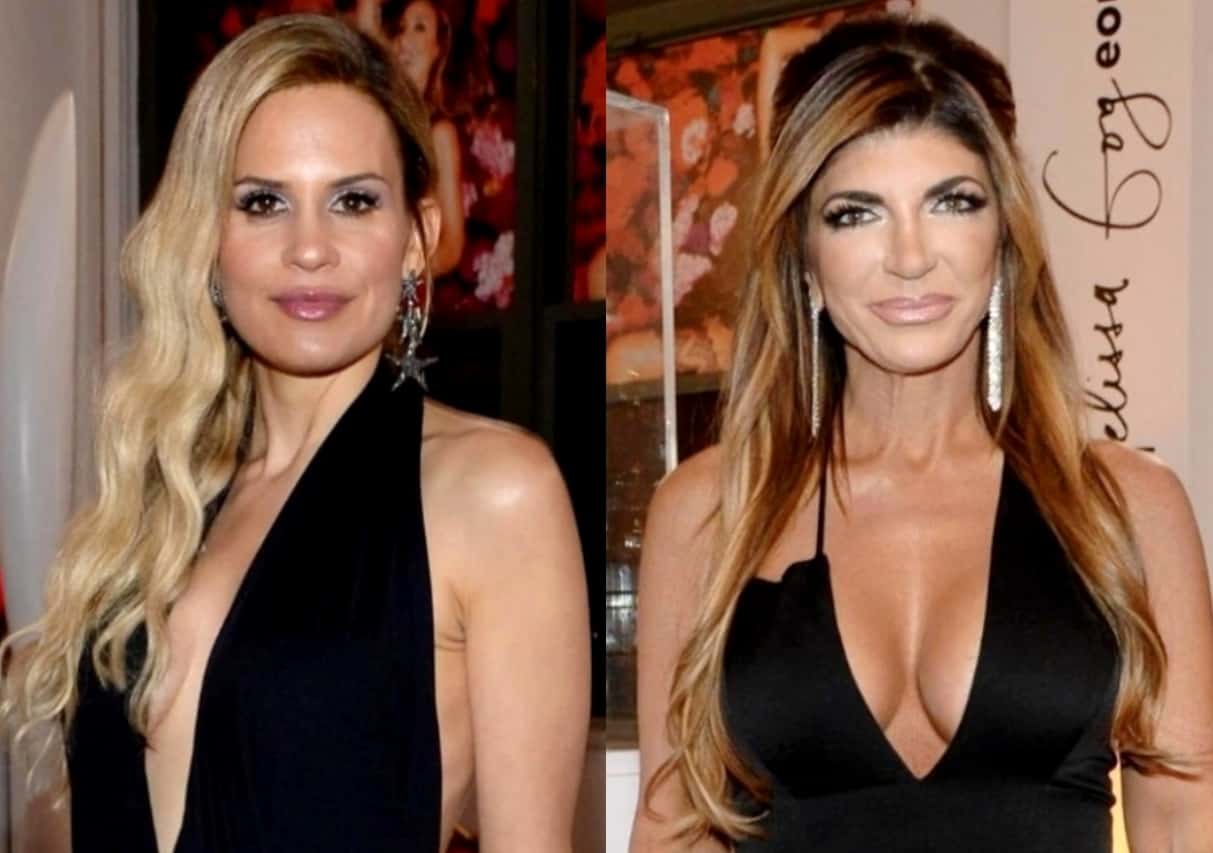 Jackie Goldschneider still can’t believe that her 15-year marriage to husband Evan Goldschneider was targeted by Teresa Giudice throughout the 11th season of The Real Housewives of New Jersey.

During a podcast appearance earlier this week, Jackie looked back on the messy rumor Teresa spread regarding Evan’s supposed cheating before addressing a potential cast shakeup, discussing Michelle Pais‘ role on the show, and teasing not one, but two upcoming books.

“The irony is that you’re taking the most stable and beautiful marriage on the show and trying to crumble it when behind closed doors, there’s so much disaster going on with other people,” Jackie said on the March 23 episode of Not Skinny But Not Fat.

While some felt it odd that Jackie had gone around encouraging guests of her re-do party to assure Evan that no one believed what Teresa had said, Jackie explained that she did so in an effort to make sure Evan would be comfortable moving forward with their roles on the show.

Looking back at Teresa’s remarks about her husband’s alleged behavior at his gym, Jackie said her castmate was clearly using her for relevance on RHONJ, noting that if that wasn’t the case, their drama would have ended on Margaret Josephs‘ couch.

Although there have been rumors suggesting that both she and Dolores Catania will be fired ahead of season 12, Jackie said casting rumors are nothing new before seemingly confirming her return.

“They look every season,” she revealed. “It’s harder to cast these shows than people think. You have to have a lot more than just be a well-dressed, pretty girl. But as far as I know, there’s no shakeups going on, [and] as far as I’ve been told, I’m ready for next season’s filming to start.”

When the host then mentioned the series’ “friend” of season 11, Michelle, Jackie admitted that she is confused about why fans haven’t seen more of her on recent episodes.

“She did film a fair amount. She came in with a lot of drama [and] started off really, really wanting to be on the show. I’m not sure what happened along the way,” Jackie said.

As for her current projects, Jackie said she’s in the “proposal phase” of a new book.

“I love writing, so for me, the opportunity to write my own book… I don’t know that there’s ever been a Housewife book that has actually been written by the person. So I’m very excited. I wouldn’t want anyone else to tell my story,” she explained, adding that she has a second book in the works with “somebody else.”

After revealing that she “blocked” Teresa on social media after their fight, Jackie teased the upcoming episode of RHONJ, saying that it’s “ugly” and “a shame.”

“I went into that night in such a good headspace. I don’t want to ruin it but it is a dramatic night, not just for me, there’s other things that go on that night too. But me and Teresa do come face to face,” she shared.