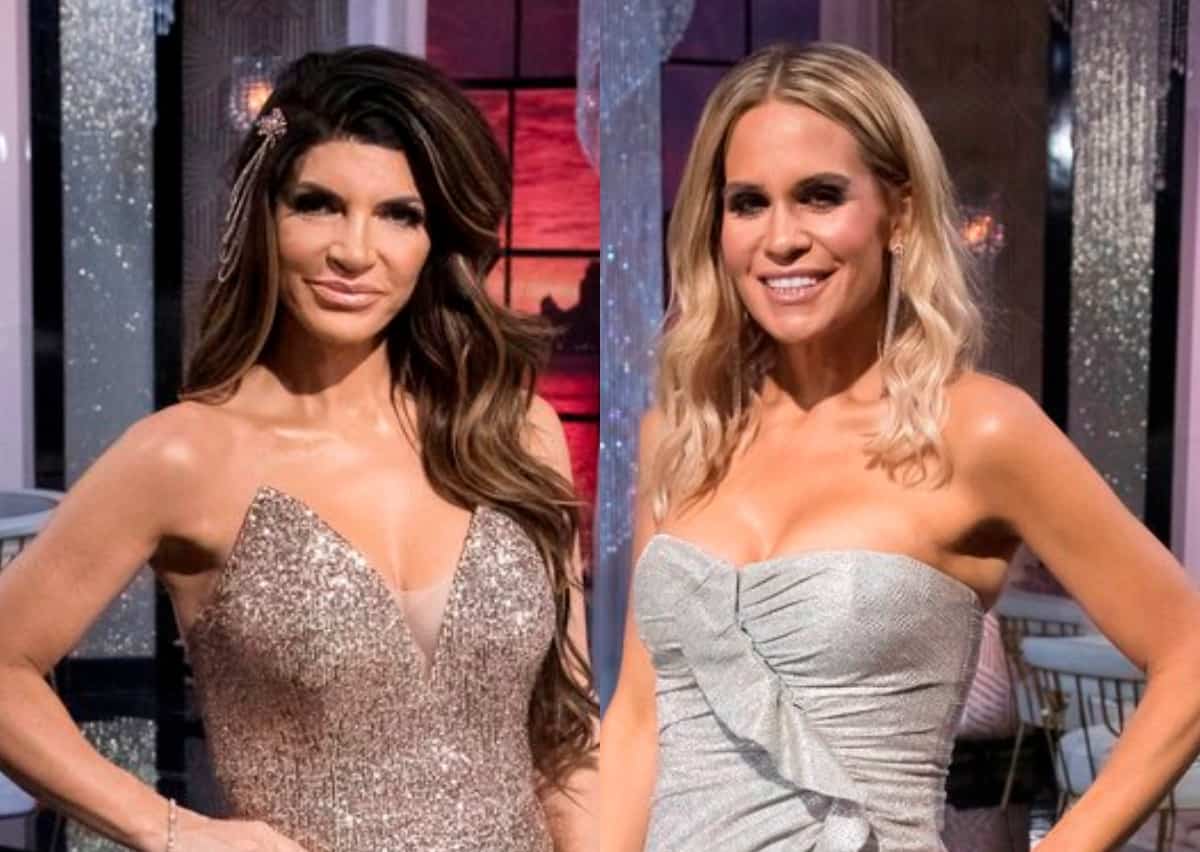 On the Real Housewives of New Jersey season premiere, fans watched as Teresa hopped from castmate to castmate to discuss a salacious rumor she heard from an undisclosed source. She asked her co-stars — in front of Jackie’s actual friends at some points — if they had heard about Evan cheating on his wife.

Of course, Jackie was alerted to the gossip and met up with the star in an attempt to nip it in the bud. However, the meeting took a dramatic turn after Jackie used an analogy involving Teresa’s 20-year-old daughter, Gia Giudice, that sent the protective mother into a tailspin.

“I heard Gia snorts coke in the bathroom at parties. I mean, I heard it! I don’t know where I heard it from…” Jackie said in an attempt to help Teresa grasp the magnitude of her words.

In a new interview, Teresa is dishing on the intense argument and sticking by her decision to discuss the cheating rumor publicly.

“She tries to act like she’s this person you could speak to, and she’s a lawyer and all this…” Teresa told Entertainment Tonight. “A lawyer and being so smart, that was the worst analogy possible. And being a mom of four? Very bad move.”

“I think anybody – anybody – that would say something like that about someone else’s child is disgraceful. It is,” Teresa continued. “As a lawyer, not smart. Just saying! Not smart at all.”

As fans have likely heard, Jackie almost quit the show after the incident and stopped filming for a period of time, which Teresa admits she was happy about because she believes the ladies are “obviously” better off when Jackie’s not around.

The Turning the Tables author defends bringing up the rumor on the show simply because she was also forced to face similar rumors while she was married to her ex-husband, Joe Giudice.

Although she and Jackie have a dicey past, the New Jersey native claims her behavior was definitely not premeditated, but she admits the flowing alcohol likely played a role.

“I was drinking a lot of tequila and then, I don’t know,” she explained. “I was looking at her, and this is how I work … I’m very spontaneous, something just clicked in my brain and I was telling my girlfriends. It’s not like I was telling strangers. We’re all in the same circle.”

As for where Teresa heard the rumor, she says to stay tuned because more details will come to light in the weeks ahead.