RHONJ’s Jackie Goldschneider Clarifies Rumor About Gia Giudice and Confirms There’s “No Truth To It,” Explains Bringing Up Gia and Slams Teresa Giudice For “Disgusting” Rumor About Husband 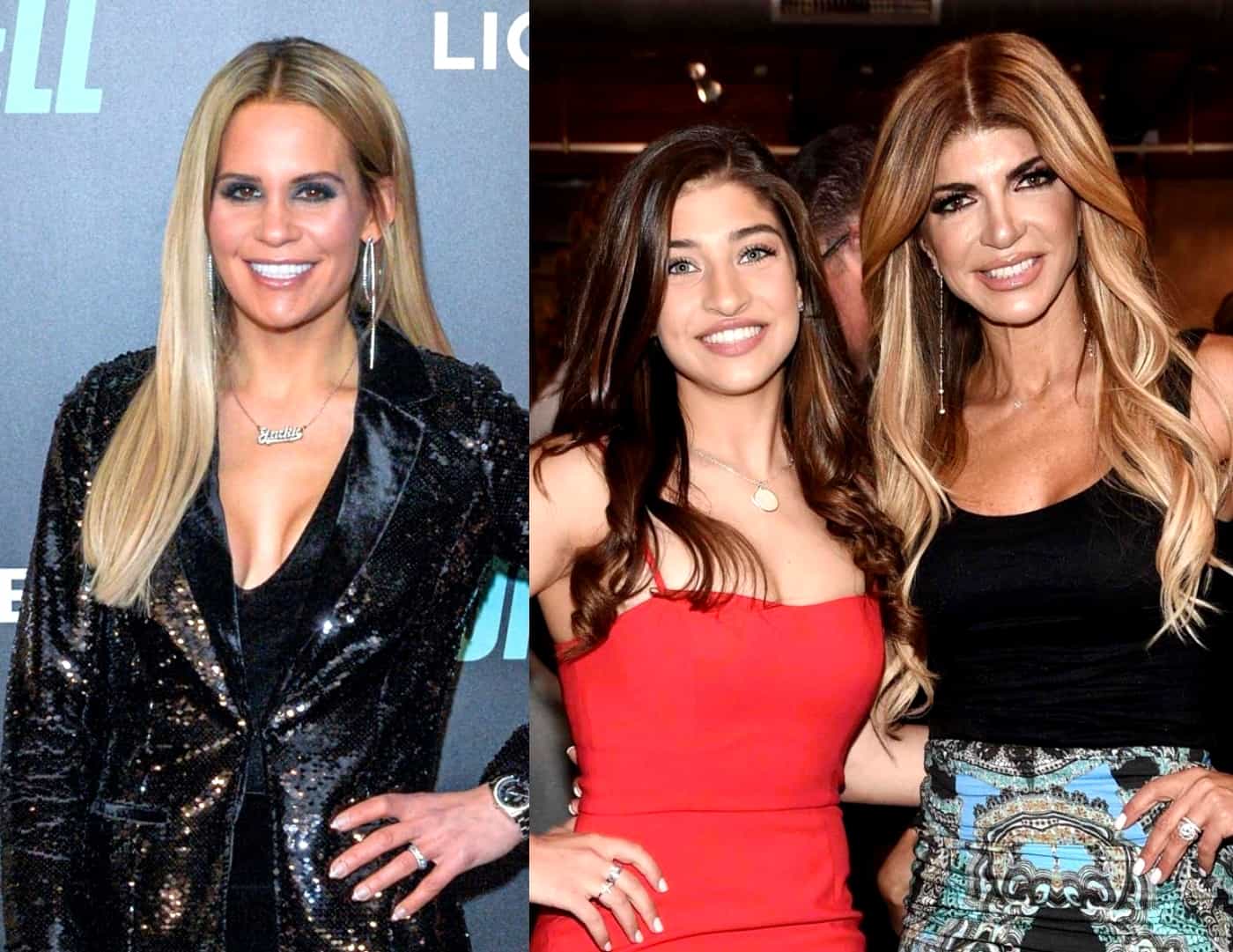 Jackie Goldschneider is clarifying the shocking rumor she shared, or analogy rather, about Gia Giudice on tonight’s season 11 premiere of the Real Housewives of New Jersey

During a heated argument with Teresa Giudice on Wednesday night’s RHONJ season premiere, Teresa spread a rumor in which she alleged Jackie’s husband Evan Goldschneider had allegedly been unfaithful with someone at his gym. Teresa’s claim was all the more shocking as she told multiple costars during Evan’s birthday party.

Later in the episode, a heartbroken Jackie decided to confront Teresa regarding the rumor, during which she demanded Teresa admit it was a lie. Teresa, however, refused to say who told her about the allegation, although she did admit she never asked for proof.

As Teresa refused to take it back, Jackie got more upset and then decided to drag Teresa’s daughter Gia into the feud, in what she now says was simply an analogy.

While going back and forth with Teresa, Jackie questioned how Teresa would feel if she went around spreading a rumor that Gia “snorts coke in the bathroom” at parties. This, not surprisingly, made Teresa rather livid as she stormed out of the room while calling Jackie the C-Word.

As the dramatic episode aired, Jackie took to Twitter to clarify that the rumor about Gia, 20, is definitely NOT true.

“My analogy about Gia was simply an analogy – there was no truth to it of course. The rest of the cast understood this, which you’ll see in the coming weeks. The behavior at my husband’s birthday party is truly unfortunate – destroying a marriage and family is not entertainment,” tweeted Jackie as the episode aired.

Jackie also called out Teresa as “disgusting” for spreading the rumor about her husband.