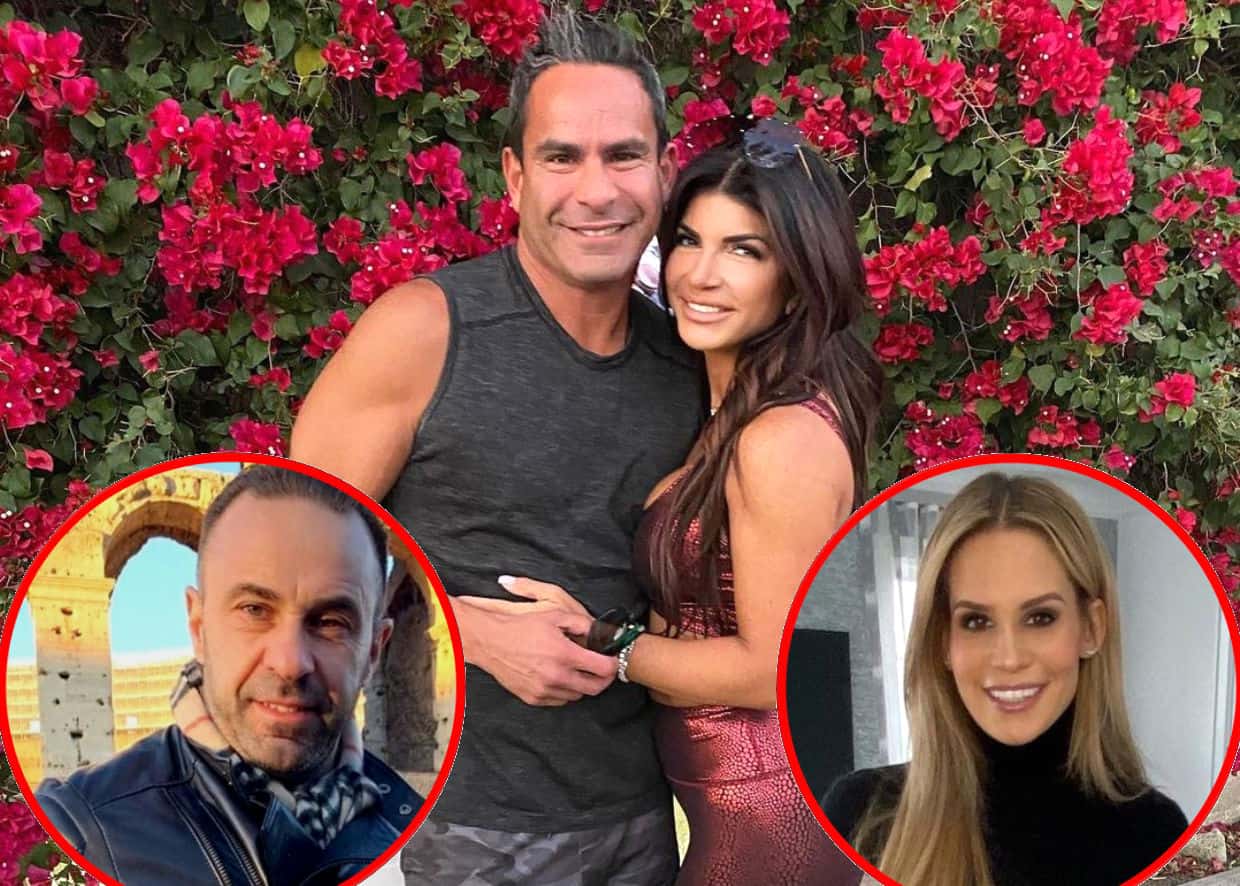 Teresa Giudice is opening up about her family’s feelings towards her new boyfriend, Luis Ruelas.

Ahead of the premiere of The Real Housewives of New Jersey season 11, Teresa revealed how her ex-husband, Joe Giudice, and their kids feel about Luis while also revealing she believes he was sent to her by her late parents, Antonia and Giacinto Gorga.

“Joe’s happy for me. Right now he’s living in the Bahamas so everything’s good. We’re all a happy family, which I’m glad,” Teresa told E! News on February 12.

While Teresa didn’t tell Joe and their kids, including Gia, Milania, Gabriella, and Audriana, about Luis right away, she felt it was an appropriate time once the girls had traveled to Italy to meet Joe’s new girlfriend.

“Gia and Milania went and met his girlfriend,” Teresa recalled. “[And] when it was the right time I told them and it was all good and he was happy for me and I’m happy for him. [The girls] like him, they think he’s great also, which I’m glad.”

In addition to telling E! News that things were “really good” between her and Luis, Teresa said she feels he was a gift from Antonia and Giacinto.

“I know my mom and dad sent my boyfriend to me. They did, you know, because my dad left me and he’s like ‘you can’t stay alone’ so I know he sent him to me,” Teresa explained. “Him and my mom, they really did. I swear, I asked them to send me an amazing person and then I met him a few weeks later on the same street.”

“I’m so happy. He’s amazing, he’s beautiful inside and out. He’s really special,” she added.

As for marriage, Teresa said she wasn’t yet sure.

“I don’t know. I have no idea,” she admitted. “I have no idea what’s going to happen. I hate answering questions for the future because I remember doing that when the show first started and then look what happened. So I just like to talk about the future. I’m all about whatever is meant to be is meant to be.”

In other RHONJ news, a recently released sneak peek shows a dramatic encounter between Teresa and Jackie Goldschneider at the home of their co-star, Margaret Josephs.

“Listen, I’m not a stupid girl,” Jackie tells Teresa in the new clip.

“If you’re not a stupid girl, stand up for yourself!” Teresa yells back.

As the conversation continues, Teresa tells Jackie “where there’s smoke, there’s fire,” which prompts Jackie to accuse her of speaking a mistruth.

“I’m not engaging in this. I need you to admit this was a lie!” she says, seemingly in regard to a cheating claim made against her husband, Evan Goldschneider.

At that point, Teresa calls Jackie a “b*tch” and storms off, telling Margaret, “She brought up my daughter.”