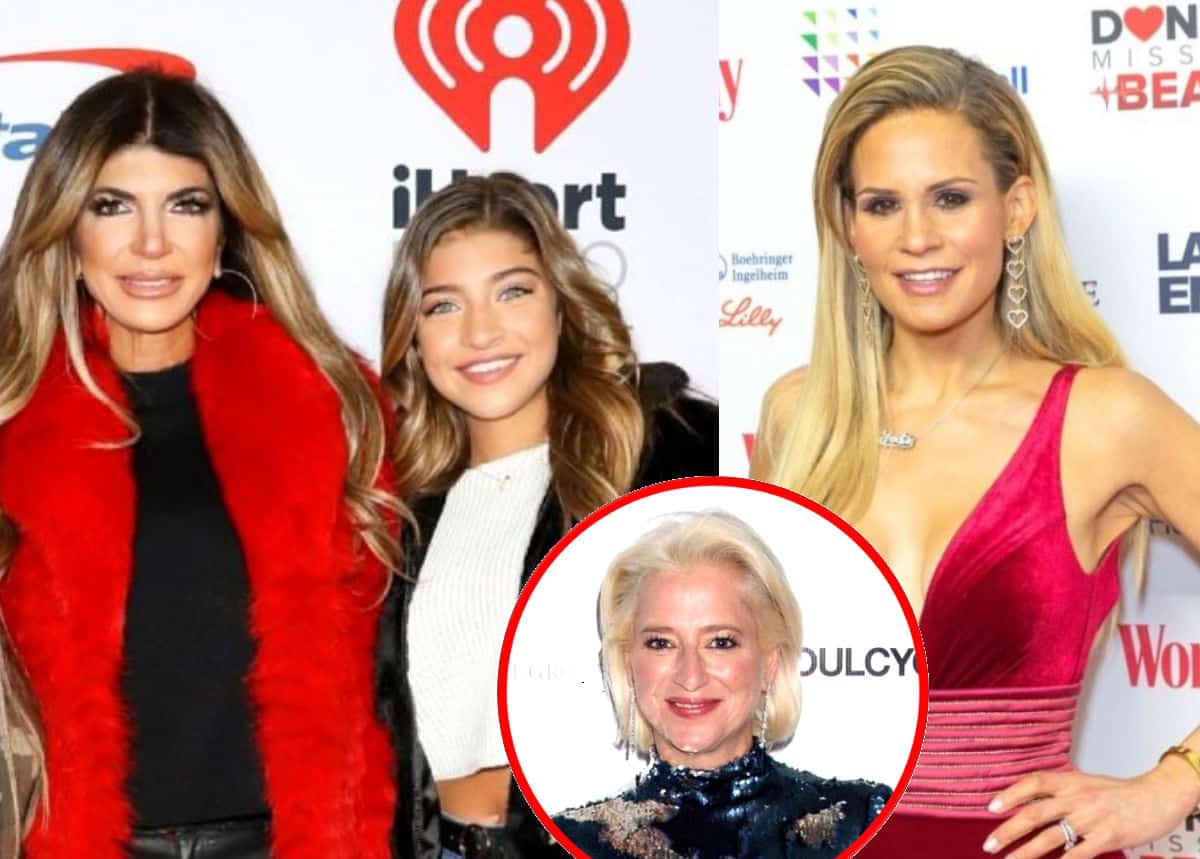 Gia Giudice took to her Instagram Stories on Wednesday night to react to the shocking drug analogy Jackie Goldschneider made against her on the premiere episode of The Real Housewives of New Jersey.

After watching as Jackie suggested she had heard that Gia was doing cocaine in the bathrooms at parties while trying to explain why she was so hurt by Gia’s mom, Teresa Giudice, spreading a false rumor about her husband Evan Goldschneider cheating, Gia reacted to the drama by sharing a message from Teresa’s business manager.

“Gia is a wonderful, smart, strong and beautiful human being and what was done to her tonight was wrong on so many levels. For a grown a** ‘I’m so so smart I’m a lawyer’ woman to bring Gia’s name into an argument [and] place an accusation with such a weighted consequence is inconceivable,” the message, which was shared via screenshot by All About the Real Housewives on Instagram, read, in part. 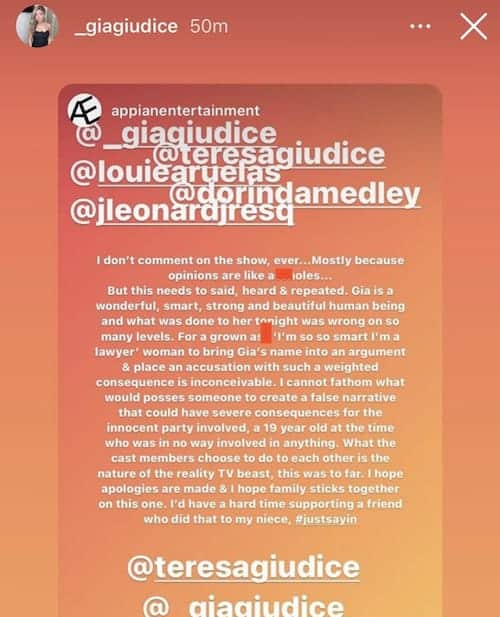 Although Jackie attempted to defend herself on Twitter against the backlash she received after making the comment about Gia, a number of people spoke out against her, including Real Housewives of New York City cast member Dorinda Medley.

“[Jackie Goldschneider] what were you thinking?” Dorinda asked during the RHONJ episode, along with a “shame on you” hashtag.

“[Jackie Goldschneider] the lowest of the lowest. [Teresa Giudice] you are a survivor and I love you,” she added in a second tweet, noting that Teresa is the “greatest mom.”

Jennifer Aydin also reacted to the drama on Twitter.

“That was never a rumor she heard! She made it up out of no where to prove a point-which was an epic fail,” she shared.

In response, Teresa seemingly took a dig at Jackie’s parenting by suggesting she would have never brought Gia into their argument if she was an “amazing mother” like Jennifer.

“Thank you [Jennifer Aydin] … [you’re] an amazing mother, you get it…” Teresa wrote. 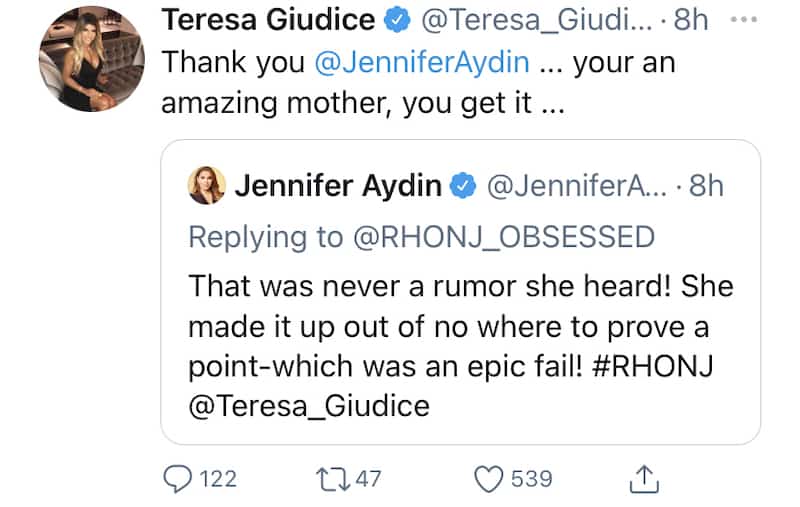 “Thank you [Dorinda Medley],” Teresa replied, along with a couple of red heart emoji. 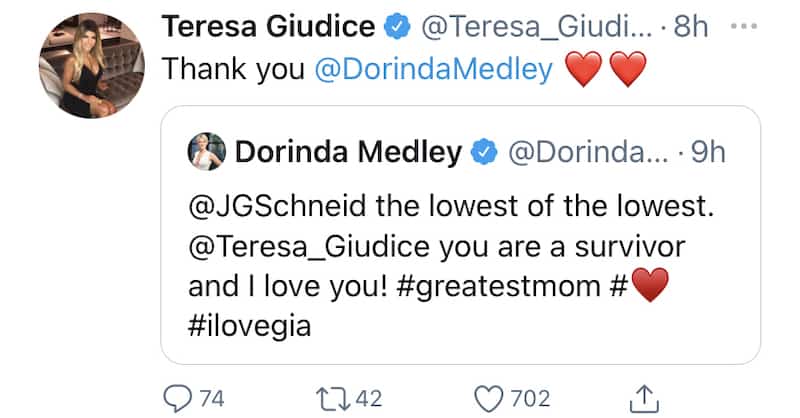