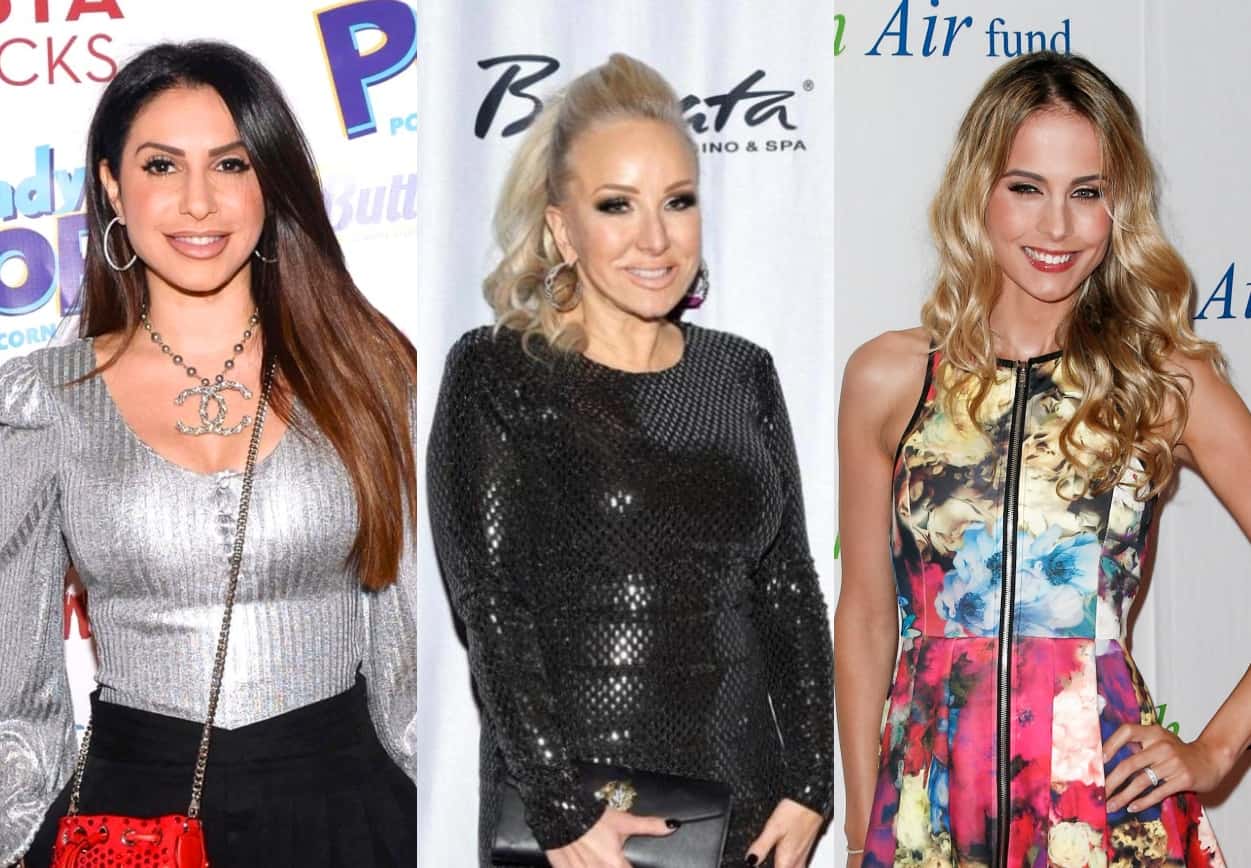 Jennifer Aydin and Margaret Josephs have seemingly picked up right where they left off on The Real Housewives of New Jersey.

After feuding heavily with Margaret throughout season 11 and at the reunion, Jennifer has proven the two are still at odds by unfollowing her castmate on Instagram after a group event as buzz began to swirl in regard to the newbies of the show.

“Jennifer Aydin has unfollowed Margaret Josephs on Instagram, as filming for RHONJ season 12 ramps up,” the Real Housewives Franchise revealed on Instagram on June 19. 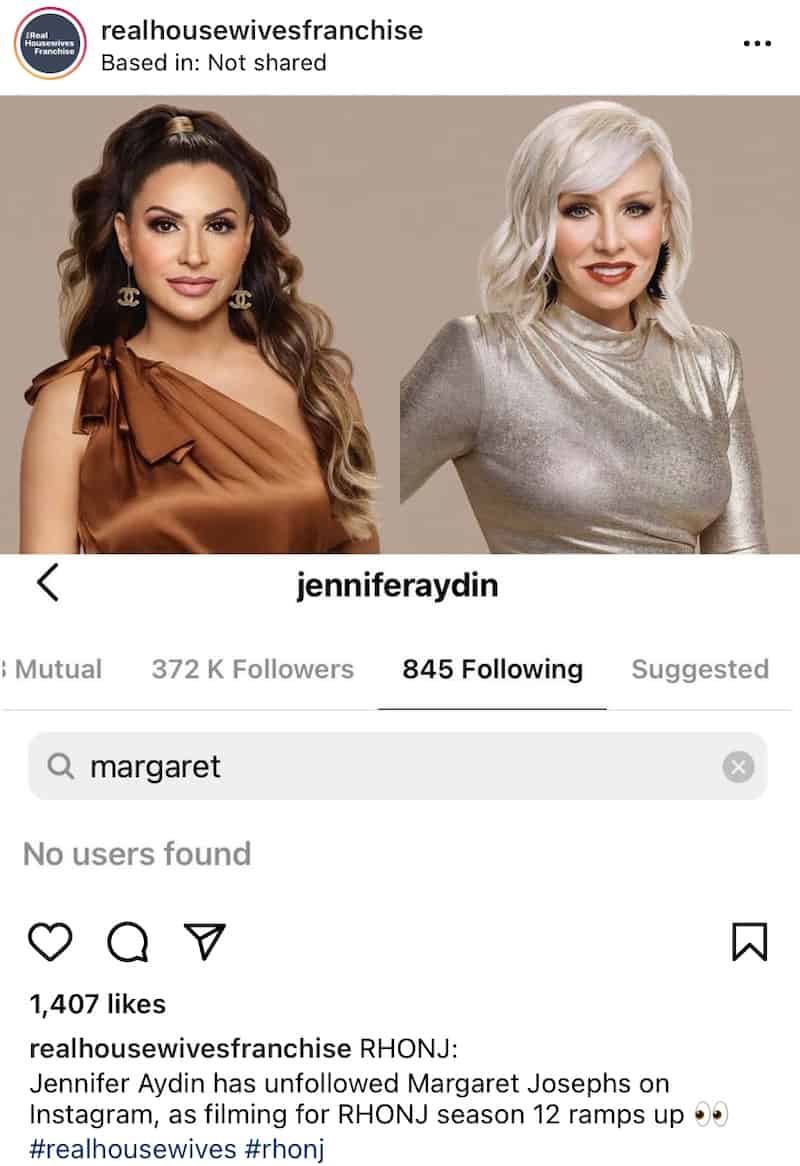 According to Bravo Housewives on Instagram, Jennifer chose to unfollow her RHONJ castmate after she was the only member of the group who was excluded from a Pride event that Margaret hosted last week.

As for the newbies of season 12, the Real Housewives Franchise revealed on June 20 that the returning women of the show would be “joined by two new women for the upcoming season,” including Caroline Rauseo, who is friends with Teresa Giudice, Dolores Catania, and Jennifer, and Traci Lynn Johnson, who is a friend of Melissa Gorga.

While the fan page noted it wasn’t yet known whether Caroline and Traci would be appearing in full-time or part-time roles, The Sun reported days ago that Traci was “in talks” and “already filming” with the rest of the cast.

“Tiki Barber’s wife Traci Lynn filmed with the cast at Margaret Josephs’ Pride party in Englewood, NJ on Tuesday night. The party was shot for season 12, Traci is being tested out to see how she fits in with the other women, she’s been filming scenes,” an insider shared.

According to The Sun, Traci is the woman Tiki, a former New York Giant, left his former wife, Ginny, for when she was pregnant with their now-11-year-old twins.

Traci and Tiki married in 2012 and have two children of their own.

Although Bravo has not yet confirmed any casting news for season 12, Melissa “liked” a post about Traci’s addition to the show shared by RHONJ Obsessed on Instagram over the weekend, which certainly fueled the buzz.

The Real Housewives of New Jersey season 12 will likely air sometime late this year or early next year.