Home Real Housewives of New Jersey News Jennifer Aydin Questions Why Margaret Josephs Was Cast on RHONJ, Admits Being a Huge Fan Before Joining Show and Thought Teresa Would Be Difficult to Get Along With, Plus Live Viewing Thread

Jennifer Aydin Questions Why Margaret Josephs Was Cast on RHONJ, Admits Being a Huge Fan Before Joining Show and Thought Teresa Would Be Difficult to Get Along With, Plus Live Viewing Thread 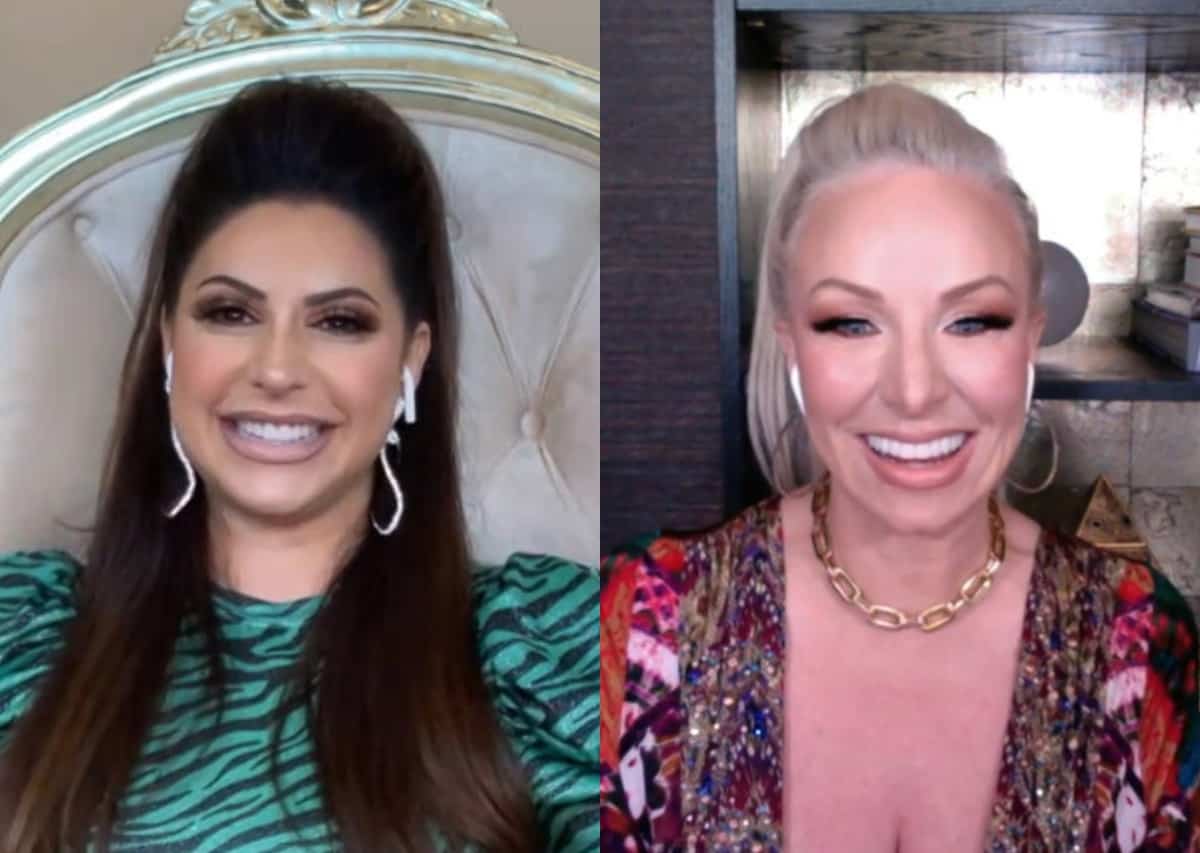 Jennifer Aydin admits she was a big fan of The Real Housewives of New Jersey prior to joining the show and discusses how that affected her behavior in the beginning before shading Margaret Josephs.

Fans were introduced to Jennifer in season nine, and she quickly became a polarizing cast member as she did quite a bit of bragging at the beginning, which some viewers found rather pretentious. Though Teresa Giudice accused Jackie Goldschneider of being a “fan” when she joined the show — which was also in season nine — it was actually Jennifer who was really fangirling over the ladies.

“Coming into the show, for me, I was a viewer of the show [and] I am a fan of the franchise, so I knew what to expect,” she shared on Real-ity’s Dish. “But there was almost like this very fine line between being a fan and now being their equal partner, right? I wasn’t very comfortable in the beginning calling them out on things because I just wanted everybody to like me. Looking back, if you pay attention to it now, everything I was doing in the beginning for the girls was initially to get them to like me.”

She added, “You know, me talking about my house [and] what everybody deemed as bragging, or me putting out a full-spread, or getting the bouncy castle for all the kids that were coming to my house, all of that that to get them to like me because I was coming in as a fan of the show. Like, once it clicked in me that like, you know, I’m not their subordinate here, I am their equal, I was able to state my opinion and be firm about it because that’s who I really am in real life.”

As a viewer, Jennifer admits she had her “favorite” cast members, but that all changed once she got to know the women. And though she claims she thought Margaret was “funny,” she never really understood why the McBeth Collection founder was cast on the show.

“I had my favorites before, [but] all of that transitioned because Teresa always looked like she was the hardest to get along with for me, and actually she was the easiest,” she explained. “You know, Margaret I always thought was funny — she came on a year before me — I always thought she was funny. I didn’t get her look aesthetic-wise or why they would pick her, but she’s got a great personality.”

Now that Jennifer is no just longer a fan and has developed a fanbase of her own, she’s determined to leave a lasting impression on those who approach her in the streets.

“I’m  always very real with the fans because I understand that when they’re meeting me, this could be the very last time that they ever see me in person, and I have one chance to make a good impression,” she declared. “So, am I going to be a b*tch or am I gonna say, “Hey honey, let’s take a selfie! Let’s kiki it up with those filters!’ And they always say, ‘Oh my gosh, you are just like you are on TV.'”