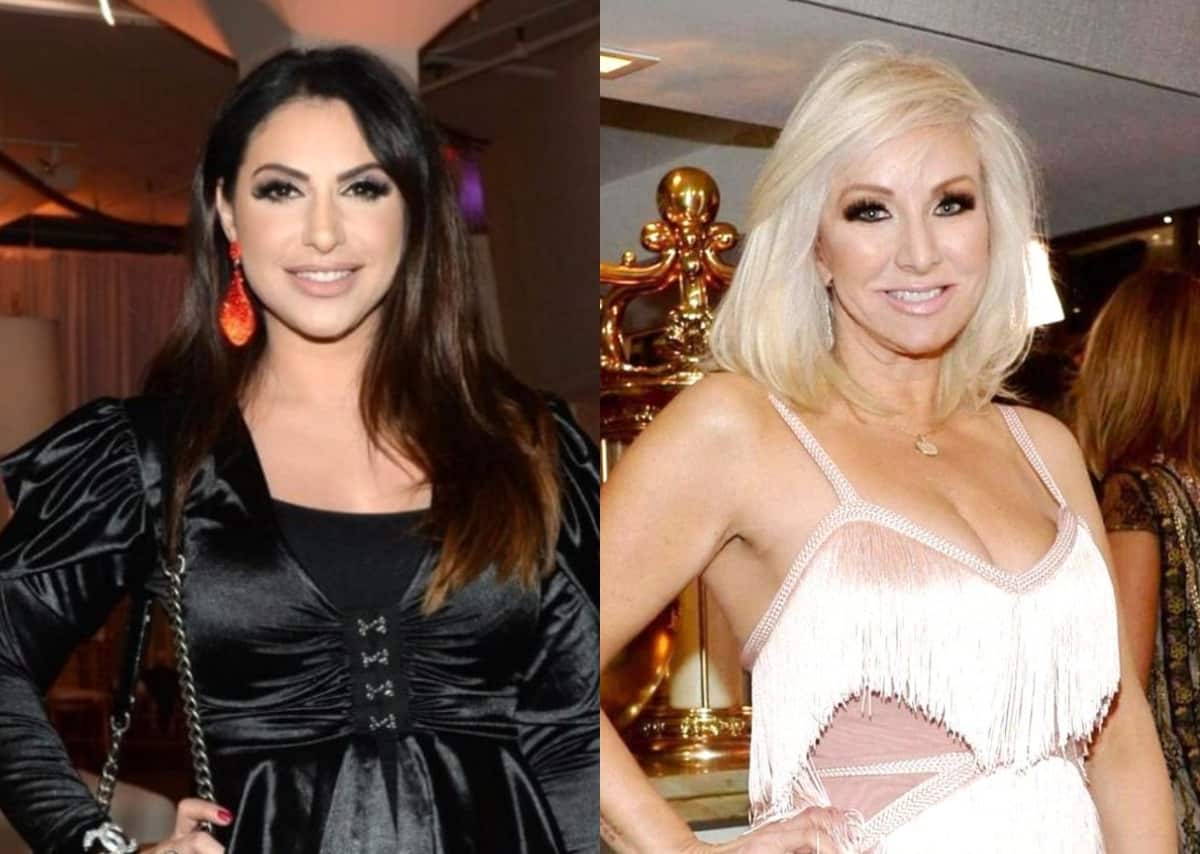 Jennifer Aydin is shooting down Margaret Josephs‘ suggestion that her husband, plastic surgeon Bill Aydin, is her “meal ticket.”

After Margaret labeled Jennifer as a concubine on the latest episode of The Real Housewives of New Jersey and claimed she would never fight with Bill because he supports her family, Jennifer accused Margaret of “projecting” as Jackie Goldschneider and Melissa Gorga slammed Jennifer for mentioning Margaret’s past experiences with abuse.

“Use him as a meal ticket? I gave him five children. If I’m not f*cking entitled to what I’ve supported him for all these years, that’s a crime. I’ve paid my dues,” Jennifer proclaimed during the March 31 episode of the RHONJ: After Show.

“She’s her family’s meal ticket and I guess that irritates her. You’re projecting what you’re going through in your life on me but my husband’s not my meal ticket like you are for your family,” she continued.

While things between Jennifer and Margaret have remained tense, Margaret admitted on the After Show that she should have never said what she did.

“I would never normally come out and say that but [she] threw a bomb at me. I’m not happy I said that to her. It got me in a bad moment. I didn’t have to hit so low,” Margaret shared.

After Jennifer then suggested that Margaret may be bothered by her drinking because “it brings [her] back to [her] mom” and noted that Margaret’s issues have nothing do with her, Jennifer’s ongoing comments about Margaret’s relationship with her former boss were spotlighted.

“I think Jennifer throwing Margaret’s abuse by her employer when she was young, throwing that in Margaret’s face, was disgusting,” said Jackie.

“Jennifer doesn’t think before she speaks,” Melissa agreed. “That was something Margaret really suffered with and… when you were actually sexually abused in any which way, it’s crazy to think that it would be okay to say something like that.”

As for Jennifer, she claimed that her comments about Margaret’s past abuse were made under the impression that nothing inappropriate had gone down between them.

“The way she told it the first time, it wasn’t told in a manner that made me think something inappropriate went down,” Jennifer explained. “Honestly, the old me would have been like, ‘Alright, what an easy, breezy sl*t.’ But the new me was like, ‘Okay, two consensual adults that happen to be boss and employee may be attracted to each other.’”