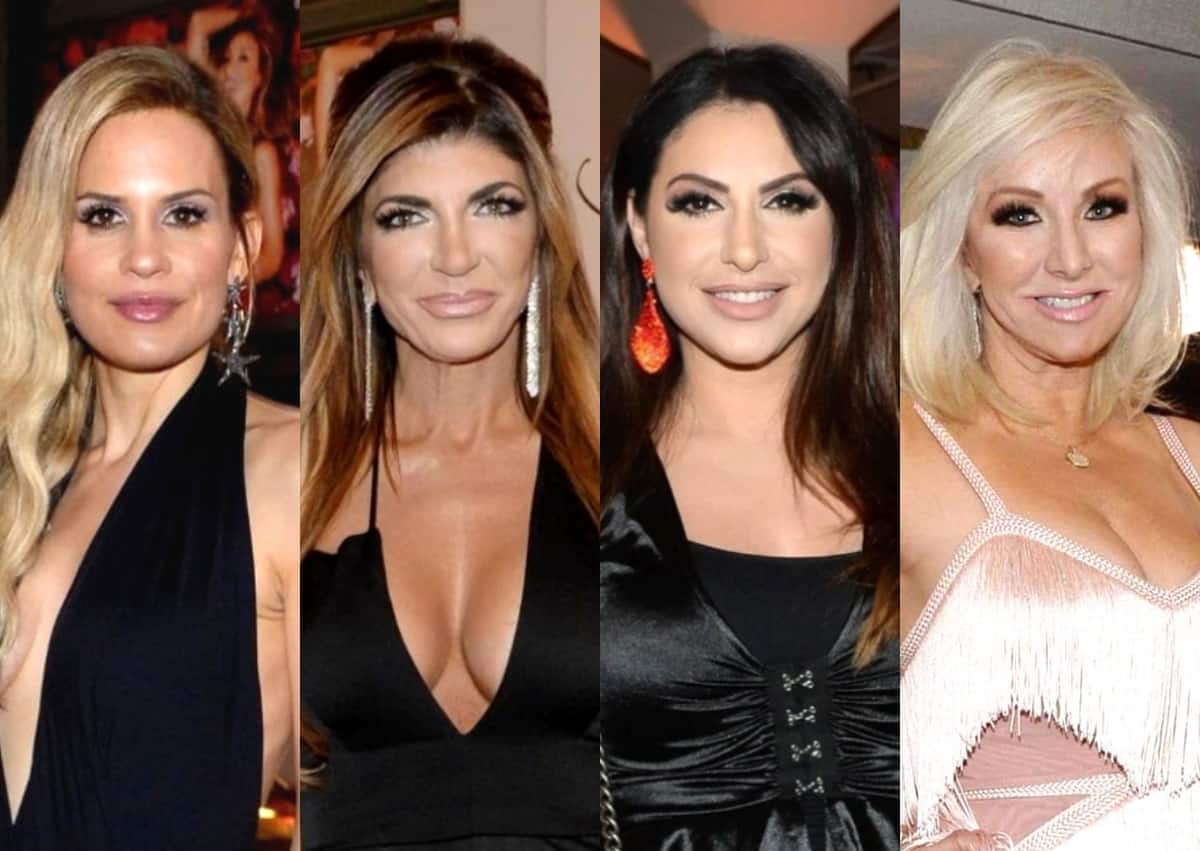 Jackie Goldschneider poked fun at Teresa Giudice amid the latest episode of The Real Housewives of New Jersey on Wednesday night.

Before targeting Jennifer Aydin as “dangerous and irresponsible” for suggesting victims of sex abuse should stay silent, Jackie laughed off Teresa’s comment about drowning her in Lake George as Margaret Josephs discussed the shame and fear she felt after being a victim of sexual harassment and targeted victim shamers.

“She would’ve drown-ded me?” Jackie asked in a tweet shared on March 10. “She really has no compassionate!”

As RHONJ fans saw weeks ago, Jackie opted out of the cast’s trip to the lake after her ugly feud with Teresa on the premiere episode.

In a second tweet, Jackie addressed Jennifer’s suggestion that Margaret should have left her sexual abuse experience out of her upcoming book, Caviar Dreams, Tuna Fish Budget: How to Survive in Business and Life, and she slammed her for promoting such an idea on the show.

“So young women who are pressured into sex by men in powerful positions over them should remain silent and ‘take it to the grave”’???” Jackie wondered. “That’s a dangerous and irresponsible position to promote.”

Margaret also spoke of her past experiences after a woman revealed she had quit a job immediately after receiving sexual advances from her boss.

“I’m happy you are strong [and] were able to handle those situations. I do believe this did not happen to you in the late 80’s when the work force for women was different. It wasn’t about wanting a promotion, it was about feeling intimidated, afraid, having shame, wanting to forget,” Margaret explained.

Also on Twitter, Margaret seemingly threw some shade at Jennifer by confirming that, despite Jennifer’s suggestion, she had absolutely written about her sexual harassment experience in her book. She also appeared to suggest Jennifer’s behavior was that of a victim shamer.

“Enjoy tonights episode! I share a vulnerable moment with you all that so many can relate too. It’s painful but important to discuss. There is no place in today’s society for victim shaming & not speaking up. All the details are in my book to the dismay of one castmate,” she wrote.