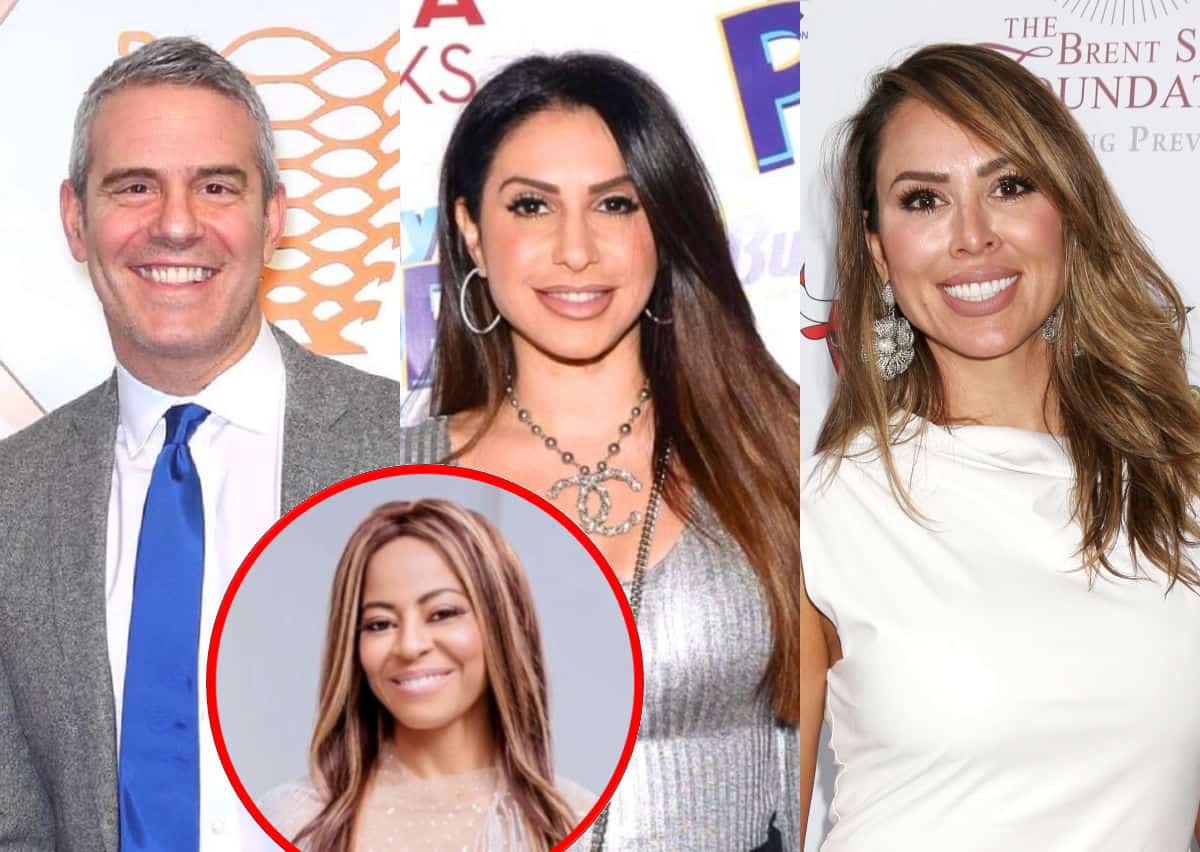 Andy Cohen dishes on Real Housewives of all cities, and he praises some while shading others.

Andy has admitted several times that he plays a large role in the hiring and firing process, but in a new interview, he discussed a recent “provocative” call he had with his fellow Bravo executives before explaining how a reunion performance can truly make or break a Housewife.

“We had a really provocative call a few weeks ago,” he revealed on the B*tch Sesh podcast. “Early in a season that is on right now, we [talked about], ‘Well what if we did this shocking thing or that shocking thing.’ So, I think there are always things we discuss and sometimes they happen and sometimes they don’t, and we also like to see how a season progresses and see how the audience is feeling about someone. And then, I have to say, people’s performance at the reunions make a big difference, like, Mary M. Cosby at the [Real Housewives of Salt Lake City] reunion.”

Though Mary said some rather shocking things at the reunion, such as calling her husband “white” at one point, Andy believes she made plenty of “smart” points.

“You know, she went in as a sleeper, and yes, she fell asleep as well, but I thought that was such a strong performance at the reunion,” he professed. “And I thought she had a lot of really smart things to say. You kind of saw the preacher in her. I thought she was great and I think the reunion performance makes a difference.”

Later in the episode, Andy was asked about Real Housewives of Orange County star Kelly Dodd. He admitted that he was initially shocked when she referred to him as “anti-American” at the reunion, but he went on to somewhat defend her controversial behavior because she’s not “Michelle Obama.”

“I thought that was such an important exchange because Kelly Dodd is from Orange County where a lot of people share beliefs on masks and politics,” he began. “So, on the one hand, she is a Real Housewife of Orange County, and this is what she believes, and she’s not an elected official. So, she’s not Michelle Obama who we’re looking at for this information. So I guess that’s just an amalgamation of thoughts that lead in no direction to Kelly.”

“You have to remember what the basis of this show has been about for many years,” the host continued. “It’s been about women who you either share their points of view, or absolutely not. You think they’re brilliant or completely clueless, and you have judgments about them, and they’re not elected officials, and it’s up to you whether you think they’re a role model.”

The Watch What Happens Live host then got a bit shady as he discussed his favorite homes within the franchise. Unfortunately for Real Housewives of New Jersey star Jennifer Aydin — who recently accused Andy of playing favorites — when an exterior shot of her home is featured on the show, he likes to pause his TV screen, but for a “different reason.”

“There are three homes that I pause it on anytime we show an exterior shot because I’m so fascinated by the geography of what’s happening,” he explained. “[Lisa] Vanderpump used to be one, [but] those homes are Tiffany [Moon] from Dallas, which it looks like it has an incredible estate. The second one is Kandi [Burruss]. And then the third one is Jennifer Aydin’s kind of fiberglass castle that looks to be very expansive, but then you see it’s on quite a narrow lot.”

The host added, “It’s huge, but then you look at the thing and it’s like, ‘Oh wait, are they sharing a driveway with someone?'” He also claimed that he’s heard the house is very close to the highway.

The podcast hosts then asked Andy if he’s beginning to “love” Jennifer, but he seemingly avoided answering the question directly.

“I think she’s really grown,” he responded. “What grounds her is all of the stuff with her family. It’s really, really touching to see what’s going on with the parents.”