Home Real Housewives Of Salt Lake City News RHOP’s Gizelle Bryant Tells Mary Cosby to “Go to Rehab” After She Says Husband is “White” on RHOSLC Reunion and Suggests She Married for Money, Plus Reacts to Monique Samuels’ Exit

RHOP’s Gizelle Bryant Tells Mary Cosby to “Go to Rehab” After She Says Husband is “White” on RHOSLC Reunion and Suggests She Married for Money, Plus Reacts to Monique Samuels’ Exit 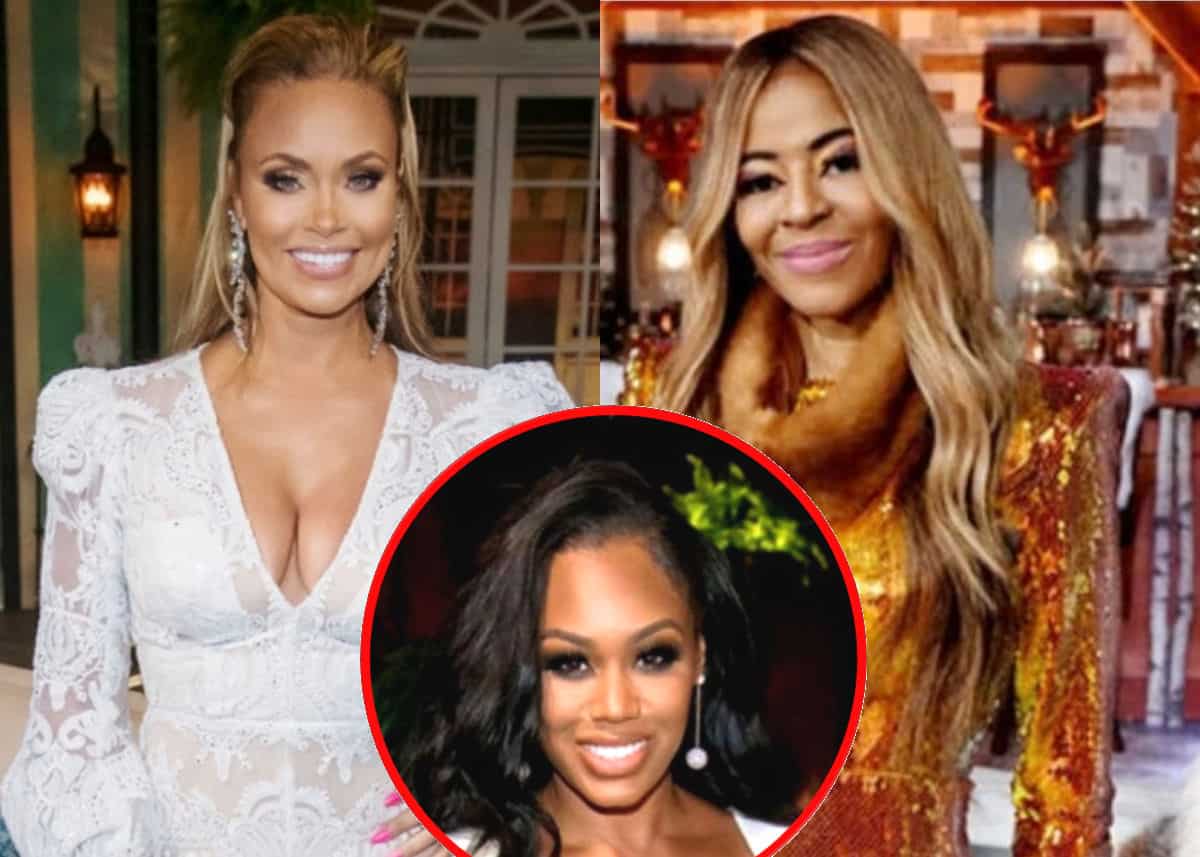 “I mean, first of all, Mary, I’mma need for you to go to rehab. And I don’t even know what the rehab is. Just go,” Gizelle told her fellow Real Housewives star. “Your husband’s a Black man. Period.”

“Is he light-skinned? Yes. I’m light-skinned. I’m a Black woman. He is a Black man. Know who you married. Let’s start there,” she continued.

Gizelle and Mary: From Churches to riches https://t.co/r6M6GluPeu

During part two of the RHOSLC reunion, Mary told host Andy Cohen that she prefers white men before saying that her husband is “white, I mean… lighter.” She then suggested that while one can’t go through a 22-year marriage and be happy, she’s happy about “every single Chanel” that her husband had gotten for her.

After a clip of the episode played, Gizelle wondered if Mary was only happy in her marriage “because of the Chanel bags.”

According to Gizelle, she believes Mary “wanted the money” and “decided to give [her] mother the Heisman so that [she] could sneak in and marry [Robert].”

Gizelle went on to disagree with Porsha, who said viewers need “more Mary” on the show.

“I don’t want more Mary unless she figured out who she married. And it’s a Black man. Otherwise, I don’t need more Mary. I just don’t,” Gizelle admitted.

In other Real Housewives news, Gizelle recently appeared on Pop Culture‘s At Home, where she reacted to Monique Samuels‘ exit from the RHOP cast.

“I didn’t know one way or the other. People have asked me so many times, ‘Do you want her to come back?’ [And] you know, all of those things about whether or not she’s gonna return. And I’m like, ‘I have no say over that. I have no say who’s on the show.’ But the fact that she’s not is I think a breath of fresh air. I think we all just need to move forward. And move on and move past what happened in season five. Season five was a mess,” she shared.

The third and final installment of The Real Housewives of Salt Lake City season one reunion airs Wednesday, February 24, at 10/9c on Bravo.