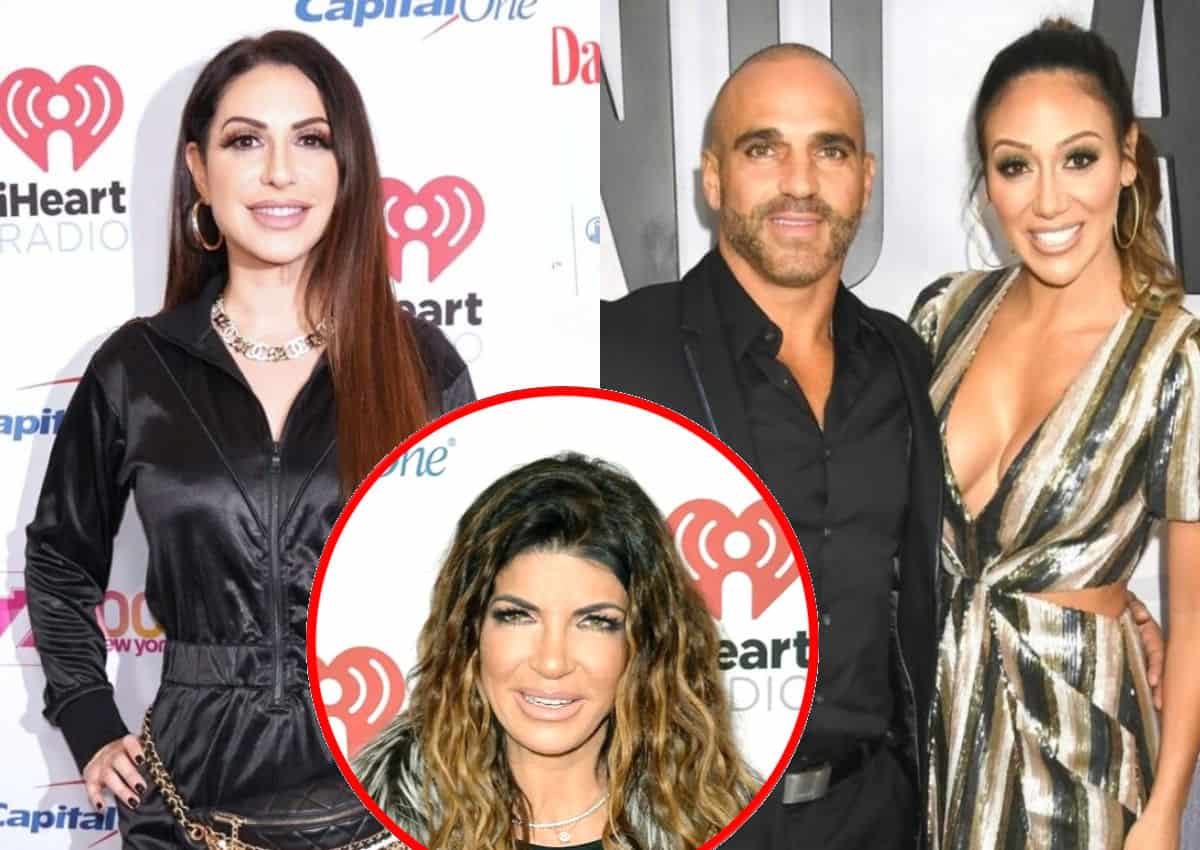 Jennifer Aydin shades Melissa Gorga and defends herself against those who think she kisses Teresa Giudice‘s a**.

It’s no secret that some Real Housewives of New Jersey fans have called Melissa’s storylines boring in the past, and Jennifer seemingly agrees with that sentiment to some extent despite being in “a good place” with her co-star.

While discussing the “epic” fight in the trailer when Joe Gorga is seen beating a table while yelling at his sister Teresa, Jennifer suggested that Joe should get more airtime than Melissa.

“I think definitely Joe Gorga, sometimes I think he deserves to be more of a Housewife than Melissa,” Jennifer told Entertainment Tonight. “Somebody cut him a check, right? I was like, what’s going on here? When did he get mad? So, that was definitely something embedded in my head.”

Also in the upcoming scene, Melissa takes Joe’s side in the argument with Teresa and is seen grabbing a cheese plate and tossing it into the air. For Jennifer, Melissa’s behavior was a bit confusing because she claims they had an agreement.

“And Melissa throwing the cheese when it’s like, didn’t we vow not to throw sh*t anymore,” she quipped. “Like, hello, wasn’t it you that said, ‘Let’s promise to not throw anything anymore?’ And then all of a sudden you see some swiss in your hair. It was definitely quite an epic night.”

As fans also gear up to watch Teresa and Jackie Goldschneider come face-to-face again for the first since their epic profanity-laced argument, Jennifer explained that she has opted to stay out of their ongoing beef altogether. However, Jackie has claimed that Jennifer is 100 percent on Teresa’s side because she kisses the OG’s ass, but Jennifer begs to differ.

“When Margaret [Josephs] defends Teresa it’s, ‘Oh, Margaret, I think you’re smarter than that. Oh, you’re giving her a pass,'” Jennifer said. “But when I defend someone who is actually my friend, that’s ‘kissing her a**?’ No sweetheart, that’s called friendship. So get the memo if you haven’t already gotten it.”

Though she claims she’s not on anyone’s side, Jennifer went on to call Jackie out for not accepting Teresa’s invitation to the pool party. Then, she revealed how Teresa seemingly responds to the snub, which will be featured on an upcoming episode.

“Teresa gave her version of an olive branch,” Jennifer explained. “We all saw what Jackie did with that olive branch. So now Teresa’s like, ‘Oh, OK. You know what? Now f*ck you.’ So, trademark Teresa … it’s a, sorry, not sorry, type of thing, which I totally get by the way. I totally relate.”