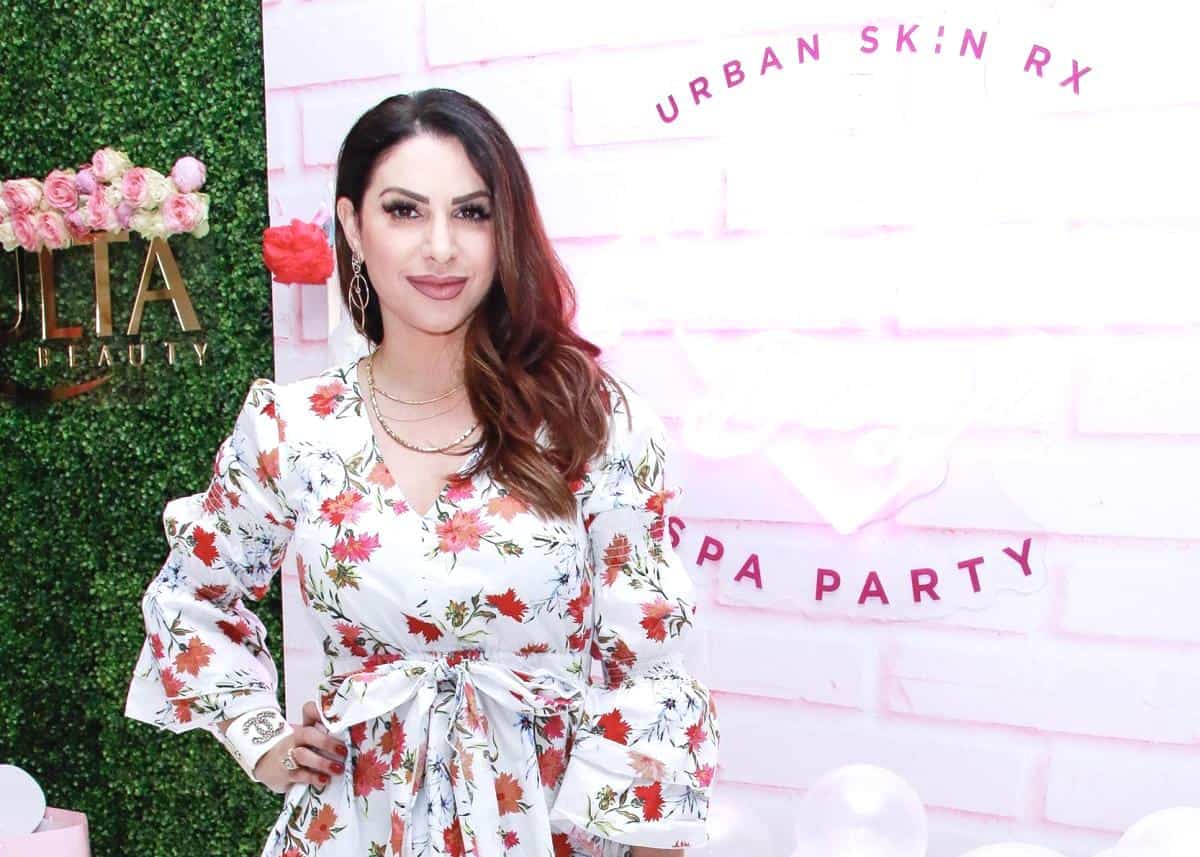 As filming got underway on the upcoming 12th season of The Real Housewives of New Jersey, Jennifer took to her Instagram page for a live chat with fans, and during the conversation, she showed off bandages from a nose job.

In a screenshot of the Live session shared by Bravo and Cocktails on Instagram, Jennifer stared into the camera as a number of her fans and followers sent her messages, including one woman who said she wanted Jennifer’s plastic surgeon husband, Dr. Bill Aydin, to do her nose job. 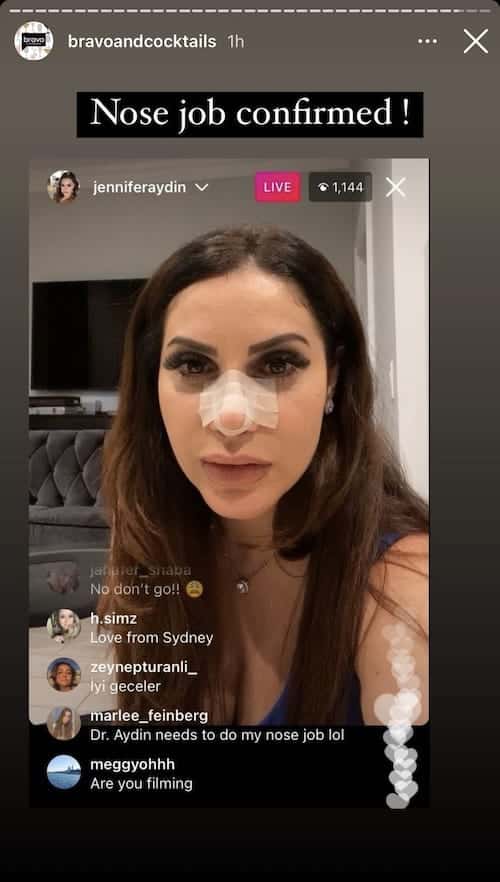 Also on Instagram this week, after RHONJ Obsessed shared a snippet of a report from Hollywood Life on Instagram in which it was noted that “a few of” of her co-stars were shocked to learn that she was actually asked to return for season 12, Jennifer shared her thoughts.

“‘Surprised that Jennifer Aydin was asked to return…’ Now, that’s funny!” she replied.

According to the report, which was shared on June 7, just one day before filming on the new season began, a number of RHONJ cast members weren’t speaking to Jennifer.

“The ladies of RHONJ will start filming this Tuesday [June 8] and a few of them are surprised that Jennifer Aydin was asked to return,” the outlet’s source shared. “After the reunion, Jackie Goldschneider, Margaret Josephs, and Melissa Gorga were none too pleased to find that out, as they are not particularly friends with her right now. They are not looking forward to filming with her and haven’t seen or spoken to her since the reunion.”

Another report, also from Hollywood Life, claimed last month that there was a “weird energy” between Jennifer and the rest of the cast.

“She’s become a big eye roll to the entire cast,” the source alleged. “They don’t feel she, herself, is authentic, and the only person siding with her is [Teresa Giudice].”

In addition to the season 11 cast, two new members, Caroline Rauseo and Aikisha Colon, have reportedly been added to The Real Housewives of New Jersey for season 12.