by Emily Campbell May 22, 2021 101 comments
ShareTweetWhatsappPinterestRedditTumblrMailFlipboard 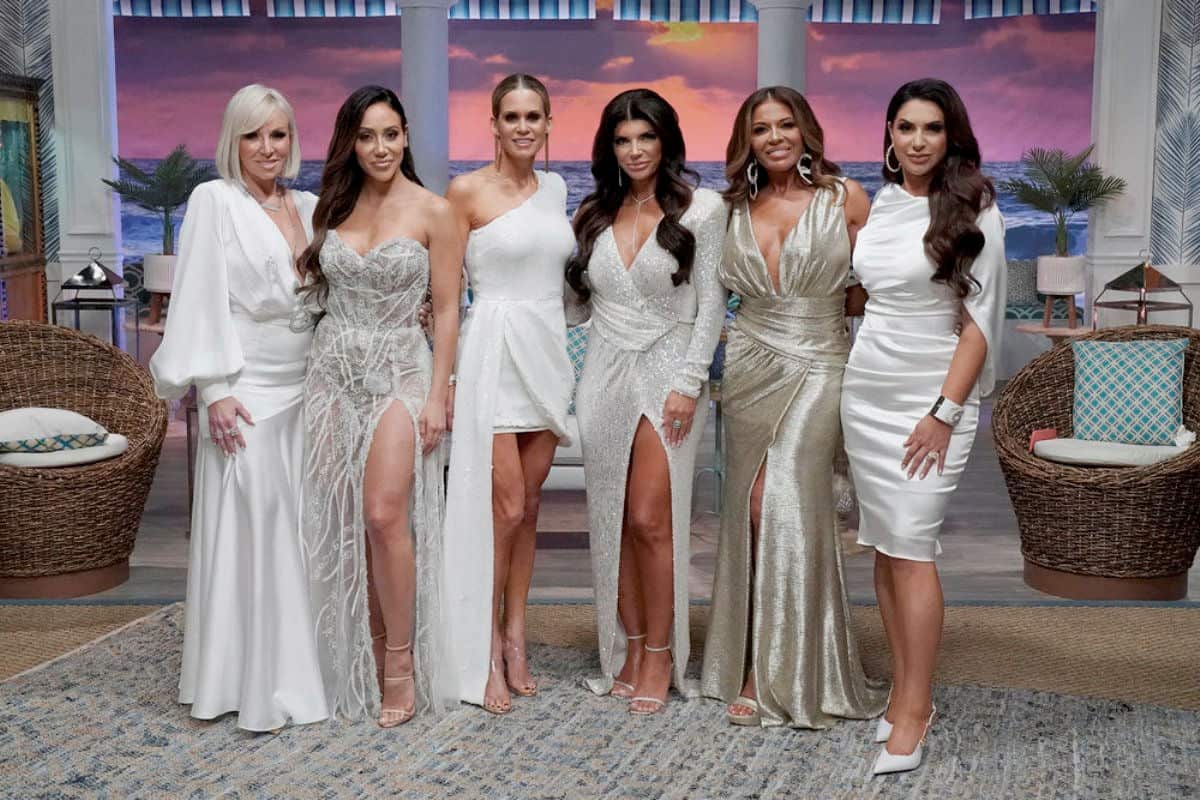 The Real Housewives of New Jersey cast is reportedly fed up with Jennifer Aydin‘s antics as they believe she’s creating unnecessary drama for the sake of a storyline.

As fans likely know by now, Jennifer and Melissa Gorga took their beef to social media and blasted each other ahead of the reunion. Melissa fired the first shot, but according to a new report, the “entire” cast is unhappy with Jennifer following the season 11 reunion taping.

“There’s a weird energy going on with the group when it comes to Jen Aydin,” a source told Hollywood Life on May 21. The source added, “The fighting at the reunion is 100 percent real.”

The first half of the reunion was fairly intense as Melissa accused Jennifer of throwing her mom under the bus – which Jackie Goldschneider seemingly agreed with –  and Jennifer retaliated by telling the “On Display” singer she needs to stop sharing phony storylines on the show. Furthermore, Jennifer also went after Margaret Josephs by claiming the Caviar Dreams, Tuna Fish Budget author is the real source  – and not Teresa Giudice – of the cheating rumor about Jackie’s husband, Evan Goldschneider.

“She’s become a big eye roll to the entire cast,” the source alleged. “They don’t feel she, herself, is authentic, and the only person siding with her is Teresa.”

However, Teresa apparently isn’t offering a great deal of support to Jennifer amid the recent drama as the insider claims the Standing Strong author is “trying to stay out of it.”

Apparently, most of the women seemingly agree with Melissa and feel like the mother-of-five is “fake and conniving,” which is what Melissa stated via Instagram hours before part one of the reunion aired.

“I’ve been on the show a long time and I know fake and conniving when I see it,” she wrote on May 19. “When you don’t come for someone at all, and they are constantly trying to put you down and trying to cause rifts in your relationships, that’s a huge red flag.”

According to the source, Melissa had had enough of Jennifer’s antics and felt like she needed to speak for the majority of the cast.

“The cast feels Jennifer’s causing a lot of drama and starting trouble for no reason other than to create storylines,” the production insider said.

The current cast, along with new cast members, will reportedly begin filming season 12 in June. Therefore, it’s safe to say all of this recent drama will be addressed, and it should make for an explosive season.

Real Housewives of New Jersey season 11 will conclude with part two of the reunion, which airs Wednesday night on Bravo at 9/8c.