by Emily Campbell May 18, 2021 47 comments
ShareTweetWhatsappPinterestRedditTumblrMailFlipboard 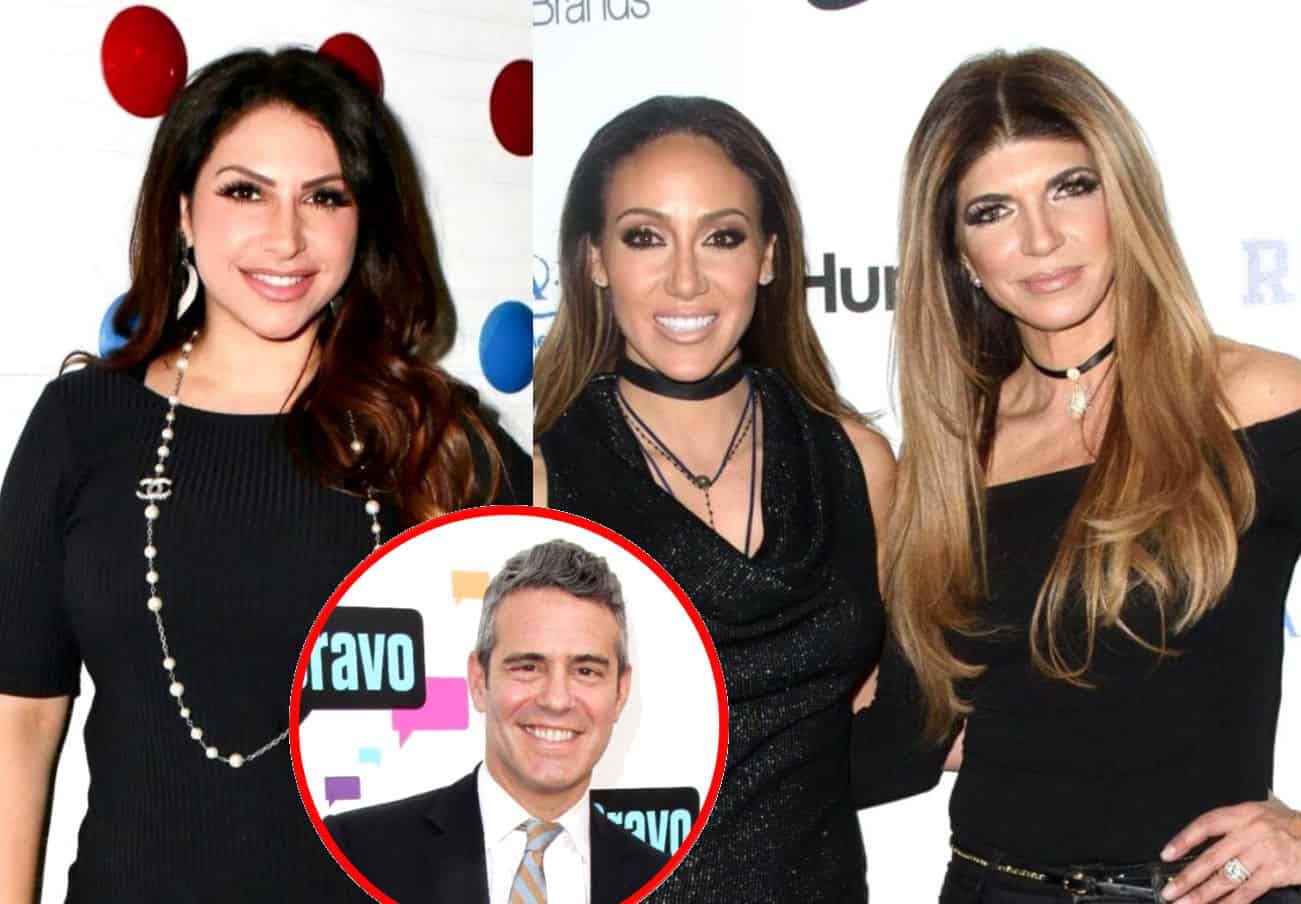 Jennifer Aydin says Teresa Giudice was bummed when her sister-in-law Melissa Gorga was asked to join the Real Housewives: All-Stars spinoff. She also picks her own dream mashup cast and reveals why she’s determined to make Andy Cohen like her.

Jennifer is not one to hold back as viewers have seen on The Real Housewives of New Jersey. But she might have spilled a little too much tea on a recent podcast when she was asked to weigh in on Melissa’s role on the Housewives spinoff.

“The way that I saw that they casted, I was under the assumption that they picked the ones that had the most longevity on the show, so actually it made sense to me that it was Melissa and Teresa,” she explained on The Slut Pig podcast before going on to shade the Envy Boutique owner.

It seems Jennifer attempted to backpedal for just a moment, but then she went on to throw even more shade.

“But listen, Teresa didn’t say that because she has a problem with Melissa,” she explained. “She just has such a good time with me and Dolores. So, she was just like, ‘I wish I was going with my two really good girlfriends.’ I was like, ‘Sorry, Teresa, you can do all the work like usual.'”

As for whether the Turkish beauty would like to participate in a future Housewives spinoff, she said she’d love to. However, she hopes to have some extra shady co-stars when it’s her turn.

“I think Lisa Rinna. She’d be good. She’d be shady as f*ck. Love that!” she declared. “We need a shady b*tch, we need some shady people! And I’d bring Nene [Leakes]. You know what I like about Nene? She’s able to fight with her words and it’s so cutthroat. It’s very intriguing to watch. I love a shady b*tch, so bring on the shady women.”

Jennifer was also asked about her beef with Andy. If fans recall, Jennifer accused the Watch What Happens Live host of playing favorites after he seemingly expressed disgust over her drinking habits during her March appearance on his show.

“I guess he has his favorites…and it’s definitely not me, obviously,” Jennifer responded to a fan on Twitter who alleged Andy was condescending [as f*ck] to her.

The mother-of-five says she adores Andy, and she didn’t initially realize he was being rude until she watched the episode back after being tipped off by fans. However, she’s seemingly determined to win him over at some point.

“I’m a huge Andy Cohen fan. I mean, to me, he [is] like the mecca and I wanted him to like me,” she shared. “And I didn’t even realize on that episode how he was rolling his eyes. It wasn’t until the fans kind of pointed it out, and then I watched it back and I was like, maybe I’m not one of his favorites. Maybe I’m an acquired taste like tequila.”

She continued, “But I do believe that people come around, just like my first season there was a lot of people who didn’t like me and now I’m one of their favorites. So, I feel like if I don’t get him now, one of these days I’m gonna be one of his favorites. And listen, I think Andy’s hot. He’s f*cking hot, so if anything for me, it hurt my feelings.”

She then went on to describe her encounter with Andy at the RHONJ season 11 reunion taping, which seemingly proves he’s aware that Jennifer has accused him of playing favorites.

“At reunion [Andy] came into my room, and was like very sweet, and walked in kind of shy, and he’s like, ‘How’s my favorite housewife?’ And I was like, ‘Come in, Andy! Come, you’re always welcome here!'”

Part one of the two-part Real Housewives of New Jersey season 11 reunion airs Wednesday, May 19, at 9/8c on Bravo.