RHOC Alum Gretchen Rossi Calls Out Andy Cohen For ‘Hurtful’ Comment as Phaedra Parks and Taylor Armstrong Also Confront Him, Plus WWHL Host Reveals What Finally Sold Him on RHOBH

by Emily Campbell May 10, 2021 31 comments
ShareTweetWhatsappPinterestRedditTumblrMailFlipboard 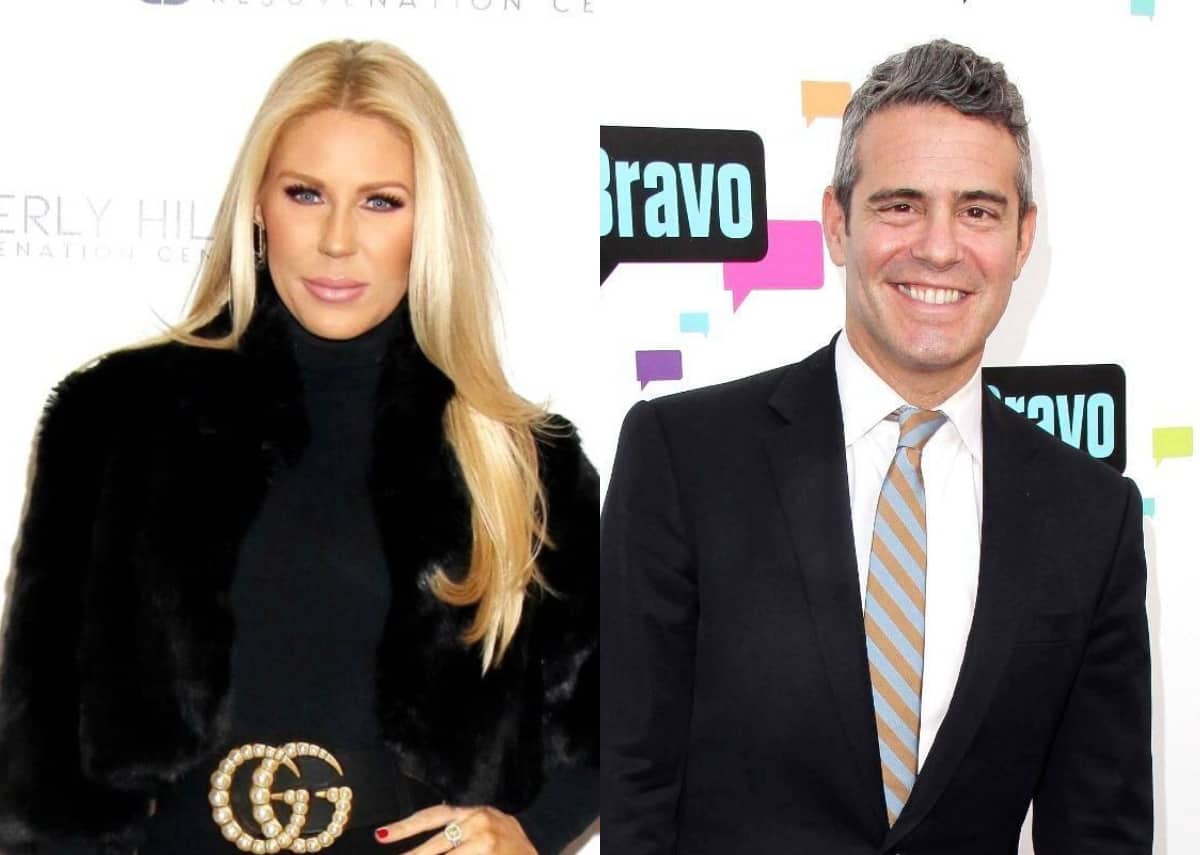 Gretchen Rossi reveals the comment Andy Cohen made that “hurt” her as other former Housewives also confront the host with their own grievances.

The former Real Housewives of Orange County star recently appeared on the “Blasts From the Past” special on Watch What Happens Live, and she was quickly asked why she and fiancé Slade Smiley still haven’t tied the knot after 12 years together.

“You know, we really are very content in our current arrangement,” she told Andy on May 6. “The way I look at it, look at Goldie [Hawn] and Kurt [Russell] or Oprah [Winfrey] and Stedman [Graham]. They’ve lasted forever. So, you know, we might just go that path.”

Later, during the WWHL: After Show, Andy allowed Gretchen, along with the other Housewives alums, to confront him about anything he’s ever said or done that upset them. As a result, the mother-of-one revealed the host “really hurt [her]” with a comment he made back in 2016. Apparently, Andy questioned the authenticity of Gretchen and Slade’s relationship as well as her proposal, which was featured on season eight. However, Andy admitted he was “wrong” and apologized to the former reality star.

“Well, clearly, I was wrong, first of all,” he said. “I did, at the beginning, think that Slade was possibly dating you to be on the show or something — and I loved it. I was like, this is like the greatest thing ever. I just thought it was crazy that he had dated two other Housewives [Jo De La Rosa and Lauri Peterson], and I thought it was kind of incredible for the show, so I loved it. But yes, I think that I did question it.”

“But clearly, I was wrong about your relationship because here you are and you have a child and you’re very happy,” he continued. “And I think you’ll be together forever. I definitely cop to it, and I’m sorry that I hurt your feelings. And that’s what it was based on.”

Meanwhile, former Real Housewives of Atlanta star Phaedra Parks also had a bone to pick with Andy. She was miffed that the For Real: The Story of Reality TV host didn’t cover the reality show Being Bobby Brown on his E! series. If fans recall, Phaedra was Bobby Brown‘s lawyer at the time the show was filmed and frequently made appearances on the series. Though Andy explained it would have been difficult to find clips from the show, he admitted that omitting Being Bobby Brown from his limited series was an “egregious mistake.”

“I met you when you represented Bobby Brown and the truth of the matter is, Being Bobby Brown should have been in the celebreality hour we did,” Andy confessed. “It was one of the highest-rated shows ever on Bravo and it was incredible … however, one issue there, it is almost impossible to find clips of that show because the Whitney Houston estate has totally locked up the licensing for clips on that show and I don’t believe we actually would have been able to show that show.”

Finally, Real Housewives of Beverly Hills alum Taylor Armstrong brought up Andy’s initial feelings about her former show as he apparently felt it would be too similar to RHOC.