Home Real Housewives of New Jersey News Melissa Gorga Suggests Jennifer Aydin “Threw Her Mom Under the Bus” For a Storyline And Slams RHONJ Costar as “Fake and Conniving” As An “Unbothered” Jennifer Claps Back With Plenty Of Shade, Plus Reunion Live Viewing Thread

Melissa Gorga Suggests Jennifer Aydin “Threw Her Mom Under the Bus” For a Storyline And Slams RHONJ Costar as “Fake and Conniving” As An “Unbothered” Jennifer Claps Back With Plenty Of Shade, Plus Reunion Live Viewing Thread

by Emily Campbell May 19, 2021 484 comments
ShareTweetWhatsappPinterestRedditTumblrMailFlipboard 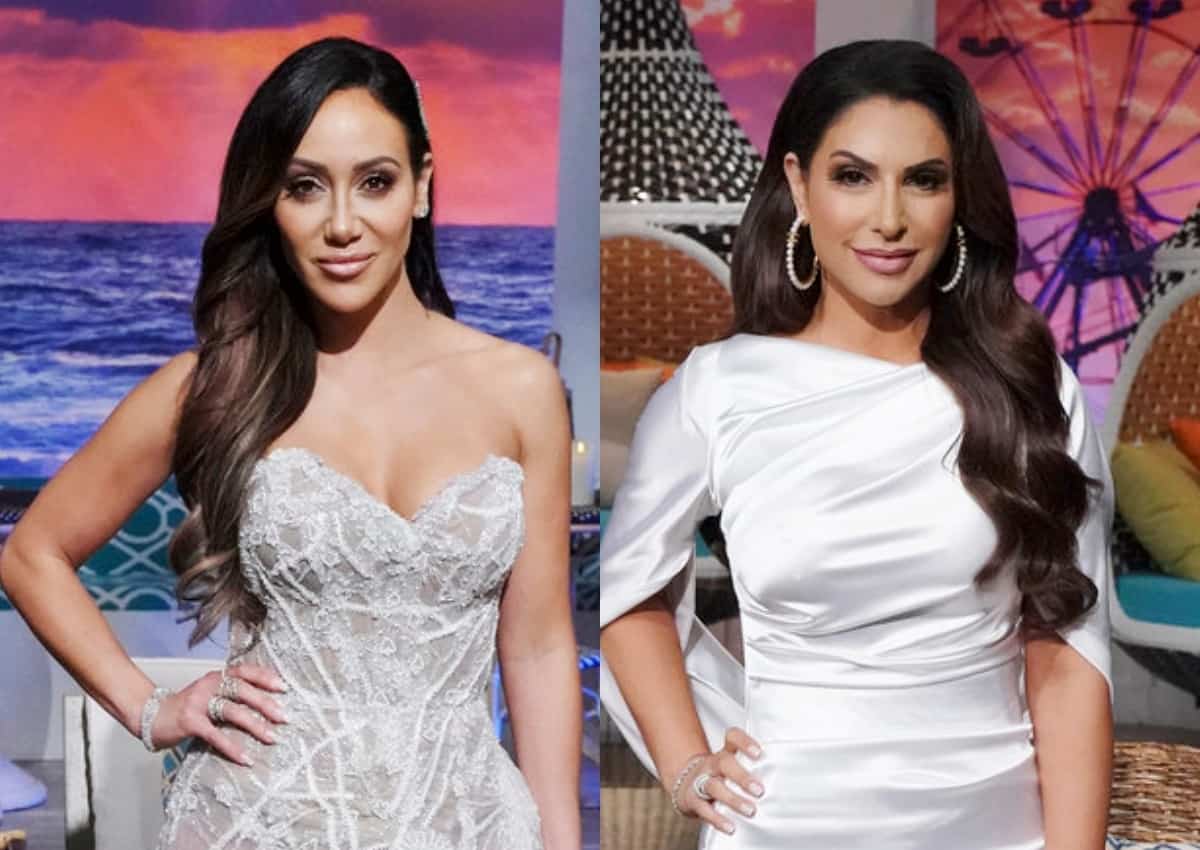 Melissa Gorga is not on good terms with Jennifer Aydin, and she’s making sure fans know it in a very scathing social media post as Jennifer fires back.

Melissa took to Instagram on Wednesday to blast Jennifer ahead of the season 11 Real Housewives of New Jersey reunion. The 42-year-old included a series of photos, but one person was noticeably absent, which she herself pointed out.

“I posted everyone except for one person who I feel is truly happy when family and friends are divided,” she wrote on May 19.

“Probably because she would throw her own mother under the bus for TV,” she continued in the caption. “Or if it would make Teresa [Giudice] happy. I’ve been on the show a long time and I know fake and conniving when I see it. When you don’t come for someone at all, and they are constantly trying to put you down and trying to cause riffs in your relationships, that’s a huge red flag. ENVY BABY!”

Though Melissa never once mentioned Jennifer by name, she went on to call the mother-of-five out for her drunken behavior this season before claiming Jennifer has a few secrets she’s trying to keep hidden.

“They might want to try to be the fun tipsy one like you, but they fail and just look sloppy,” she snarked. “Lots of skeletons in the closet over there.”

The “On Display” singer concluded by thanking her fans, and she encouraged them to “pay attention.” She also made it clear that she’s no longer playing nice with Jennifer.

“I’m nice until I’m not. Pay attention everyone- you will see it,” Melissa teased. “I love you all. Thank you for your support always.”

Melissa and Jennifer didn’t really have a lot of drama with one another this season, but they have traded jabs in the press on several occasions. Nevertheless, based on her caption, it’s safe to say that Melissa does not agree with the way Jennifer has handled the situation with her parents. As fans know, Jennifer’s elderly father is currently living with her, and she revealed in February that her mother is no longer speaking to her.

Meanwhile, it didn’t take Jennifer long to respond to Melissa’s blistering post, but she claims to be “unbothered” by it. Still, she threw a fair amount of shade right back at the Envy Boutique owner as she shared her own series of pics from the reunion taping.

“Take a good look at what unbothered looks like,” she began in the caption. “I’m on this show because of me- not because my sister-n-law or [a] more entertaining husband.”

She continued, “My husband is a class act who respects women and would never stoop low for the cameras. I guess people envy what they don’t have – I share real and authentic stories, not fake, made-up ones. And I see that some people are threatened by that.”

Though Jennifer didn’t acknowledge the comment Melissa made about her mother, she did address the “sloppy” remark before calling Melissa “boring.”

“You can take your ‘sloppy’ comments and run with it all you want-hold on to it for dear life- [you] got nothing else. Your group is infested with a snake that talks behind all your backs and you’re just Salty…And Boring to Boot! So careful with all that reach, you’re gonna pull a muscle,” she concluded her clap back.

RHONJ Live Viewing – This is also a live viewing thread for part one of the two-part season 11 reunion, which airs tonight at 9/8c on Bravo. As the episode airs, share your thoughts in the chat below.