Home Real Housewives of Beverly Hills News RHONJ Star Jennifer Aydin Throws Shade at RHOBH Cast and Confirms Her Mom is No Longer Speaking to Her, Plus She Offers Update on Parents’ Marriage 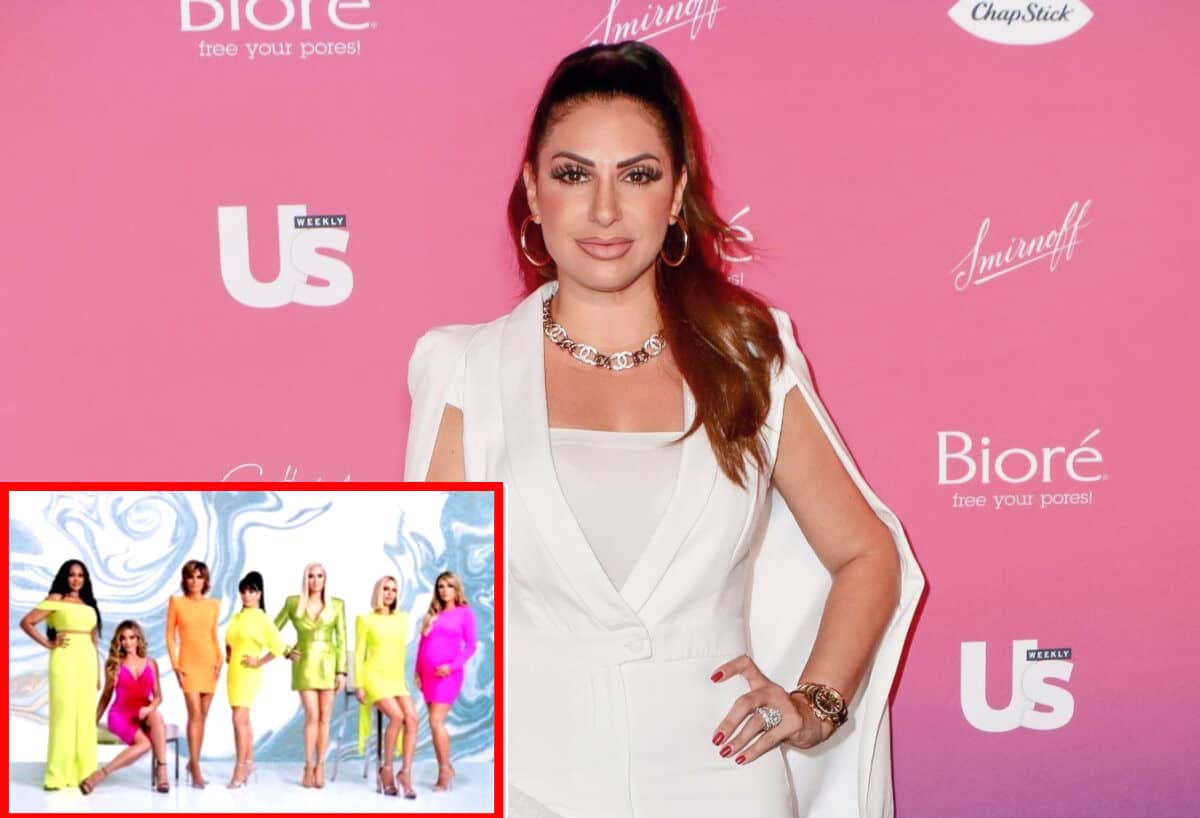 Jennifer Aydin isn’t a fan of The Real Housewives of Beverly Hills.

In a series of new interviews, the Real Housewives of New Jersey cast member threw some shade at the repetitive storylines of the Los Angeles-based franchise and offered an update on the strained relationship between her parents.

“There’s a lot of conflict this season between all of us and it’s not the whole season. We’re not going to have a Beverly Hills thing where we’re going to talk about it until the end of time,” Jennifer told Hollywood Life last week while describing the content of season 11. “I feel like we all find a way to make it work, which is very [interesting] to see.”

While Jennifer believes RHONJ offers a larger variety of storylines than RHOBH, she did hit it off with Brandi Glanville on Twitter last year after Brandi applauded her as a “fearless leader.”

“I can’t even with you [Jennifer Aydin] I really like you a lot. You can be an a**hole don’t get me wrong, but ultimately you are a fearless leader for your family!!!! Be nice to Jackie she has a great heart,” Brandi tweeted in February 2020.

“Thank you! Agreed! She def has a good heart! And I can def be an a**hole! But I can also be a lot of fun!” Jennifer replied. “I invite you for a [tequila] anytime you’re in town!” 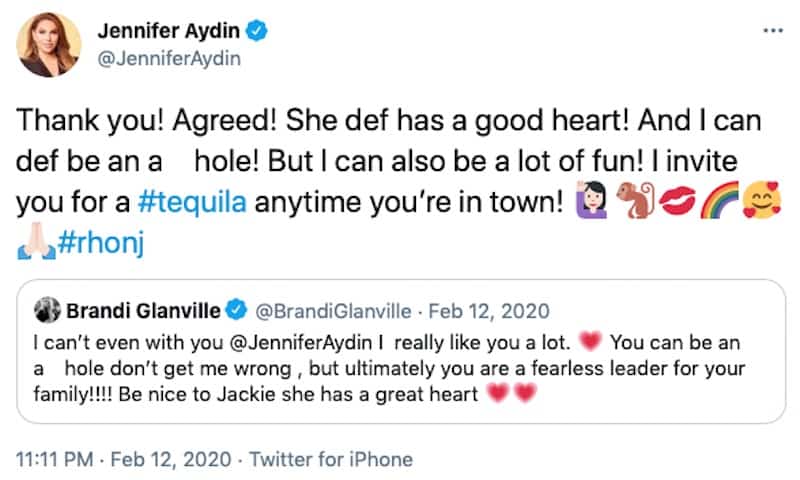 In other Jennifer Aydin news, the reality star appeared on the February 23 episode of RealiTea with Derek Z, where she explained that her parents’ marriage became strained after her brother moved out of their home and back to his native Turkey after his jewelry store was forced to shut down amid the pandemic.

“It left my mom and dad together all the time, no buffer and no business for my father to go to every day. So they were just driving each other crazy,” Jennifer recalled.

Because they continued to bicker with one another, Jennifer felt their home wasn’t “a healthy environment for either of them” and suggested her dad move in with her, much to her mother’s dismay.

“My mom just didn’t understand that although I respect where she’s coming from as him being her husband, he’s also my dad. So if I see them bickering left and right and ultimately, the house is her house, it’s easier for me to remove him from the situation than remove her and that caused a lot of chaos,” she explained.

As for where they stand today, Jennifer revealed nothing has changed.