Home Real Housewives of Beverly Hills News RHOBH’s Teddi Mellencamp Responds to Denise Richards’ Claim That She Was the One Who Told Her About Saying ‘Bravo, Bravo’ During Filming, Claims Dorit ‘Loves to Come at Her’ and Admits She Took a ‘Beating’ Over Puppy Gate

RHOBH’s Teddi Mellencamp Responds to Denise Richards’ Claim That She Was the One Who Told Her About Saying ‘Bravo, Bravo’ During Filming, Claims Dorit ‘Loves to Come at Her’ and Admits She Took a ‘Beating’ Over Puppy Gate 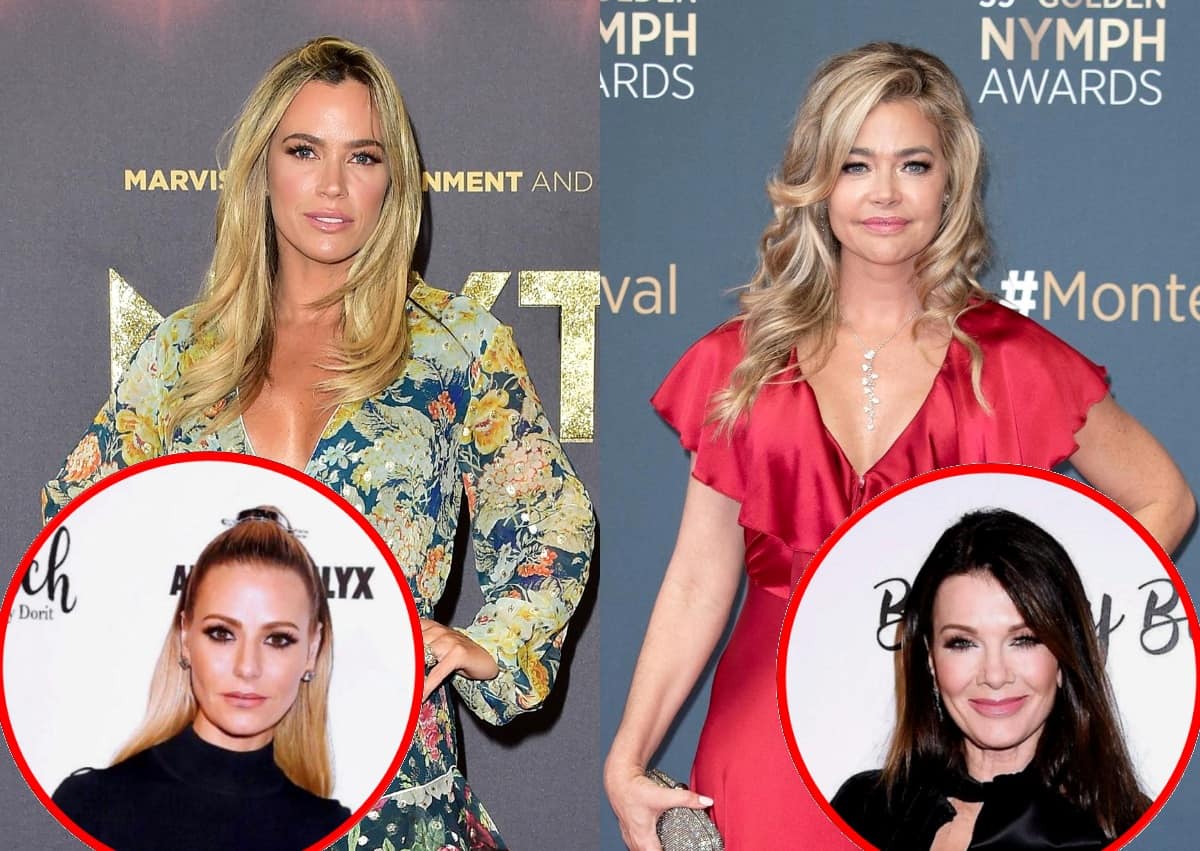 Teddi Mellencamp is responding after being called out by Denise Richards for allegedly informing her about the “Bravo, Bravo” secret cast members use when they don’t want something seen on The Real Housewives of Beverly Hills.

After Denise was seen yelling, “Bravo, Bravo, f**king Bravo,” in a sneak peek at a future episode of the show, Teddi suggested she was drinking and tweeting before hinting Denise will not be a part of season 11, accusing her of trying to control the narrative of season 10, slamming Dorit Kemsley for her name-calling, looking back on Puppy Gate, and subtly shading Lisa Vanderpump.

“I was like, is that Denise writing me or Casa Migos?” Teddi recalled during a video interview with Entertainment Tonight. “I’m confused.”

According to Teddi, she’s never said “Bravo, Bravo, Bravo,” and believes that if she had, it would have been seen on the show. Meanwhile, Teddi claims Denise used the term on a number of different occasions throughout the season.

“I don’t know what that tweet meant. I would have written something sassy back if I understood [what she was saying],” Teddi explained.

While Teddi said she thinks Denise will attend the upcoming reunion due to the press she’s been seeing from her, she didn’t seem too sure that Denise would be part of season 11 and after being asked if there was still room for Denise in the group, she said, “I think she’ll be at the reunion.”

As seen in the trailer for RHOBH season 10, Denise will face allegations of a romance with Brandi Glanville later on in the season but according to Teddi, that’s not the main reason she and her castmates feuded with her.

Teddi then said that both Denise and Brandi spoke to the press about their rumored affair in an effort to “get the audience to see whatever it is that they want [them] to see prior to watching the show.”

“By both parties doing that, it made it harder because everyone is going into the show assuming it’s one thing when it’s not,” Teddi explained. “You’re trying to control a situation that can’t be controlled.”

In addition to tension with Denise, Teddi also experienced challenges with Dorit, even though they had a number of fun moments together.

“Dorit loves to come at me,” Teddi shared. “It’s like her favorite thing ever. [We] can laugh and have fun together but the second we disagree on something, it’s like… bam. She’s down to call me names whenever she gets a shot.”

Looking back on the Puppy Gate storyline of RHOBH season nine, Teddi admitted that she feels as if many viewers haven’t yet forgiven her.

“I kind of have to laugh at it and be like, ‘At some point, they’re going to see who I am and be okay that I made a mistake.’ I really thought [it] would be okay because I was honest. I came forward with the truth. No! That was a brutal beating,” she explained.

Also during the interview, after being asked about the way the cast changed after Lisa’s exit last June, Teddi suggested that everyone loosened up after she was gone.

“Immediately from the time we started filming this year, it felt different,” she said. “It felt like everyone’s guard wasn’t up.”

Teddi also addressed newbie Sutton Stracke calling her “boring” which ultimately led to Teddi breaking down in tears. Teddi seems to suggest that Sutton was researching the cast before filming started.

“There’s more that she says that actually really sets me off. I was like, ‘Sutton, come on. Do you research somewhere other than Twitter?’ Maybe try talking to me for more than 10 seconds and not about couture and then let’s see where we go,” shared Teddi.

The Real Housewives of Beverly Hills season 10 airs Tuesdays at 9 p.m. on Bravo.