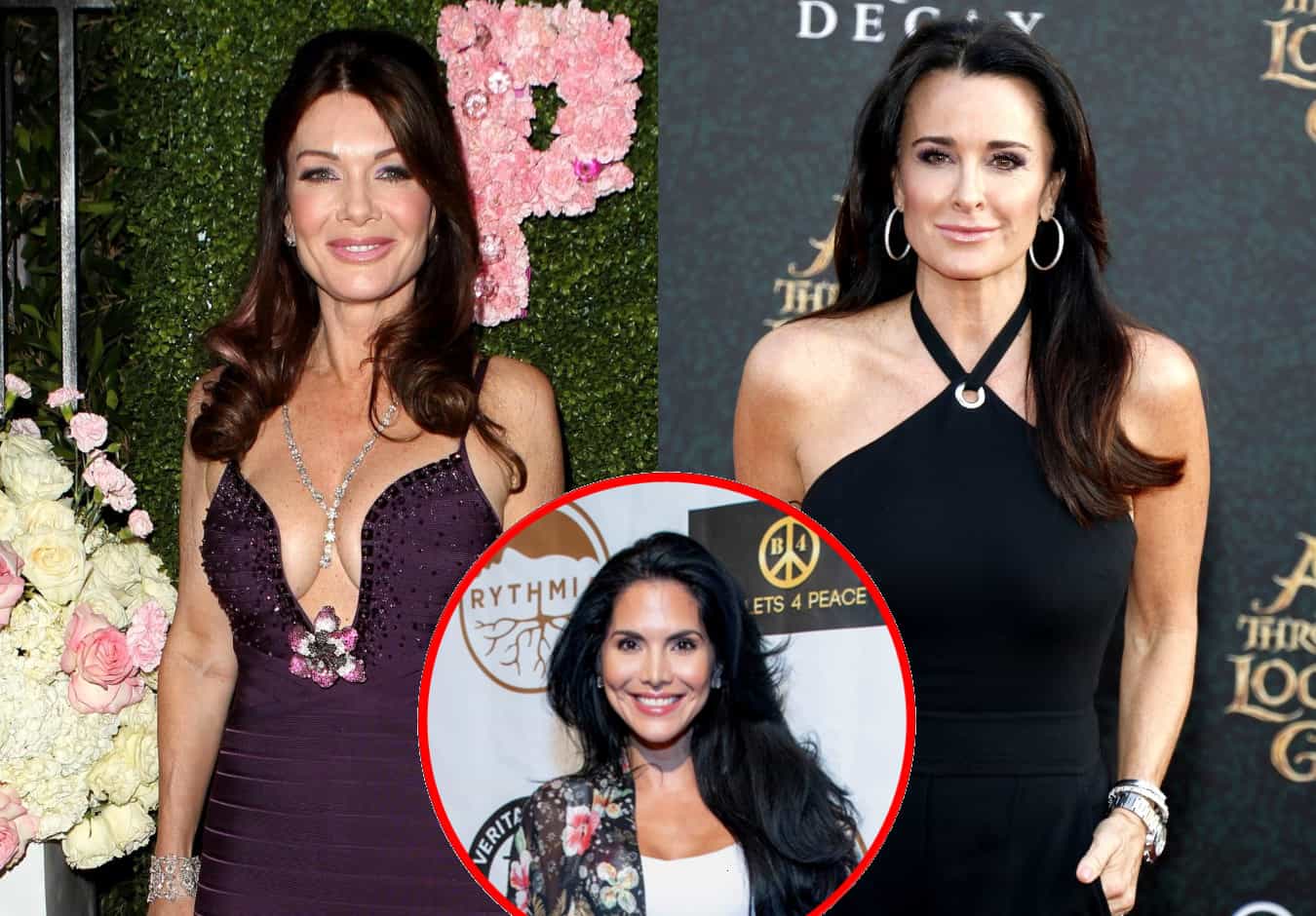 Does Lisa Vanderpump believe her former friend Kyle Richards could have been responsible for leaking the Puppy Gate story during the fourth season of The Real Housewives of Beverly Hills?

During the ninth season of the RHOBH, Lisa’s co-stars claimed that the use of the English term “creature” in Radar Online’s story about Puppy Gate was a sign that Lisa had been the one to share information with the outlet.

Therefore, Lisa found it rather curious this week when Kyle used the word “creature” in the caption of one of her recent Instagram posts.

“Perfect way to start of the week with this beautiful creature #fable thank you littlehorseontheprairie we are in love,” Kyle wrote in the caption of an Instagram photo shared earlier this week.

After seeing the post on Twitter, a fan told Kyle that her post was “very [Lisa Vanderpump]” as another person posted a GIF of a nun rolling her eyes.

In response, Lisa, who was previously accused of leaking the story to Radar Online about a dog Dorit Kemsley adopted from Vanderpump Dogs ending up at a shelter, wondered why Kyle would be using the supposedly English term “creature.”

“Beautiful ‘creature’ who says that lol?” Lisa asked. “I thought it was an English term that’s what many told me….”

Beautiful “ creature” who says that lol? I thought it was an English term that’s what many told me….

In a separate tweet, Lisa admitted that her former co-star, Joyce Giraud, gave her a heads up about Kyle potentially taking her down.

After receiving a message of love and support from Joyce on Twitter, Lisa responded by saying that she should have listened to her former co-star years ago.

“It’s over now the worst year of my life…Onwards and upwards. I should’ve listened to you four years ago. Ugh, we live and learn,” she tweeted.

Following her post, a fan tweeted back to Lisa, asking if Joyce was a better friend than Kyle and wondering if Kyle attempted to enlist Joyce to go against Lisa during season four.

“Looove Joyce, yes she told me that,” Lisa replied, noting that Joyce had allegedly been told, “Let’s take LVP down.”

“That was the order,” she explained.

Looove Joyce,yes she told me that.
“Let’s take LVP down”
That was the order.

The Real Housewives of Beverly Hills season 10 is expected to begin filming sometime later this summer.