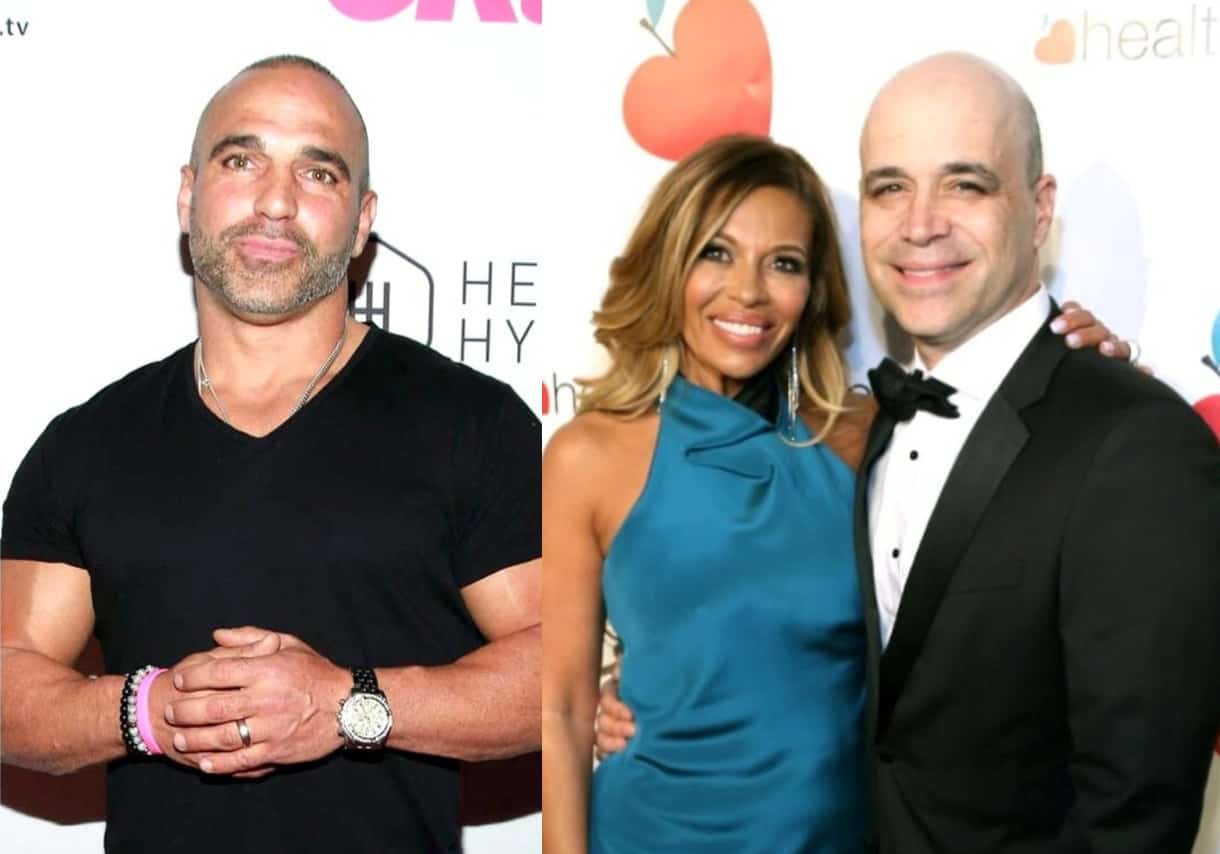 Joe Gorga may have developed doubts in Dr. David Principe after learning he would not be proposing to Dolores Catania, but after experiencing what it’s like to be a patient of the doctor, he’s eating his words.

Following a stint in the hospital amid a bout with kidney stones, the Real Housewives of New Jersey husband admitted that when it comes to his current thoughts about Dr. David, he has only good things to say about Dolores’ partner.

“Let me tell you something about Dr. David. This man, unbelievable,” Joe admitted on the May 5 episode of the RHONJ: After Show. “The way he took care of me, the way he made sure I was taken care of, the way he followed up with me… We always spoke that the guy works a lot but he works a lot because he really cares about people and he loves his job.”

As RHONJ fans will recall, the women of the show were enjoying a girls’ day at a winery on the latest episode of the show when Melissa Gorga suddenly had to make a quick exit as she rushed to the side of Joe, who was dealing with excruciating pain.

“That was so scary actually. He’s not one to really complain. But then my little Gino calls me, my son, and he’s like, ‘I think daddy’s dying or he’s drunk. He’s falling into the walls.’ It was 9 o’clock in the morning, I’m like, ‘Joe’s not drunk,’” Melissa recalled. “So… I had to go. I had to run to him and it was kidney stones and we did see David. David is the one that helped us at the hospital.”

After Melissa left the event to tend to her husband, Dolores laid into her castmates for talking about her and Dr. David’s relationship behind her back.

“I don’t hold things in. The ‘broken woman’ that I am, I confront people,” she stated, giving a nod to Joe’s past accusation. “If something’s bothering me, I say what I have to say. I talked to everybody about how I felt but Melissa and Joe weren’t there because David was in the hospital with them.”

Dolores went on to say that she found it ironic that Joe ended up in the hospital being treated by Dr. David.

“Joe is busting David’s balls at the party, like, ‘Oh, what’s he delivering? A million babies?’ And then it turns out the next day Joe gets kidney stones. And that’s the same thing as passing a baby for a man,” she noted. “David kept checking on him. David wanted to take care of him. David wanted to go to the house and see how he was doing. It’s David’s passion to take care of people. That’s not such a bad guy.”

According to Dolores, Joe had kind things to say to her about Dr. David after he was treated.