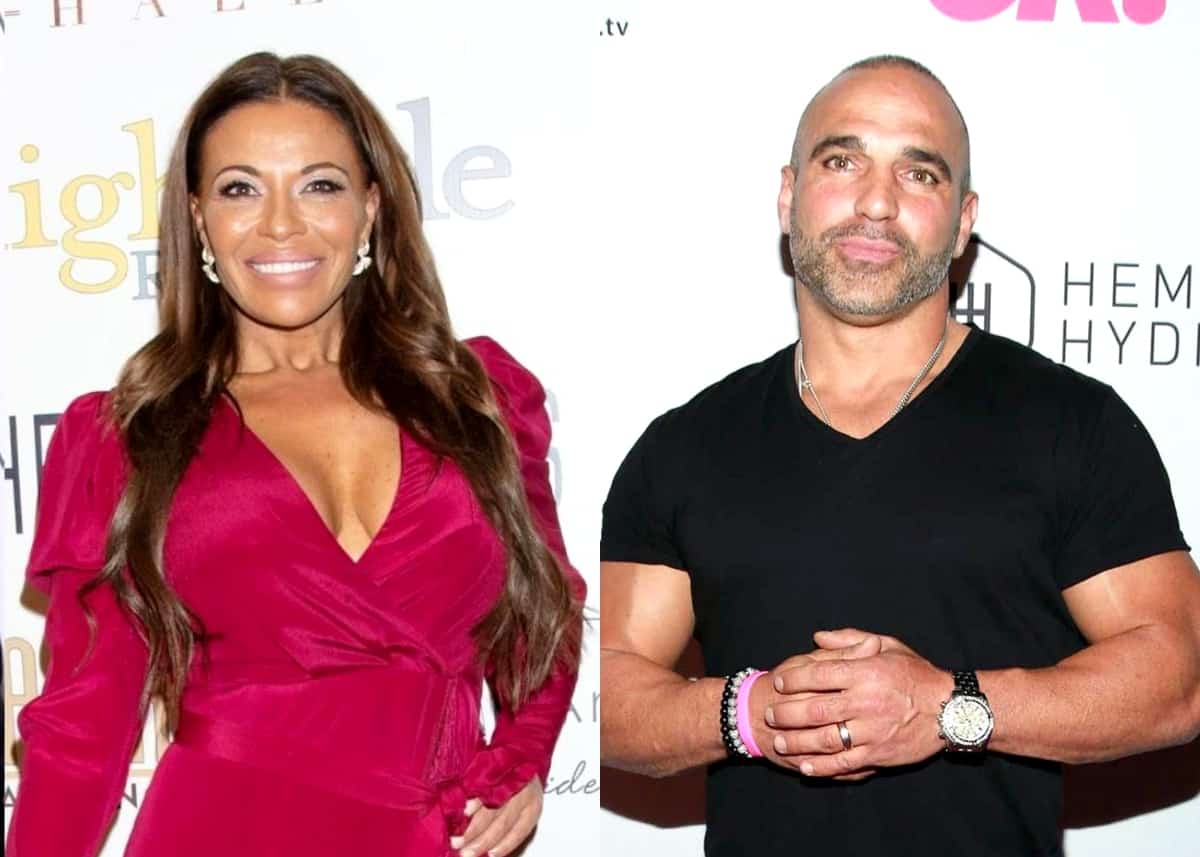 Dolores Catania is clapping back at Joe Gorga for suggesting she is a broken woman on the latest episode of The Real Housewives of New Jersey.

After Joe spotlighted her past heartbreak and the rest of the cast questioned why her boyfriend, Dr. David Principe, bought her a Porsche instead of an engagement ring for her 50th birthday, Dolores confirmed she’s far from broken before commenting on Joe’s relationship.

When other members of the show then wondered if she was hardened due to past hurts, Dolores denied that as well.

“Afraid to be vulnerable? No. It’s my choice when I want to be vulnerable,” she explained. “When I meet somebody or when somebody comes into my life who breaks that down, then I become a little vulnerable. But right now, that’s not the state I’m in.”

As for her thoughts on Joe’s marriage to Melissa Gorga and Jackie Goldschneider‘s marriage to Evan Goldschneider, Dolores said Joe and other cast members likely can’t understand her relationship because they are too “co-dependent” to do so.

During another segment of the RHONJ: After Show, Dolores reacted to her co-stars’ comments about David.

“Apparently, some people at the party were like, ‘Oh, she should’ve gotten a ring instead.’ Well, David and I had already decided that that’s not where our relationship was,” Dolores explained. “I’ve now cultivated this life and I’m very happy. I have freedom. I’m enjoying my new life.”

“The guy buys me a Porsche for my 50th birthday, gives it to me early and everybody’s sh-tting on it, basically, because they’re like, ‘Instead of a ring you got a Porsche,’” Dolores continued. “I’m happy with my Porsche. I’m not complaining.”

Dolores went on to say that her castmates were completely out of line to speak about David and his supposed effort to distract her from her dreams of an engagement with the pricey vehicle.

“Don’t insult the man. The f-ck? Who does this to a friend? That’s catty bullsh-t. That’s sh-tty schoolgirl stuff,” she stated.

“The fact that they, a bunch of p-ssies, talk about my relationship at a party in front of a bunch of people I don’t know with the chance that it could get back to somebody who I care about very much and who would be there for them if he ever needed him in a second, I don’t appreciate the disrespect and I won’t allow it,” she added. “It pushed me over the edge. They took the respect that I gave them to have an opinion in my life and went overboard with it and that’s where I got extremely angry and now they’ve lost the chance to give me opinions.”