Home Real Housewives of New Jersey News Melissa Gorga Denies Faking Marriage Issues on RHONJ, Accuses Joe Giudice of Using Her to Make Money With “Clickbait” Articles and Claims Jennifer Will Do “Anything For Attention”

Melissa Gorga Denies Faking Marriage Issues on RHONJ, Accuses Joe Giudice of Using Her to Make Money With “Clickbait” Articles and Claims Jennifer Will Do “Anything For Attention” 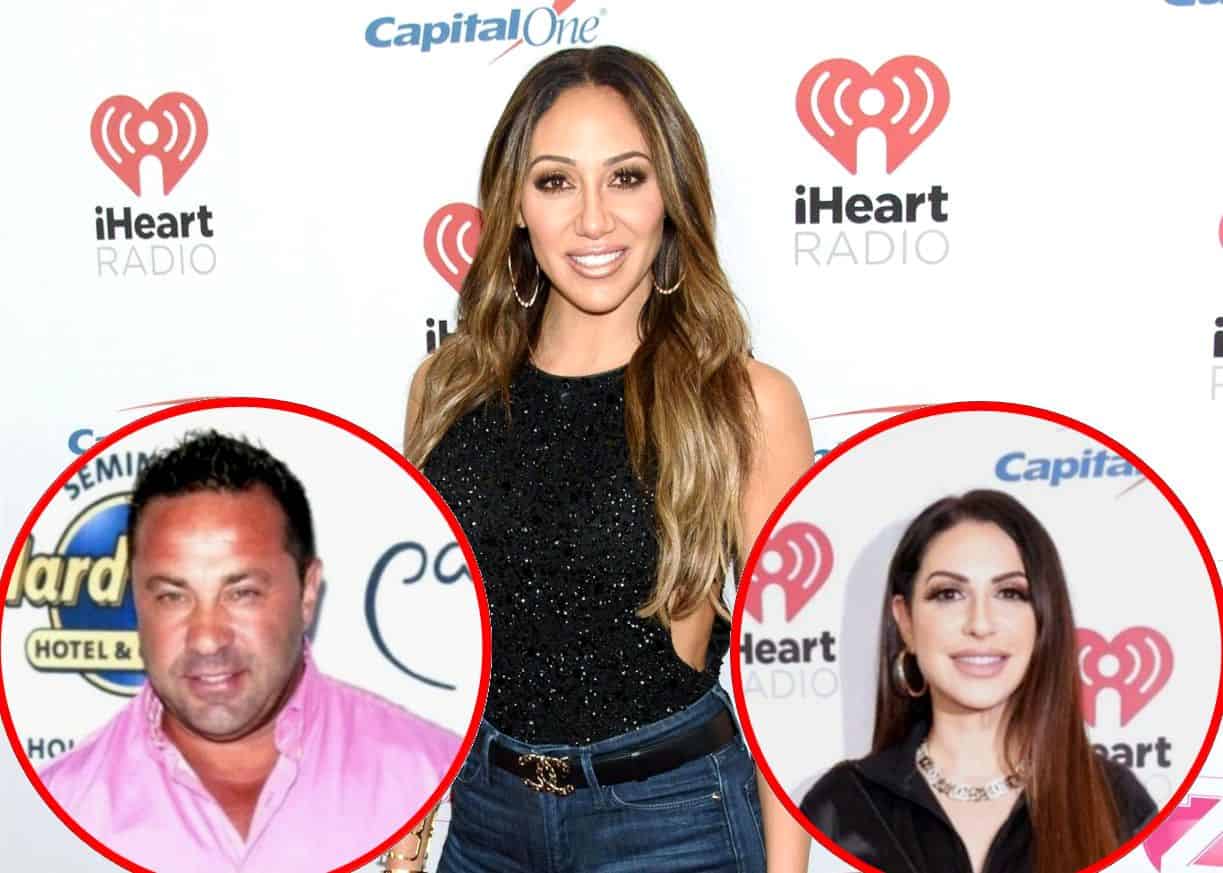 Melissa Gorga is insisting that the marriage drama viewers have been seeing between her and Joe Gorga on The Real Housewives of New Jersey is “really real,” despite claims to the contrary.

After facing claims of faking her marital issues, Melissa opened up about her relationship with Joe before taking aim at her “wannabe” castmate, Jennifer Aydin, and saying that she’s actually happy to help Joe Giudice make money with his “clickbait” articles, many of which are aimed against her and her husband.

“It’s so real,” Melissa confirmed of her marital struggles to Entertainment Tonight on March 31. “Bravo’s not down with that. You start doing any of that, you’re gone.”

According to Melissa, she began facing challenges with Joe as she evolved as a woman after years of marriage.

“I was only married for four years before I had been on TV. I don’t think anyone understands, almost my whole married life I am on reality TV,” she explained.

While Jennifer has pulled her struggles into question, Melissa found that to be quite ironic.

“The funny thing is, like, that crazy Jennifer… She’ll say, ‘Oh, fake this and this.’ No. It’s actually really real. And I don’t even want this to be real. And it is,” she shared, adding that Jennifer talks about her because she “never has anything” else going on.

“She just goes for, ‘Let me talk about Melissa so maybe people see my name talking about Melissa,'” Melissa said. “She’s such a wannabe. She goes from the first season, like, ‘Oh my god, I don’t drink. I don’t drink.’ You’re laying on the floor bombed like you’re in a sorority! It’s ridiculous. She will do anything for attention.”

As for her thoughts on Joe Giudice, the RHONJ star said she’s “happy to help him make money” as he continues to bash her in articles.

“I really am. Link in bio,” she joked. “I am his clickbait. ‘Screw Melissa, I hate…’ [Teresa’s] like, ‘Take his name out of your mouths.’ Really? Because I don’t care — ever — to bring him up, believe me that. So it just gets very one-sided.”

While Giudice is seemingly allowed to say whatever he wants about the Gorgas with no consequences from ex-wife Teresa Giudice, Teresa does not like it when the Gorgas speak negatively about Giudice, even in regard to his treatment of Teresa.

“Joe gets very insulted, which I have to agree with him. I feel his pain,” Melissa shared. “Even when we’re backing [Teresa] up, and we’re taking [her] side — ‘You were the best and you deserve better’ — we’re still saying it wrong. It’s that situation where, you’re damned if you do, damned if you don’t.”