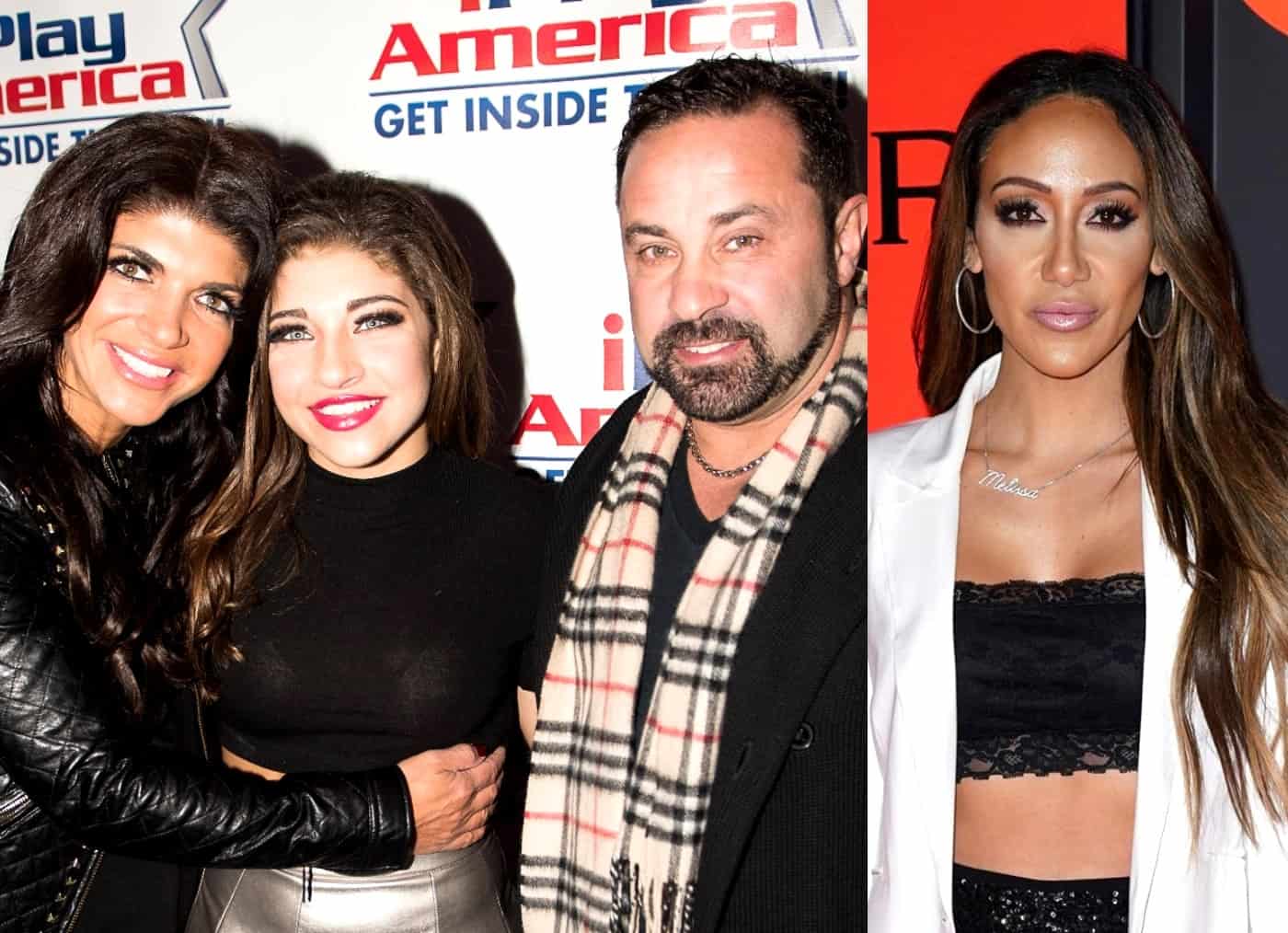 The ongoing feud between Joe Giudice and Melissa Gorga isn’t cooling off anytime soon as Joe is slamming Melissa again as he’s also reacting to the ‘cocaine’ analogy Jackie Goldschneider made about Gia Giudice on the recent premiere of the RHONJ during a fight with his ex-wife, Teresa Giudice.

During the Real Housewives of New Jersey season 11 premiere on Wednesday night, Teresa spread a rumor, which she has since admitted might be false, about Jackie’s husband Evan Goldscheinder allegedly having an affair at his gym. Even more, Teresa told multiple RHONJ costars about this rumor during the birthday party Jackie was throwing for Evan.

Once word got back to Jackie, she decided to confront Teresa about the claim and when Teresa refused to admit it wasn’t true, Jackie decided to make an analogy about Teresa’s daughter Gia, 20.

“OK well you know what? I heard that Gia snorts coke in the bathroom at parties,” Jackie said to Teresa. “I’ve heard it. I don’t know where I heard it, but I heard it from somebody. But it’s the same thing! How is that not the same thing?!”

While Jackie has since defended her words, claiming it was simply an analogy, Joe is now reacting to the comment and his ire seems to be directed at Melissa, who is close friends with Jackie, as he accuses Melissa of waiting six months to defend Gia.

“I don’t need an aunt to defend my daughter six months later!” said Joe to Celebuzz. “She should have known that it was a good time to talk when it happened! My family would have been on that lie when the incident happened. That’s what is true family is.”

While Melissa has called out Jackie since the RHONJ premiere, Joe still feels it’s a little too late.

“We don’t need auntie to step in six months later for a pay day!” Joe stated. “She defended Jackie for using a crooked analogy.”

He wrote, “Jackie is a very smart woman, but what she did was incredibly stupid. Analogy or not, you’re referencing a young woman and putting her name in a sentence that includes the mention of drugs on national television, knowing that is a false statement.”

According to the attorney, Jackie has issued a private apology to Gia.

“My understanding is that Jackie and Gia did communicate this week and Jackie apologized and I do believe her apology was sincere. Gia is an amazing young woman and both of her parents are very proud of her. This should have never happened,” he added.

As for Gia, she broke her silence on Friday, tweeting: “Saying it was an analogy is making it excusable, it’s not. My character is now being questioned. My name was used to make a point. No one should be used in that way, I am suffering the consequences for such an outlandish and untrue statement. While her marriage is happy & in tact.”

Saying it was an analogy is making it excusable, it’s not. My character is now being questioned. My name was used to make a point. No one should be used in that way, I am suffering the consequences for such an outlandish and untrue statement. While her marriage is happy & in tact