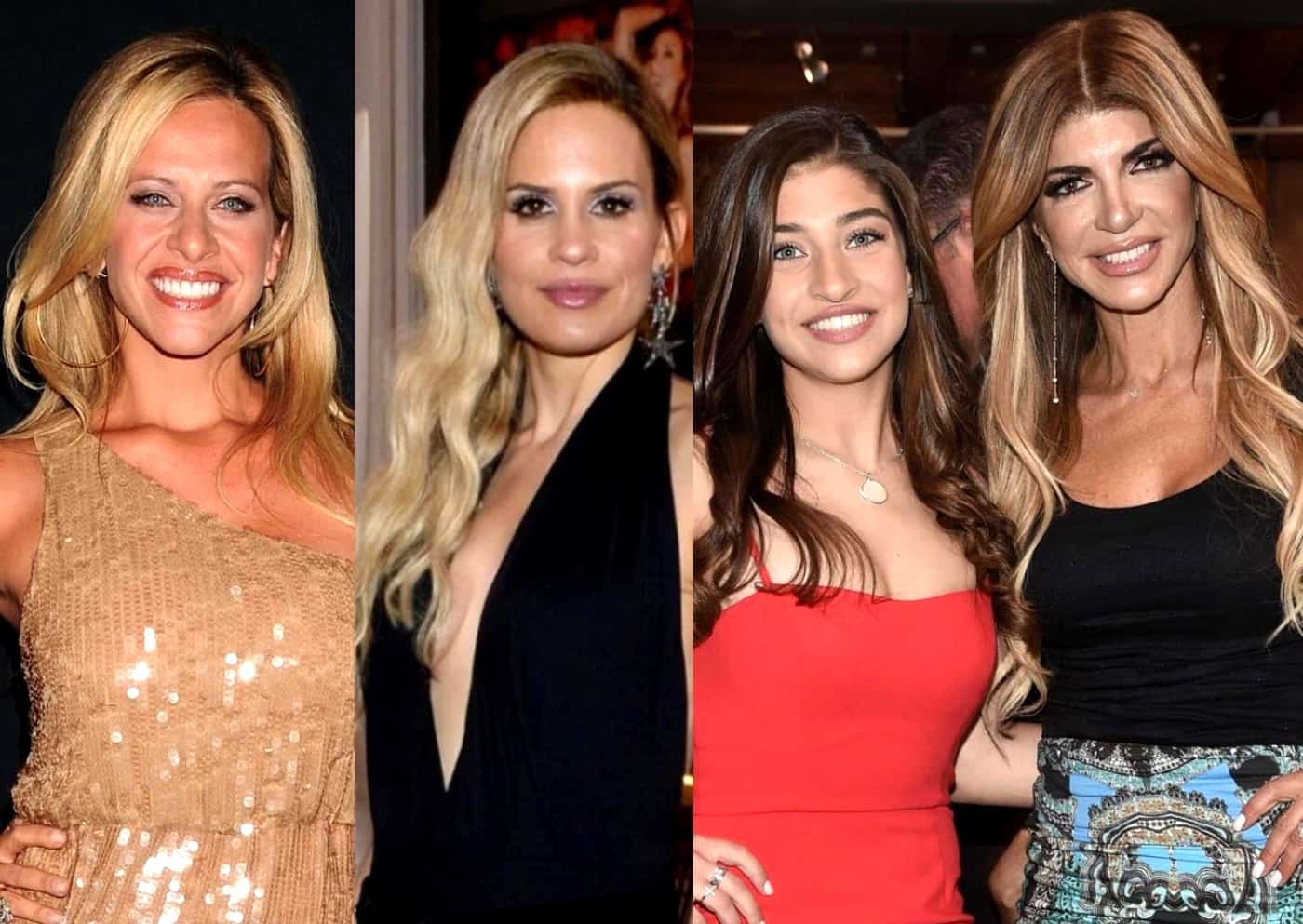 Dina Manzo is speaking out against Jackie Goldschneider following her “disgraceful” analogy about Gia Giudice using drugs in bathrooms.

After Jackie used the analogy amid a dispute with Teresa Giudice over her allegations of infidelity aimed at her husband, Evan Goldschneider, on the premiere episode of The Real Housewives of New Jersey, the former cast member addressed the controversy on her Instagram Stories.

“I did NOT watch but totally agree a GROWN woman should never use an analogy like this about a minor EVER,” Dina wrote, according to a screenshot shared by the Bravo Binger on Twitter. “Especially about our beautiful [Gia Giudice]. Jackie needs to make a PUBLIC apology immediately.” 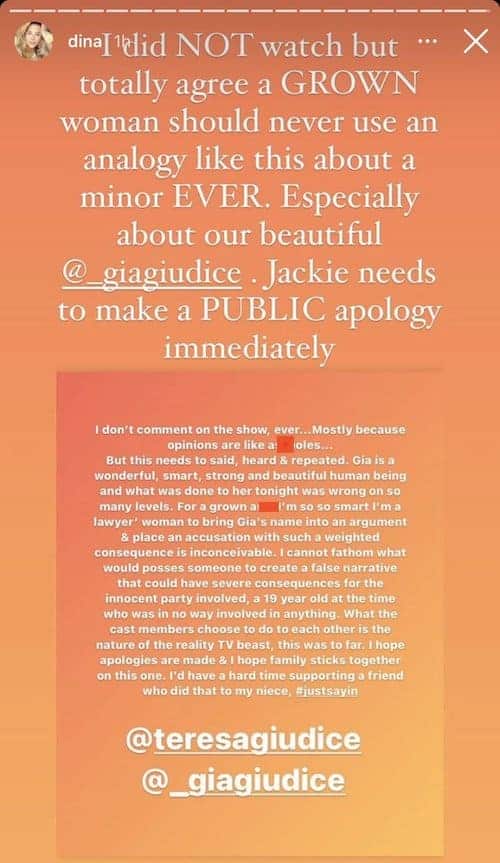 In related RHONJ news, the drama between Teresa and Jackie on-screen appears to be taking a toll on the friendship between Jackie and Melissa Gorga.

“You’ll see in the few episodes that follow that for a minute it does and it bothers both of us, but, you know, you’ll see how that plays out,” Jackie told Page Six on February 18. “It’s not possible to have a fight with somebody’s family member and for there not to be some kind of feelings.”

According to Melissa, she’s in a “tough spot” as Teresa, her sister-in-law, and Jackie, her close friend, remain at odds.

“I do get annoyed at certain things Jackie says and I get annoyed at things Teresa says and it puts me in a really bad spot because it’s, like, I love Jackie,” Melissa explained. “She’s a good friend of mine, but Teresa is my sister-in-law. So it’s like sometimes even when Teresa is wrong, it’s like I look horrible for just taking Teresa’s side, but what’s right is right and what’s wrong is wrong.”

“And … these two are like oil and water. They just don’t get along. And I just — like been there, done that. I know exactly how to handle Teresa. I know exactly what to do. I know what she’s going to get mad at, what she’s not going to get mad at. So I just look at Jackie sometimes and shake my head,” she continued. “I’m like, ‘Good luck with that conversation.’ She’s like, ‘We need to reason here.’ I’m like, ‘OK. I don’t know who you think you’re reasoning with, but have fun with that.’”