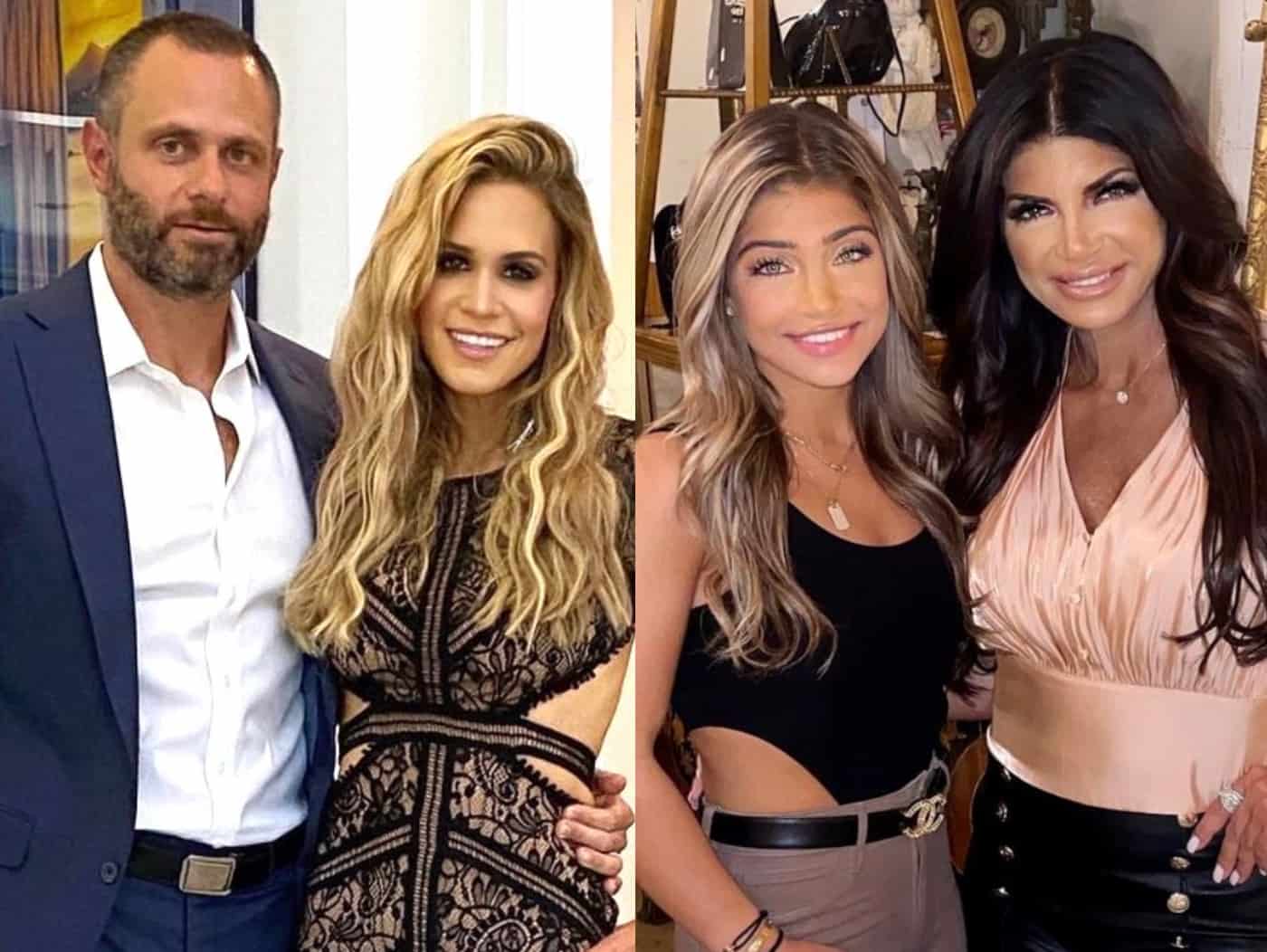 Jackie Goldschneider has no regrets when it comes to the shocking analogy she made about Gia Giudice using cocaine during the Real Housewives of New Jersey premiere on Wednesday night.

Although Jackie has been slammed by many for bringing Teresa Giudice‘s child up during their messy argument about a false rumor Teresa was spreading about Evan Goldschneider being a cheater, she is standing by her comment about Gia and revealing she’s actually “proud” of how she handled her castmate during their dispute at Margaret Josephs‘ home.

“I wasn’t starting a rumor about Gia. I was giving an analogy,” Jackie explained to Us Weekly on February 17. “I think that like almost everyone will say that that’s an analogy and the truth is that there’s no one else in Teresa’s life that I can make her understand. When you say something about someone you love, whether or not it’s true, it hurts. So, I don’t regret that because if I was saying something nasty about Gia, then I would regret it. But I was giving an analogy, which it was pretty clear to almost everyone.”

Jackie also told the outlet that she believes Teresa created the false rumor about her husband on her own.

“She doesn’t even know who told her. I don’t even think anybody told her. I think she pulled it out of her a**,” she said.

While Jackie certainly faced hardships after learning about what was being said about Evan during the season, she and her husband didn’t avoid the RHONJ premiere and actually watched the new episode together.

“It ended up being fine,” Jackie told Page Six.

That said, Jackie felt admittedly guilty about the way Evan was dragged into the drama of the show.

“I had a lot of guilty feelings because Evan’s not a cast member on this show. So for his reputation to be at the center of the drama was very unfair for him,” Jackie shared. “I feel like, ‘I’m on the show. It should be about me.’”

“My main concern was that he was represented fairly and that there wasn’t even a question about whether he cheated on me,” she continued. “That was never a question for us. The only reason I was upset was because of her trying to spread a rumor — not because I ever questioned my husband.”

Although Jackie was unsuccessful in her efforts to have Teresa admit that the rumor about her husband was false on the show, she said she is happy with how she handled their confrontation.

As for her thoughts on season 12, Jackie said that despite briefly walking away from filming during season 11, she’s not opposed to reprising her role on the series’ potentially upcoming season.

“I feel like this season, I went through a lot and I questioned a lot,” she said. “But I mean, when it comes down to it, I really love and care about the show. I feel like I bring something different to it and I would love to stay on it if they want to have me.”