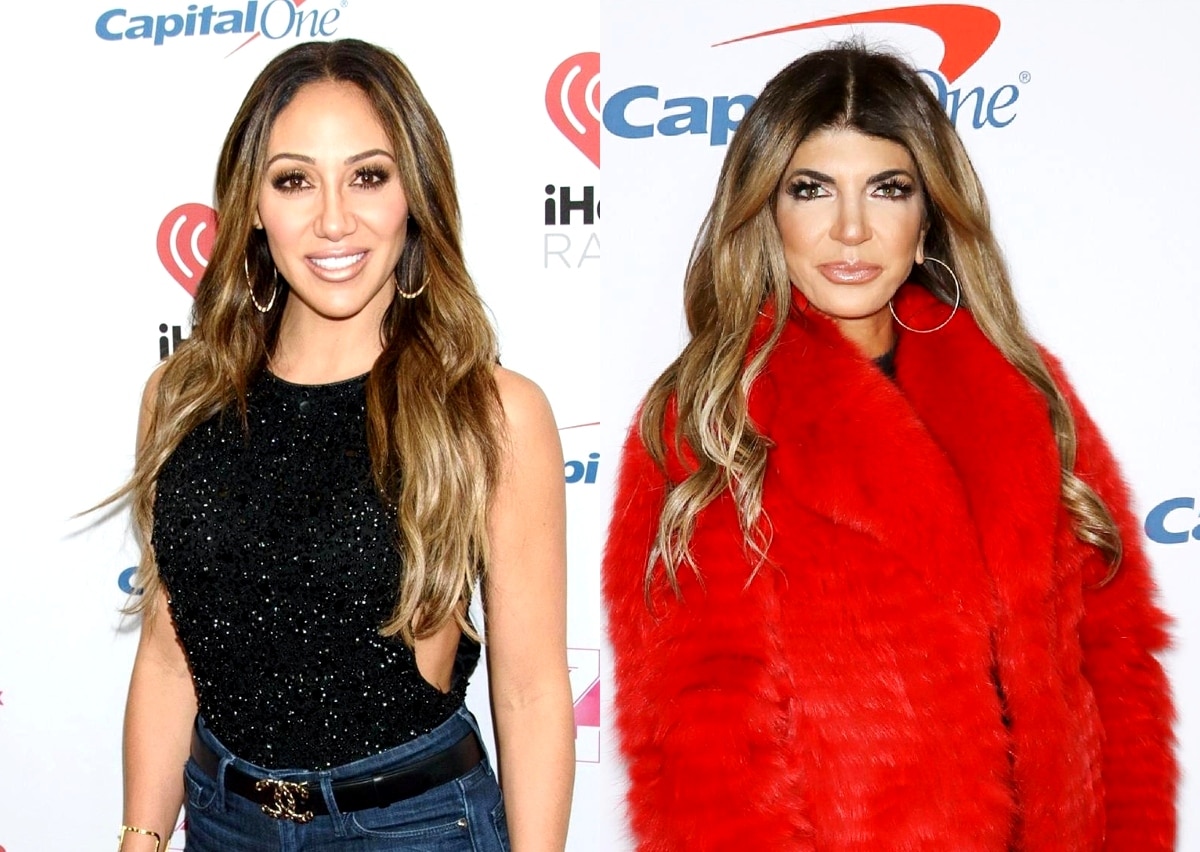 Will Teresa Giudice and Melissa Gorga ever just get along?

While the Real Housewives of New Jersey sisters-in-law are in a much better place than they were years ago, when Melissa and her husband, Joe Gorga, Teresa’s younger brother, reportedly joined the show behind Teresa’s back, a sneak peek at the Real Housewives: Ultimate Girls Trip makes it clear that there’s still some lingering tension between them.

In a cast confessional, while discussing her castmates, Teresa shadily pointed out that when it comes to Melissa, she’s not an OG of RHONJ.

“They’re not all OGs. Melissa’s not an OG. Just saying,” Teresa noted, failing to mention that Cynthia Bailey and Kenya Moore were also not OGs of their series, The Real Housewives of Atlanta.

Following the release of the RHUGT teaser, Melissa admitted that while she initially felt the ladies would stick to their co-stars amid filming, there was actually “conflict” between the castmates.

“I was just curious to see if the different cities were going to kind of team up together,” Melissa told Us Weekly in the magazine’s latest issue. “And what was interesting to me was that what I saw instead of the cities that came together in pairs teaming up together, it was almost, like, that’s where a lot of the conflict lied was between each other.”

As for Teresa’s shade, Melissa said that the drama between her and her sister-in-law seems to always return to her season three addition to RHONJ.

“It always comes down — when we’re gonna break the fourth wall — then it turns into like, ‘How did you get on the show?’ And then it turns into a conversation that Teresa and I will never agree on,” Melissa explained. “So we did have that conversation again, and I guess we’ll have to see how that plays out. But it’s one of those things where I just think Teresa refuses to this day to accept the fact that I am on this show and in a fair manner that I am on the show.”